Christian Horner has indicated that there are no reasons for Red Bull to change their driver line-up for 2022, describing the team as "very happy" with Sergio Perez's performances so far. 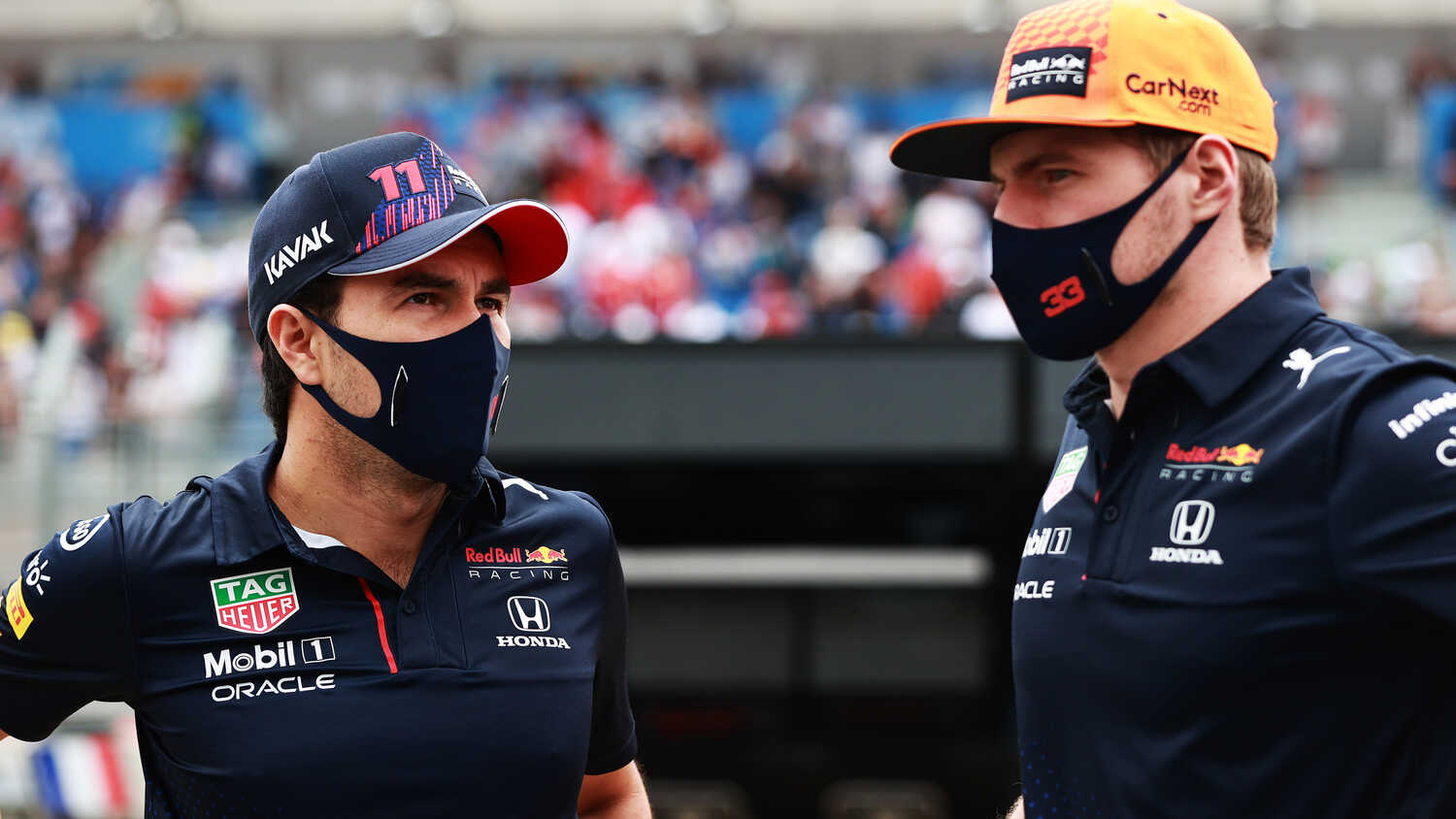 Red Bull Team Principal Christian Horner has indicated that there is no reason to change the squad's driver line-up for 2022, with Sergio Perez delivering what they hoped he would over the first half of the 2021 F1 season.

Perez has taken time to adapt to the unique nature of Red Bull's car, a situation that also played out with Pierre Gasly and Alexander Albon in previous seasons. He currently sits fifth in the standings on 104 points, 83 behind team-mate Max Verstappen in second.

But while the points gap to Verstappen is significant, as has been his pace deficit at certain races, Red Bull are pleased with Perez's overall contribution to the team.

Perez ensured that Red Bull still took victory at the Azerbaijan Grand Prix after Verstappen's dramatic tyre blowout, and has supported the Dutchman in the title fight against Lewis Hamilton and Mercedes.

"I think Sergio has delivered the role that we've been hoping for," Horner was quoted by Motorsport.com, as he assessed Perez's efforts.

"You saw that in Baku when he picked up a victory on the day that he was able to put Lewis under pressure.

"He's been collecting those Constructors' points, and playing the team game, as we saw at the French GP. He's a great team player and we're very happy with the job he's doing."

Horner feels that Red Bull's decision to go outside of their talent pool by signing Perez has been vindicated by his displays so far, adding that "we're in a good place" regarding both Red Bull and AlphaTauri's driver line-ups for 2022.

Gasly is enjoying a strong spell at AlphaTauri as the defacto team leader alongside rookie Yuki Tsunoda, and Horner is pleased with the dynamic.

"Our view has always been to give youth the chance and I think Red Bull, more than any other team, has done that," said Horner.

"But occasionally, you need to step out of the programme. I think it was a brave decision to do that, but I think it was the right decision. The dynamic in the team is working well.

"Pierre is doing a fantastic job at AlphaTauri, and is still very much a Red Bull racing driver, so we're in a good place."