Horner: Bottas has done a great job for Mercedes in taking out our cars

It was another frustrating race for Red Bull as Valtteri Bottas compromised their race on the opening lap. While Max Verstappen was able to carry on, Sergio Perez failed to finish which left Christian Horner frustrated. 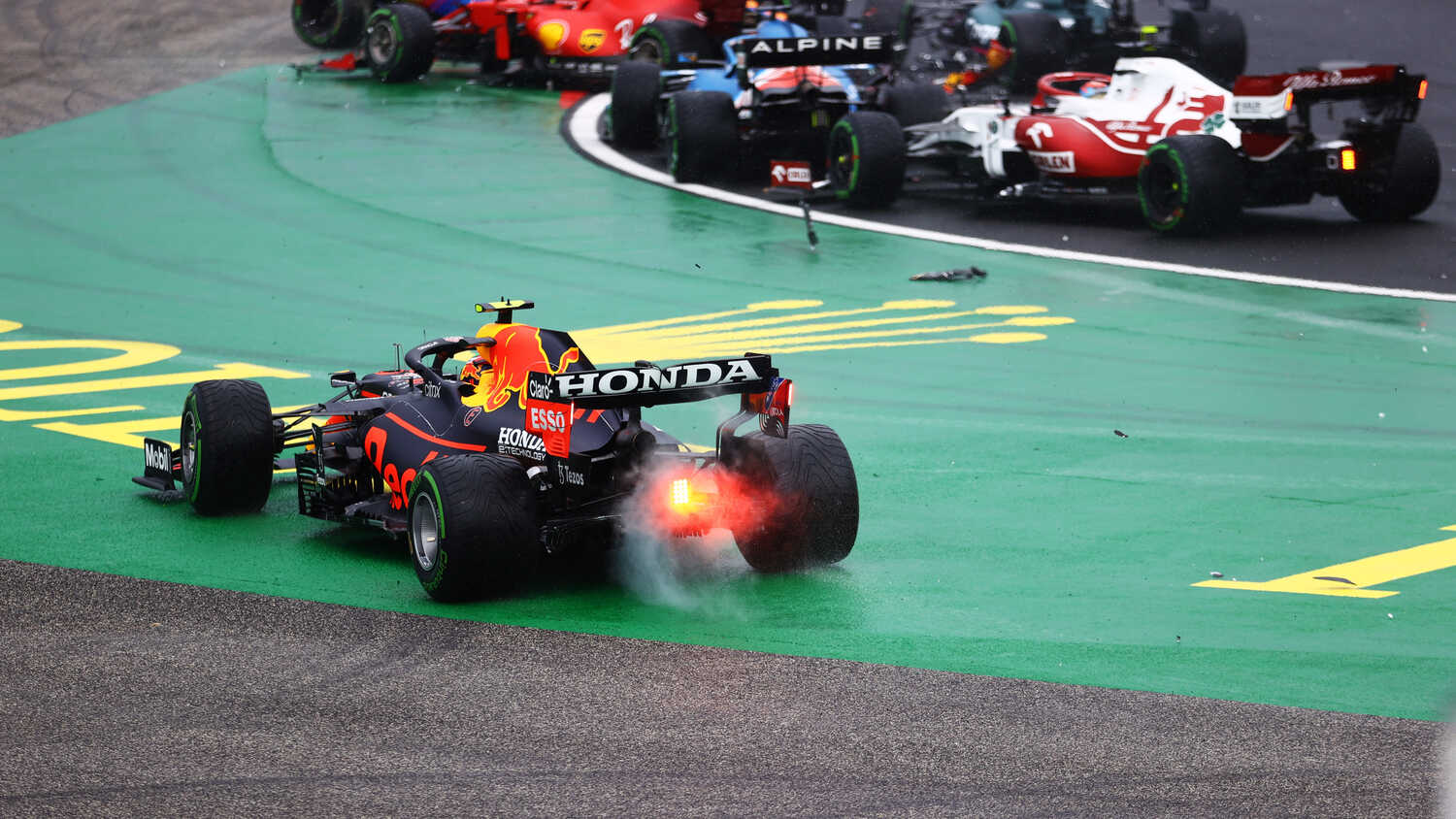 The Finn slammed into the back of Lando Norris in the run down to Turn 1, who in turn made heavy contact with Max Verstappen and Sergio Perez. The Mexican was forced to retire while Max could only muster a 10th place finish, a result that once again left Horner fuming with rivals Mercedes.

"I don't think there's anything we can do," Horner told RacingNews365.com and other members of the media. "I mean, that's the brutality of racing, isn't it?

"I think that you saw Valtteri make a poor start. He obviously misjudged his braking and he's done a great job for Mercedes in taking out both of our cars. There's a significant amount of damage, lost another engine with Sergio and obviously Max was hugely compromised.

"I have to say the mechanics worked wonders to get that car running again because just to get some of the pipes straightened on it for the fluids was an incredible response."

As for the championship, Verstappen now trails Lewis Hamilton in the Drivers' standings while Mercedes now lead in the Constructors'.

"Very frustrating but you know what, we're within the difference a first and second place in points difference as we go into the summer break," Horner added. "We've had some hugely bad luck the last couple of races. It's been been pretty brutal in damage and parts and engines, but we'll brush ourselves down and come out fighting for the second half of this championship, because, you know,

"Obviously it's been a tough couple of weeks, but things can turn around very quickly as you've just seen."