Hill: Ricciardo should have backed out of Bottas move

The Mexican Grand Prix was not a good one for Valtteri Bottas, whose race was greatly affected by a clash with Daniel Ricciardo on the opening lap. Whilst Ricciardo escaped punishment from the stewards, Damon Hill believes that the Australian was at fault. 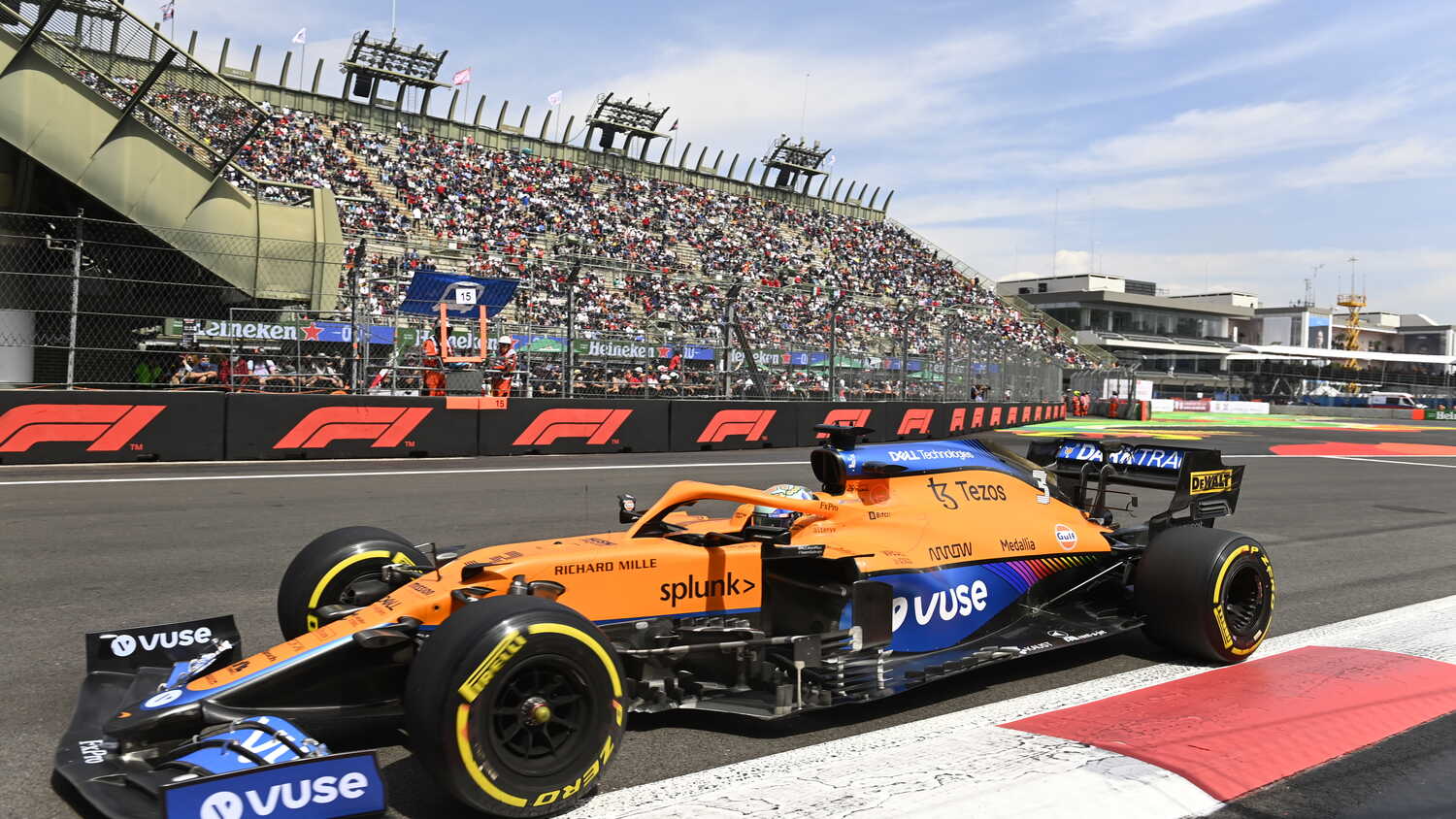 Damon Hill believes that Daniel Ricciardo should have backed out of the move that resulted in his clash with Valtteri Bottas on the first lap of the Mexican Grand Prix.

After battling with Lewis Hamilton and Max Verstappen at the start, Bottas was clipped by the McLaren of Ricciardo going into Turn 1 and spun as a result. Both cars pitted at the end of Lap 1, pushing them both towards the back of the field.

Bottas then spent much of the race behind Ricciardo, and neither driver was able to work their way back up to a points-paying position. The incident was not investigated by the stewards.

However, Hill thinks that the Australian could have taken avoiding action, though also admits that Bottas may not have taken the best line.

"[The racing line is] to make the corner as shallow as possible," Hill told the F1 Nation podcast. "Well he made it as tight as possible by going down the inside.

"You've got one option - you can stop and then turn right, which he couldn't do, or you can go straight across it. Basically what happened [is] he hadn't got enough [space], and it's the dirty side of the track.

"But Valtteri did cut into the apex, [and] I think it's always worth leaving a bit of space at the beginning part of the race. I used to try and look really vague about where I was going, then I'd hope that would put people off, not knowing whether I was going to go right or left.

"So taking the normal racing line into the first corner of a race was probably not a good move from Valtteri.

"[But] I think Danny should have backed out of that a bit earlier."

Ricciardo and Bottas have their say

Ricciardo - who eventually finished the race in 12th - admitted that he had initially been "kicking himself" about the move, but upon later reflection deemed it to be a racing incident.

"Looking now at the replay, I locked in the straight-line phase, and then actually recovered before turning in," Ricciardo told media including RacingNews365.com. "It looked like there was just not enough room.

"Valtteri came across probably expecting to have a bit of clear track. And then there was Perez and me, so I don't really blame Valtteri. Obviously, I'm the one that hit him.

"But looking at the replay, I just think it's a first lap incident and a matter of maybe me being optimistic. But I feel that it's one of those gaps that, if you don't go for it, someone else will and then you're going to get the short end of the straw."

Meanwhile Bottas ended the event in 15th and felt he had had an "unlucky" day, with a difficult pit-stop midway through the race adding to his woes.

"As I turned into Turn 1, I got hit from behind and spun around - then I was stuck in traffic and couldn't make progress," the Finn explained.

"I was giving it everything, but it was hard running in traffic because I was overheating the brakes and engine, so I couldn't get past the McLaren in front."