Hill: Masi's 'unfair' decisions were made under pressure 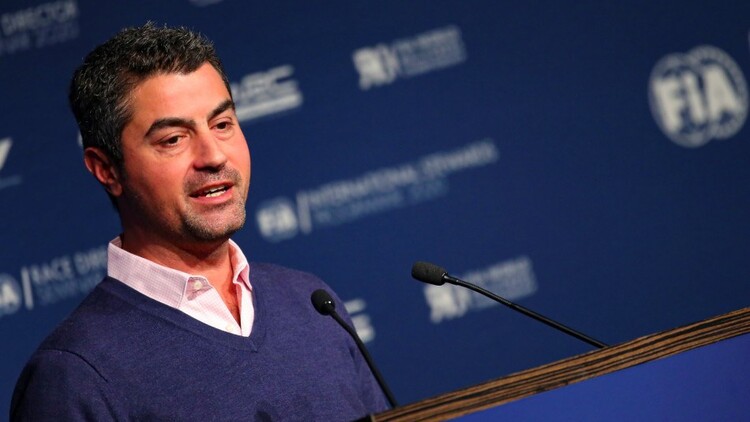 Damon Hill feels that the decisions made by FIA Race Director Michael Masi at the 2021 season finale in Abu Dhabi were made while under intense pressure to make the right calls and get the race back under way.

The 1996 World Champion took part in a special episode of The F1 Show on Sky Sports F1, where he was asked whether he felt the title finale between Lewis Hamilton and Max Verstappen had played out fairly.

"I think that obviously, the Lewis Hamilton fans feel very aggrieved, and Lewis Hamilton and Mercedes do because of the way the decision went – it disadvantaged them and they felt robbed," he explained.

"So there's a lot of ill feeling. Obviously, in the Dutch camp, they're very happy with the result, but was it a satisfactory way of deciding a championship? You have to say it was unsatisfactory, and I think it might even have been unfair.

"Because, if you look at it from the point of view of how the decision was made, it allowed some cars to unlap themselves, but not others. Now, that in itself is unfair. "

Hill on whether the F1 season finale was "manipulated"

Hill went on to explain that he felt the decision to only allow five of the eight lapped cars to unlap themselves was made as a result of Masi focusing solely on the title battle, rather than the race as a whole.

"What it resulted with is a focus on the two title protagonists," he explained.

"I don't think you can run a motor race or championship like that; you have to apply the rules equally to all competitors."

As for whether the result was manipulated by Masi's actions, Hill reckons Masi was under pressure to try to ensure that the race ended in a way that kept everyone happy.

"Manipulated is a very strong word," he said, when pushed on the matter.

"I think it was, in some sense, manipulated, because I think that Michael Masi was under pressure to allow this exciting, thrilling race to happen between the two drivers. And I think he caved into pressure from both sides.

"But possibly more from the attempt to let Max come through the field. And that's why he basically allowed only the cars between Max and Lewis to unlap themselves."