Hill: Hamilton has precious few opportunities to make up deficit

Lewis Hamilton might have had the momentum over title rival Max Verstappen at the Qatar Grand Prix, but Damon Hill believes the championship could still go either way. 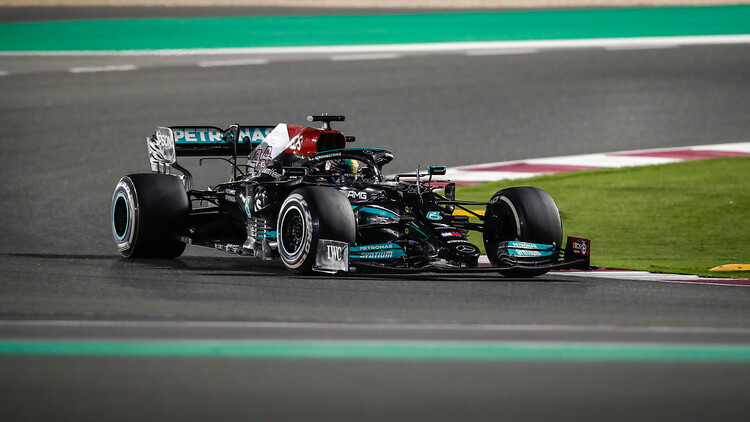 Damon Hill has warned that Lewis Hamilton has very few opportunities left to make up the deficit to Max Verstappen in the World Championship, despite the Mercedes driver's strong performance at the Qatar Grand Prix.

It was a dominant weekend for Hamilton, who won the race from pole position and was rarely challenged throughout. Verstappen finished second and also claimed fastest lap, and all of this resulted in Hamilton closing the gap to Verstappen in the standings to just eight points.

However, whilst Hill believes that Hamilton will be enjoying the pursuit, he also acknowledges that there is not much time left for the seven-time World Champion to overtake Verstappen, given that there are only two races remaining in the 2021 F1 season.

It is also mathematically feasible for Verstappen to win the title at the next Grand Prix in Saudi Arabia, something that is not possible for Hamilton.

"Lewis likes to be the hunter, doesn't he?" Hill told the F1 Nation podcast. "So he's happy where he is, hunting.

"But he's got precious few opportunities now to make up the deficit, and we have got a statistical situation now where he could lose the championship to Max.

"Max could win it in the next round at Saudi Arabia, if certain permutations take place."

Given how close the fight for the championship continues to be between Hamilton and Verstappen, Hill has reinforced just how quickly the result could switch depending on what happens to either driver in the final two Grands Prix of the year.

"It's the first time we've got all the way down to the last two races," the former F1 driver explained. "And this is the first time you could actually say, 'If something happens to one of the protagonists, the other guy's going to be the World Champion.'

"Well no, actually. It could only be Max [in Saudi Arabia], it couldn't be Lewis because he's got the deficit."

Would Hamilton finish sixth or lower?

One of the scenarios where Verstappen could claim the title in Jeddah would be if the Dutchman wins the race and Hamilton finishes sixth or lower.

However, this is something that Hill struggles to see happening, especially given Hamilton's recent pace as well as Mercedes team boss Toto Wolff's statement that their car will be fitted with the "spicy engine" - used to strong effect at the Brazilian Grand Prix - in Saudi Arabia.

"When was the last time he came sixth?" Hill said.

"[And] you've got this new engine, don't forget. Toto said they're going to put the 'spicy engine' in."