Hill: Everyone at Red Bull is wedded to Verstappen

Being Max Verstappen's teammate isn't easy, with both Pierre Gasly and Alexander Albon failing to make the position theirs. Damon Hill believes Sergio Perez's experience has helped him cope with the dynamic at the Milton Keynes outfit. 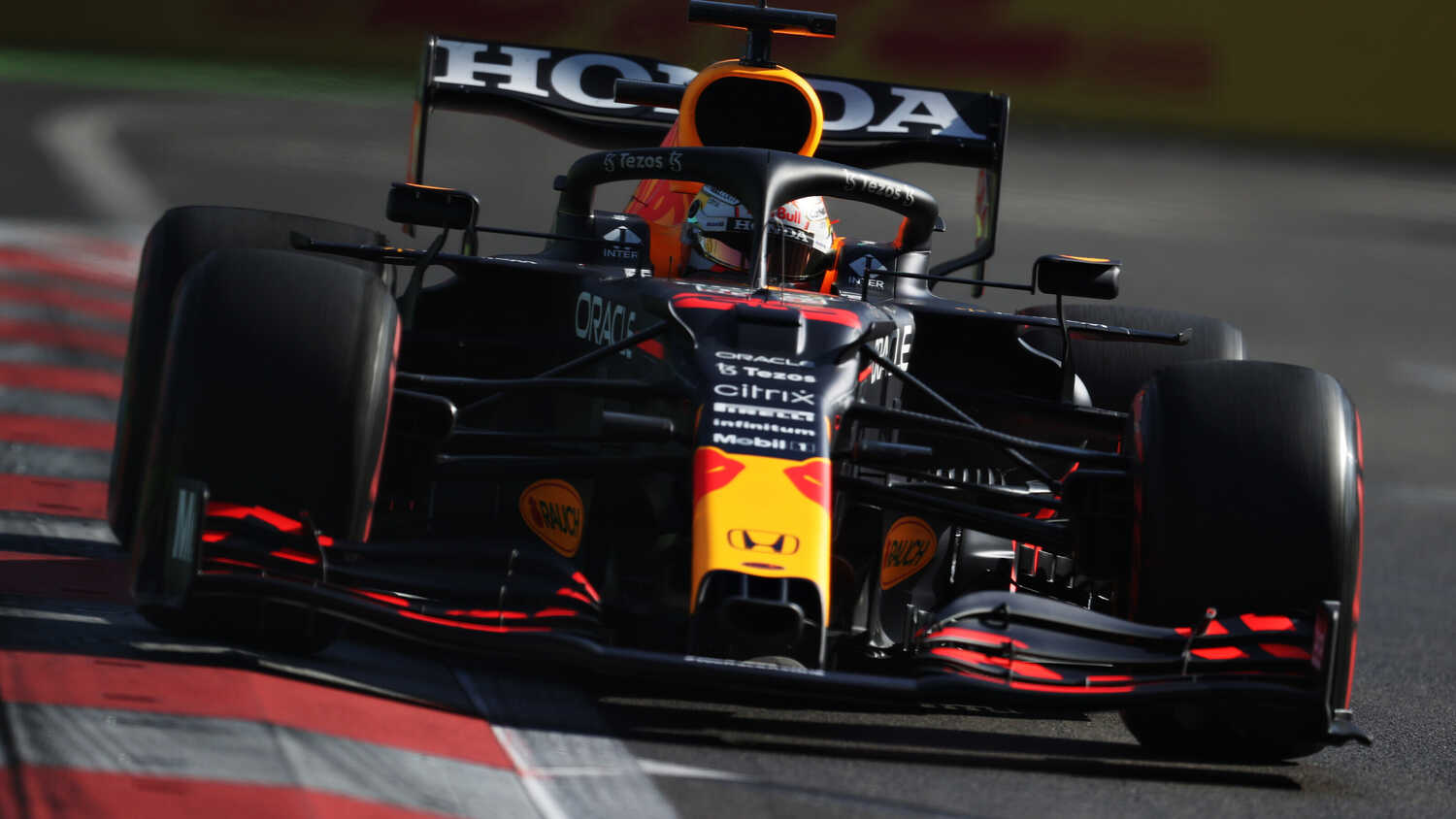 Although Damon Hill believes Max Verstappen is the apple of Red Bull's eye, the former F1 World Champion thinks the team have finally found a driver in Sergio Perez that is able to cope with the situation.

The Milton Keynes outfit have had a hard time finding someone to partner the Dutchman in recent years, with both Pierre Gasly and Alexander Albon failing to grasp the position. That looks to have changed following Perez's victory in Azerbaijan.

"I get the sense with Red Bull that Christian [Horner], Helmut Marko, the sponsors and everything, that they're all absolutely wedded to Max," Hill said on the F1 Nation Podcast.

"It's very difficult to move into that patch and feel comfortable, which is what Sergio is having to do now. But I think that's where his experience [has helped], he's a bit thicker skinned and he's able to cope with that."

Hill pointed to the dynamic between Lewis Hamilton and Nico Rosberg as an example of teams being divided, with team principals like Toto Wolff and Horner ultimately tasked with keeping everyone on the same page.

"It's very difficult to get a team that provides the same level of comfort to both drivers," Hill added. "I've always felt there's definitely a yin and yang thing going on in teams. If one driver's up, all the energy in the team goes to that driver.

"To actually turn that back in your direction is very, very hard. If you can do it, it's like water in a bathtub, it all slots to one end again. You are playing this fight all the time for the energy in the team. To stay on top and keep it all going your way means you have to beat your teammate. I don't know how you ever get a level continuum.

"We saw it at Mercedes with Nico, there were battles over mechanics. Eventually there was one year where they swapped mechanics, Lewis got Nico's and vice versa, to try and level it out. That's the job of the top, the Toto or Christian, to stop that [dynamic]."