Herbert exclusive: The question is whether Russell can handle the pressure at Mercedes

Speaking exclusively to RacingNews365, Johnny Herbert has said the big task ahead for George Russell is whether or not he can handle the pressure of expectation at Mercedes in 2022. 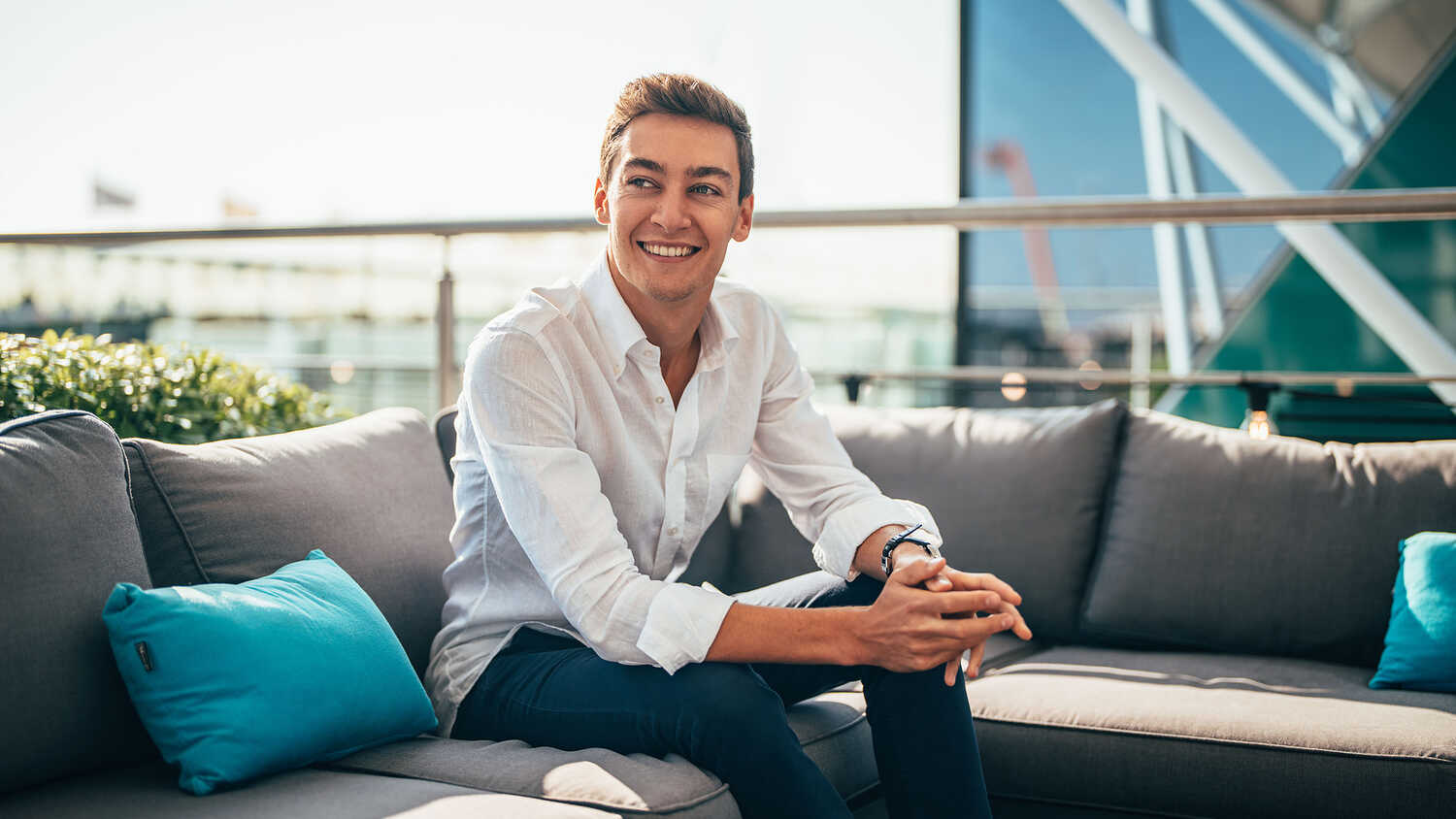 Johnny Herbert believes that the jump up the grid for George Russell next year raises the question of whether the young British driver can handle the pressure of competing for a frontrunning team on a consistent basis.

While Russell performed exceptionally well on his one-off appearance for Mercedes in 2020, Herbert highlighted that the constant expectation and requirement to bring home results next year will give Russell far more pressure than he's ever faced during his time in Formula 1 so far.

"Obviously Russell is a strong F1 driver, he has already shown that at Williams and his one-off appearance at Mercedes," Herbert said in an exclusive interview with RacingNews365.com.

"[But] it's quite different to fill in for Lewis Hamilton once, and to be Hamilton's teammate for an entire season, because it's incredibly difficult to have a driver like Hamilton or Max Verstappen as your teammate.

"Of course, Russell is a big challenger for Hamilton, because he has been performing incredibly well and consistently for years. However, the question is whether he can now handle the pressure at Mercedes because, at Mercedes, he ends up with a team where things are very different than at Williams.

"At Williams, George has a much slower car at his disposal and less is expected of him. At Mercedes, you are expected to perform every session, being reminded that you have to be at the front, and that comes with a lot of pressure."

Herbert says the relentless consistency of Hamilton as a teammate will cause Russell to either sink or swim.

"That is what makes Hamilton so good, because he can deal with the high expectations that the team has of him," Herbert said.

"Lewis always performs. When you look at Valtteri Bottas, for example, we know that he is also a fast driver, but it's not just about being fast, above all you have to be very consistent.

"Look at Pierre Gasly, for example, he did well at Toro Rosso, ended up at Red Bull where he struggled to be consistent, and then went back to AlphaTauri. There he now performs incredibly well every race and is consistent.

"So the question is how George or Pierre do at a team like Mercedes, where expectations are much higher. You have to deal with two kinds of pressure, the team expects you to perform, but the second pressure is your teammate.

"When you drive against Max and Lewis you will undoubtedly experience days and sessions where you get out of the car with a good feeling, look at the screen and suddenly see that you have been beaten by six-tenths by your teammate.

"The pressure that those moments give you, that's what it's about, you have to deal with that, because that's definitely not easy. That's going to be the difficult thing for Russell at Mercedes."