Ferrari have had many ups and downs since Jean Todt departed as team boss in 2007. Here's how his successors have fared at the helm of Formula 1's most illustrious team. 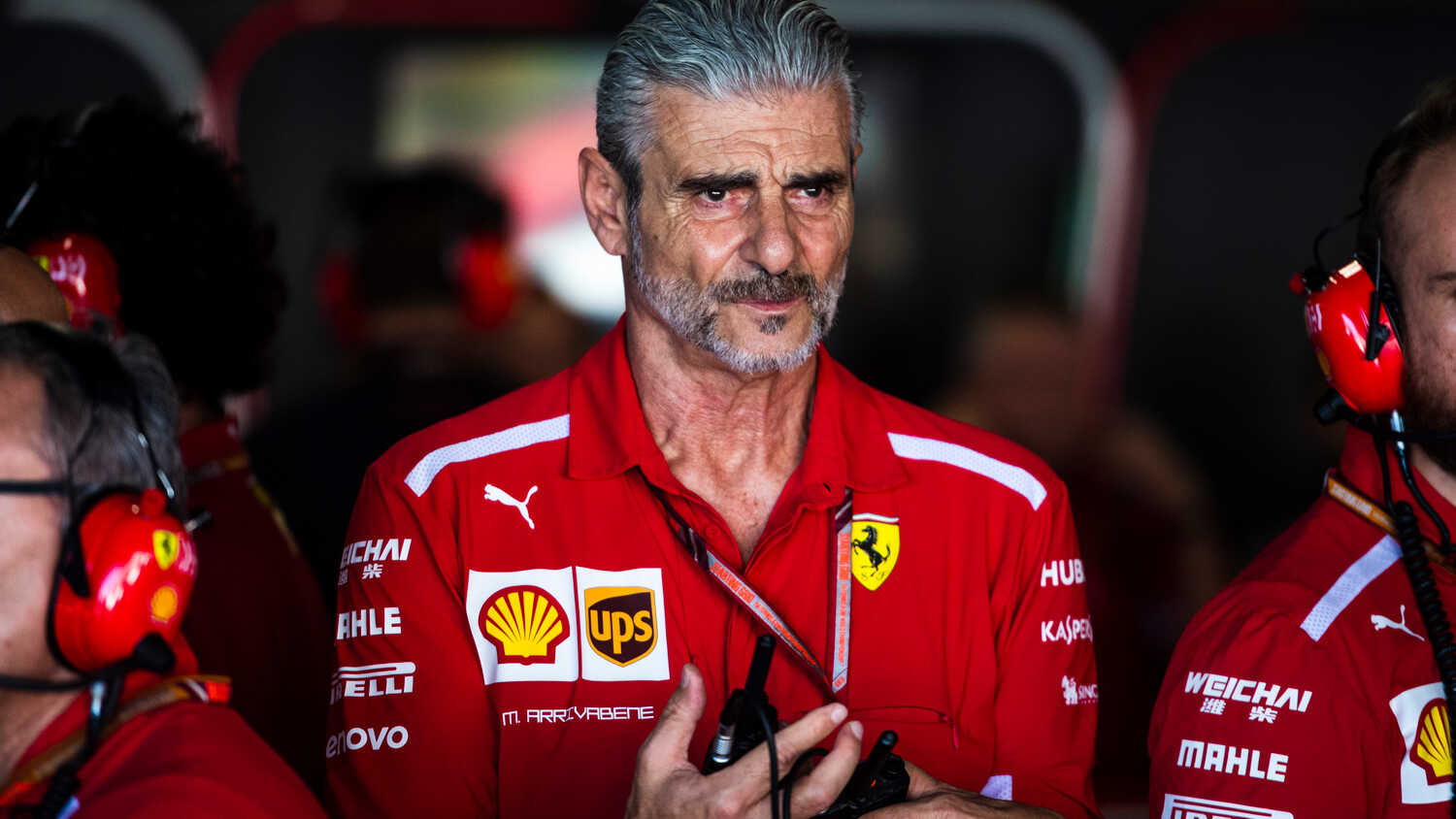 That title win marked the culmination of years of rebuilding the Scuderia from a chaotic, disorganised mess. The early 90s saw Cesare Fiorio, Piero Ferrari, Marco Piccinini, Claudio Lombardi and Sante Ghedini all have spells at leading the Scuderia.

Jean Todt was hired by Luca di Montezemolo in 1993 and, very quickly, his methodical and organisational prowess began to show through, with victories coming in 1995. After tempting Ross Brawn and Schumacher to join the team, along with Rory Byrne, more wins came the following year, followed by strong championship challenges over the next three seasons.

However, it wasn't until 2000 that the 'dream team' managed to win a title.

Having done it once, there was no stopping Ferrari and they swept all before them until 2005. Rule changes that forced teams to use a single set of tyres for a race finally halted the team's momentum but Schumacher once again mounted a strong title challenge in 2006.

The German ultimately lost out on the title, with Fernando Alonso winning instead, and change was in the air for Ferrari. Kimi Raikkonen was hired, with Schumacher essentially forced out of the team in favour of the Finn.

Raikkonen immediately won the title in 2007, the final year of Todt's leadership as Di Montezemelo promoted Stefano Domenicali to lead the Scuderia. 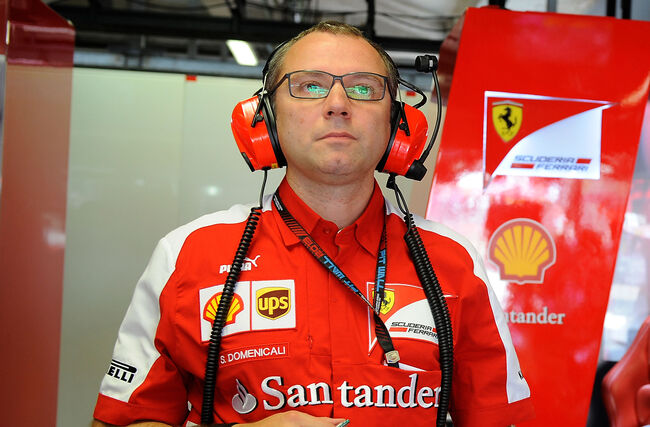 Stefano Domenicali was appointed to replace Jean Todt as Ferrari team principal in November 2007 and, with most of the 2008 development already complete by that point, oversaw a largely successful year.

Ferrari claimed eight race victories en route to the constructors' championship, but fell short of the drivers' championship as Felipe Massa was pipped to the title by McLaren's Lewis Hamilton.

Sweeping regulation changes came in 2009, including the introduction of KERS (Kinetic Energy Recovery System), and Ferrari were one of the few teams to include this burgeoning hybrid technology on their car.

However, the F60 disappointed overall and claimed just a solitary victory as Raikkonen exploited the KERS to get ahead, and stay ahead, of an arguably quicker Giancarlo Fisichella in the Force India at Spa. Having had a slow start to the new regulations, there were clear signs of progress by the end of 2009 and 2010 proved to be much more successful.

After bringing in Alonso to replace Raikkonen, the Spaniard almost won the championship. In prime position to claim the title in Abu Dhabi, Ferrari pitted Alonso in response to Red Bull bringing in Mark Webber. They believed Webber to be the main title contender from the team.

However, Sebastian Vettel remained an outside contender and pipped Alonso to the title by claiming victory while the Ferrari man settled for seventh after getting stuck behind Renault's Vitaly Petrov.

Ferrari took a step back in 2011, with the F150 less competitive against the mighty Red Bull. and the team settled for third overall, claiming just a solitary win that year. The following two years saw more of the same, with Ferrari there-or-thereabouts but ultimately unable to overcome Red Bull.

The start of the new hybrid regulation era and Ferrari's F-14T proved disastrous in 2014. Ugly to look at due to the new nose regulations, the Scuderia's power unit was also weak. Pat Fry and Nikolas Tombazis lost their jobs with Ferrari as a result of the poor car, with Domenicali also handing in his resignation shortly after the season began.

While his tenure at Ferrari resulted in reasonably consistent performances, the team never looked capable of becoming the outright top team over the course of his six seasons in charge.

Domenicali went on to become CEO of Lamborghini and, in late 2020, was announced as Chase Carey's replacement as CEO of Formula 1. He took up his new post in early 2021. 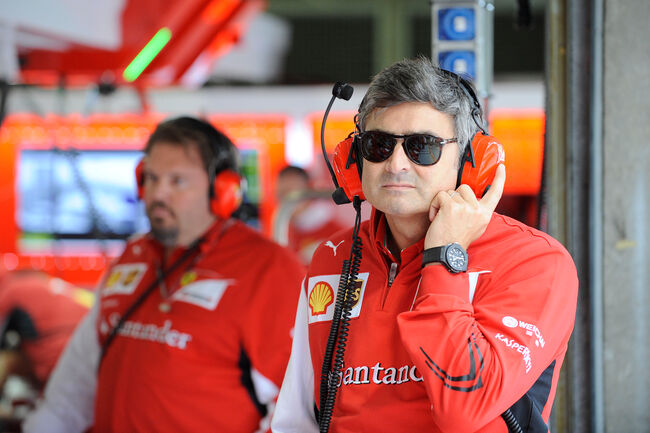 On paper, Marco Mattiaci doesn't appear to have been given a fair crack of the whip at Ferrari. His appointment as team principal job was out of nowhere, with Mattiaci having been CEO of Ferrari' US road car division.

However, there was method to the madness of his appointment. Mattiaci was brought in as a 'hatchet man', to make the necessary structural and personnel changes without resentment growing early on towards the team boss that was really about to be hired.

Part of this process including dropping Alonso, with Mattiaci instrumental in signing Vettel away from Red Bull for 2015. This was a huge coup at the time.

Almost as quickly as he arrived, Mattiaci was replaced at the end of 2014, as well as Luca Di Montezemolo. The long-term president was replaced by Sergio Marchionne as Ferrari went through huge upheaval to bounce back from a troubled season.

Mattiaci found refuge with Faraday Future in the United States, where he remains as chief commercial officer. 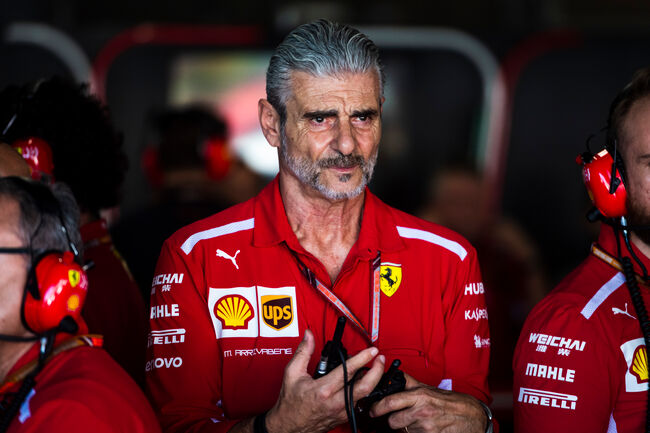 Arrivabene appeared an odd choice on paper, with the former vice president of Marlboro Global Communication and Promotions building a strong connection with Ferrari through Philip Morris' sponsorship of the team.

With Marchionne electing to place Arrivabene in charge as part of the team's rejuvenation, it seemed to be a step in the right direction with Maurizio winning favour for his calm but no-nonsense approach. Ferrari had a strong campaign in 2015, with Sebastian Vettel claiming victory in just his second race with the team. The engine was much stronger, although much of this could also be attributed to Mattiaci's decisions in 2014.

The Scuderia finished a distant second in 2015, but had a respectable season with Vettel taking three wins and multiple podiums. The following year was a small step back, with Red Bull Racing finding their feet to pop themselves in between Mercedes and Ferrari.

Ferrari's resurgence finally kicked off in 2017, with Vettel narrowly missing out on the title. With Hamilton and Vettel winning four races apiece in the first half of the season, the German only managed one more after that. By contrast, Hamilton won five. Vettel finished 46 points back by the end of the season.

Things looked good in 2018, with Ferrari arguably the stronger team in the first half of the year. There were multiple victories, as well as multiple blown chances. Vettel sliding out of the lead in Germany proved cataclysmic, and Ferrari were overcome by a resurgent Mercedes after that.

In July 2018, the unexpected death of Sergio Marchionne caused more upheaval at Ferrari as they replaced him with Mike Manley. Having lost the 2018 championship in such a fashion, the first rumours of unrest at the Scuderia began with Arrivabene's position coming under threat from Mattia Binotto, head of Ferrari's technical department.

Marchionne had intended to replace Arrivabene with Binotto and, with Binotto making it clear to new Ferrari chairman John Elkann that other teams were interested in hiring him, changes were made. Elkann opted to continue with Marchionne's intentions and sent Arrivabene packing in early 2019. 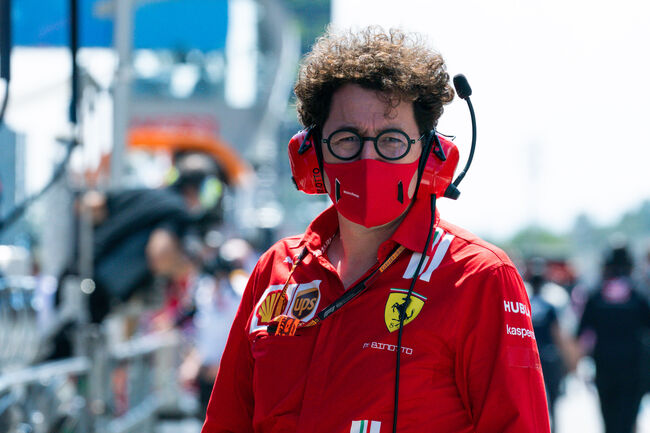 Binotto was promoted from his position as head of Ferrari's technical department, and initially continued to oversee this department along with his team principal position.

Stepping back from technical duties to concentrate on leading the team, 2019 was a competitive year for Ferrari. They ultimately lost out to Mercedes, while there were signs of discontent on the driver front as Charles Leclerc was promoted to replace Kimi Raikkonen.

Vettel was matched very closely by the Monegasque driver and, to make matters worse, technical directives began to be issued that seemed aimed at Ferrari and their power unit.These technical directives slowed Ferrari down by the end of 2019 and further tightening of a loophole that governed fuel flow rates meant that their 2020 power unit proved disastrous.

The campaign proved to be one of Ferrari's worst ever seasons, and their worst since 1980. Going without a win, Vettel's performances fell off a cliff after Binotto announced Carlos Sainz as a replacement prior to the start of the season.

The extent of Ferrari's failure in 2020 has obviously led to more rumours that Binotto is also now on borrowed time, with recent speculation from Ferrari GT driver Josef Kral fuelling the fire as he made comments saying Binotto is on the verge of being replaced.

Kral has since rowed back on those comments, saying he was misinterpreted.

While Binotto continues to lead Ferrari, there's no reason to think that he will be treated any different than any of his predecessors. While it's likely he'll be left in charge to oversee the change to the new regulations next season, a poor season could trigger further changes at Ferrari.