Has Norris been the standout driver of the 2021 F1 season?

Lando Norris has gone from a driver under pressure to prove his worth in Formula 1 to arguably the driver of the 2021 F1 season so far. RacingNews365.com takes a look at how Norris has done it and just how good he is. 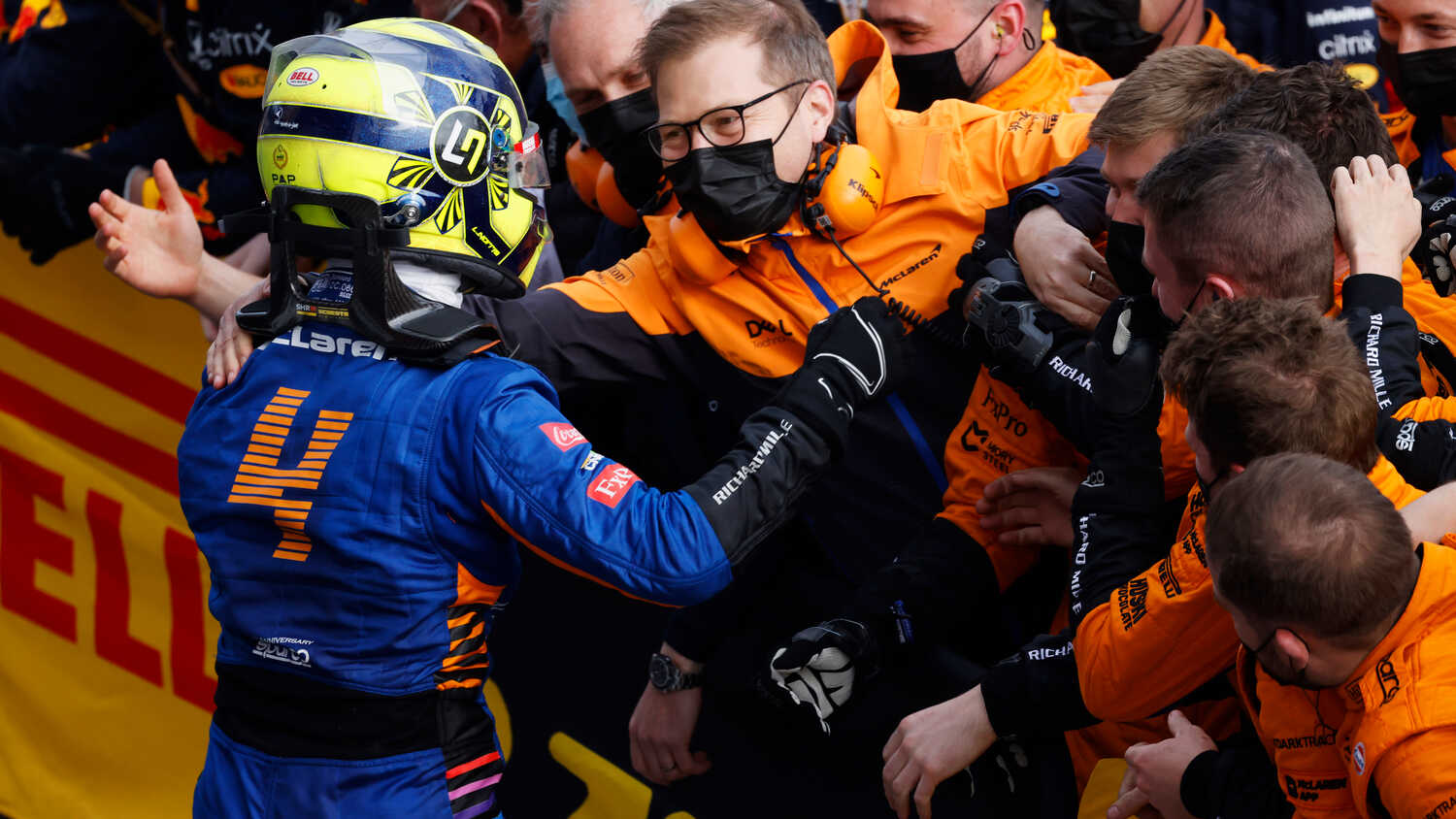 Lando Norris has been in remarkable form in 2021. His first half of the season was stunning as he dominated teammate Daniel Ricciardo at nearly every Grand Prix.

Norris is third in the Drivers' Championship, behind only Lewis Hamilton and Max Verstappen, and has scored more than twice as many points as Ricciardo over 11 races.

Many felt Ricciardo was going to lead McLaren to podiums and wins when he announced his move to the Woking-based squad. Instead, it looks like McLaren have got a real star on their hands.

How did Norris' run of form begin?

Ricciardo looked competitive in Bahrain, although he did have some fortune as Norris' best lap in qualifying was deleted for track limits. Nevertheless, there were certainly no concerns for the Australian.

It was at the second round, the Emilia Romagna Grand Prix at Imola, where Norris really shone. In wet conditions, Ricciardo was holding up Norris so McLaren decided to use team orders to help the British driver.

After getting by Ricciardo, Norris was two seconds per lap quicker and found himself running in second place when Hamilton made a mistake in the middle of the race.

Norris finished third as he tried to keep Hamilton behind, only to fall short in the closing stages of the Grand Prix. 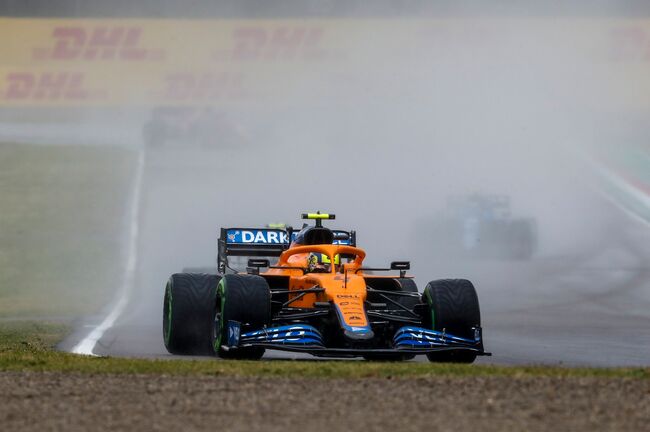 The most impressive aspect about Norris

Apart from a relatively average Spanish GP, Norris has been on top form all year so far. Bringing your A-game every weekend in any sport is difficult, let alone F1 where there are thousands of factors which can ruin your day.

Norris has found a way to build up his confidence through practice, before finding the limit of the car and maximising the MCL35M's performance when it matters most in qualifying and the race.

This is the key difference between Ricciardo and Norris at the moment. Ricciardo can't find that extra gear to attack the corners as much and appears to be at his limit, which is significantly lower than Norris'.

Norris is not making any mistakes either, even though he is only in his third season in F1. Compare this to Verstappen's first three years in the sport, or even Charles Leclerc, who is rated very highly. It is a driver quality that cannot be underestimated.

Without doubt, Norris has the raw pace and natural speed which only the top drivers are capable of. He's shown the smartness and racecraft to not get involved in incidents and, as time goes on, his race pace and tyre management will only improve too.

McLaren will be delighted that they signed a multi-year deal to retain Norris prior to the start of the season. As it stands, it was definitely the right move to make. 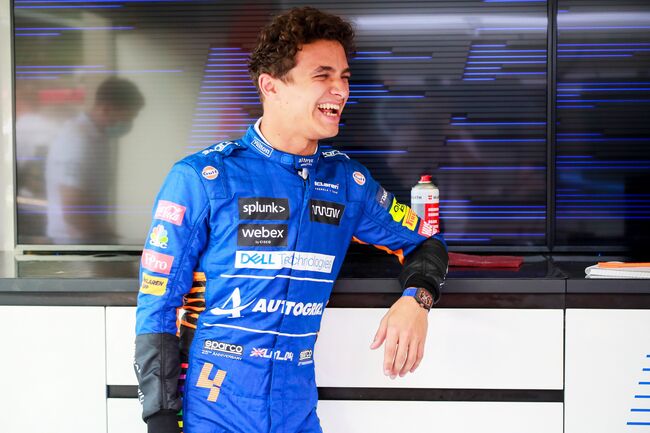 Norris finished in the top five in all but one race in the first 10 events of the season. McLaren have not always had the third-fastest car across a varied calendar of circuits, so this is quite the achievement.

The 21-year-old has also taken to the podium three times – at Imola, Monaco and the Red Bull Ring. Often, a driver who isn't in one of the top teams (Mercedes or Red Bull) have required some fortune to finish in the top three.

But Norris' third place in Monaco was set up through sheer commitment. He delivered a stunning qualifying lap to put his car in fifth place, whilst Ricciardo qualified down in 12th on a circuit he adores. This put Norris in a position to drive his way to the podium on Sunday, holding off Red Bull's Sergio Perez in the closing laps.

At the Austrian GP, Norris was just half a tenth away from stealing a memorable pole position, as he enjoyed his best qualifying result in F1 to date.

Whilst Ricciardo failed to reach Q3 and was battling in the midfield, Norris kept Hamilton behind in the early stages of the race and was there to capitalise on the seven-time World Champion's lack of pace when he went wide at the final corner and damaged his car.

Even without Hamilton's slightly wounded W12, Norris was keeping pace with Valtteri Bottas and may have challenged both Mercedes drivers in any case. 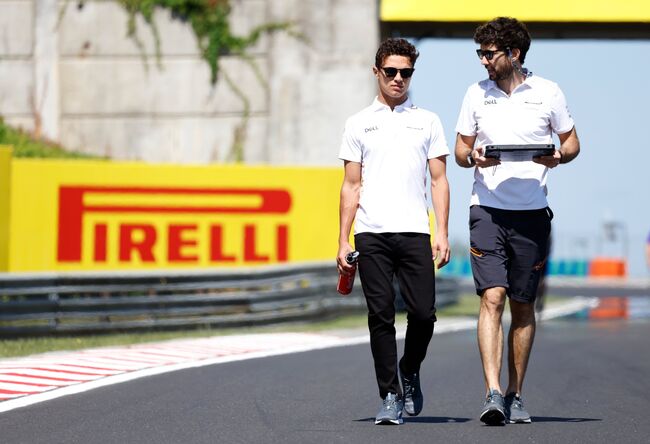 Absolutely. Norris' talent has been evident since he started racing. His junior career was outstanding and provides plenty of examples to demonstrate just how good he is.

Perhaps his best accomplishment was dominating the 2017 European Formula 3 Championship for Carlin. He is still the only non-Prema driver to win the F3 title since 2012.

Norris was slightly outshone in F2 by George Russell, and he was thrown straight in at the deep end against Carlos Sainz during his first two years in F1.

With time, the talent he showcased in junior formula is starting to shine through in his F1 career, so don't be surprised if this remarkable form continues.