Hamilton plays down practice advantage: It's going to be super close

Lewis Hamilton reckons Max Verstappen will be pushing him all the way as the Abu Dhabi Grand Prix weekend develops. 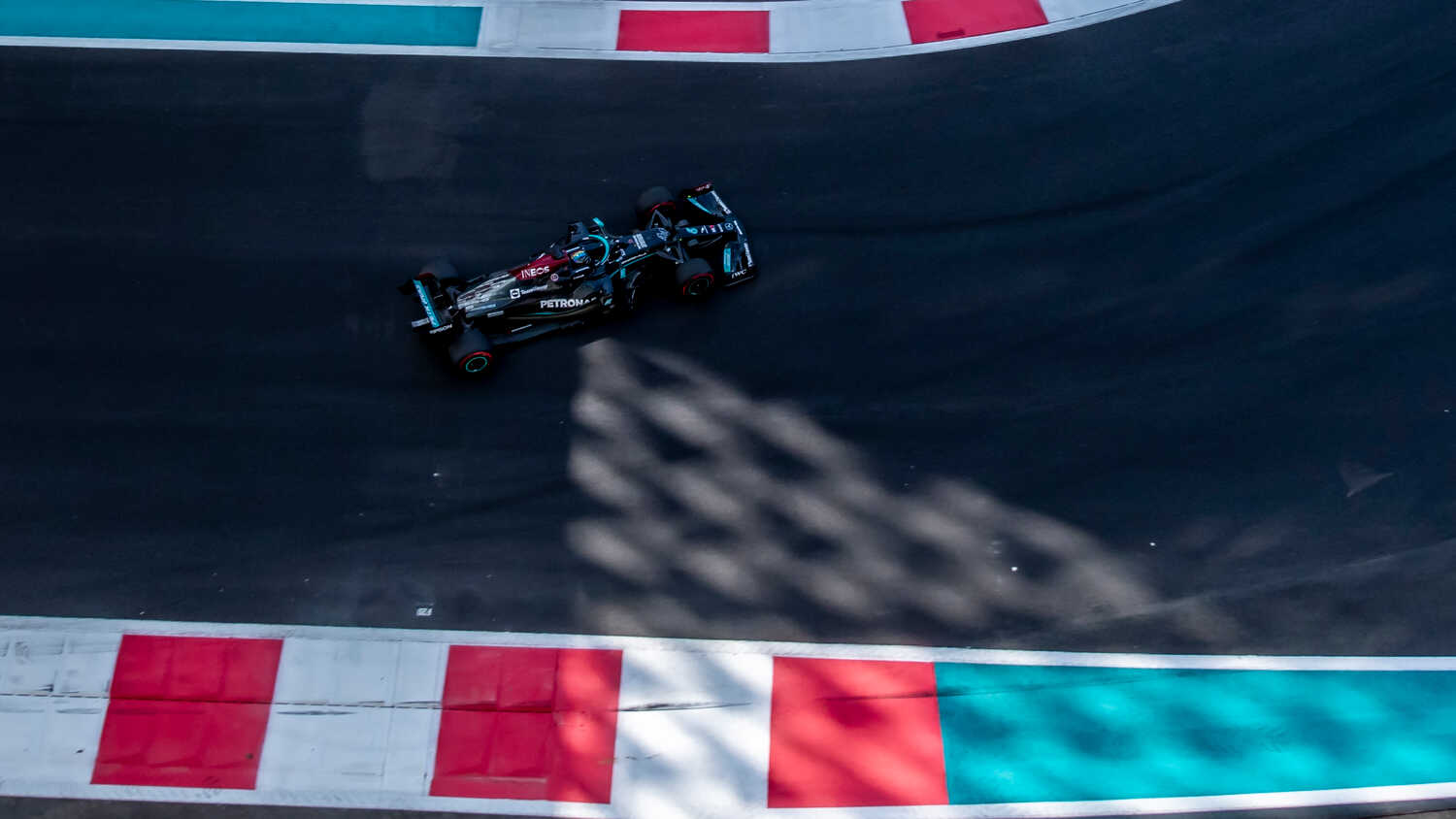 After Verstappen topped first practice at the modified Yas Marina Circuit, Hamilton stormed clear in FP2 with a pace-setting time more than half a second quicker than his title rival.

However, Hamilton reckons the pair will be closely matched as the weekend goes on.

"It's been a relatively decent day," Hamilton reflected after Friday's sessions.

"I like the changes they made to the track. I think it's made the track much more enjoyable, much more flowing.

"It's close between us all, but yeah, we got through our sessions. It's still a bit unknown in terms of pace, but I'm sure it's gonna be super close, like it has been in the previous races."

"The target is always moving"

Hamilton explained how he and Mercedes got slightly lost with their setup during first practice, before making solid progress through FP2, which he will be looking to "perfect" with his engineers overnight.

"It started off good, then got a bit worse in P1 and then started off better in this second session with some changes we made," he explained.

"Now we're just gonna crank through the data and try and figure out how we can improve, where we home in - the target always is always moving.

"I think we've made some positive steps setup-wise, so we'll try to perfect it tonight and come back out tomorrow."