Mercedes' Lewis Hamilton has made a rare error, crashing his W12 at Tosa just before a red flag period. 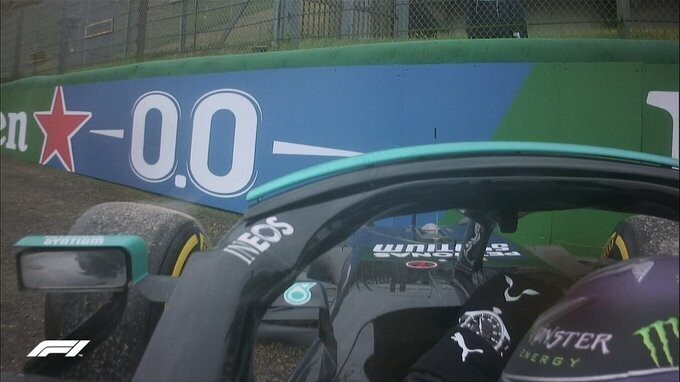 Lewis Hamilton has slid off while running in second place at Imola, damaging his Mercedes against the barriers at Tosa.

Hamilton was chasing Red Bull's Max Verstappen, hunting down his rival, and was negotiating through traffic when he got it slightly wrong off line at Tosa.

Hamilton ended up in the barriers, damaging his front wing as he reversed out of the gravel trap to resume the track.

The race went into red flag conditions shortly after, due to a crash between Mercedes' Valtteri Bottas and Williams' George Russell.

You can follow live coverage of the race on RacingNews365 on our liveblog.