Lewis Hamilton has said that he has taken lessons from his fractious relationship with Nico Rosberg as a teammate years ago, and will aim to keep harmony with George Russell at Mercedes next season. 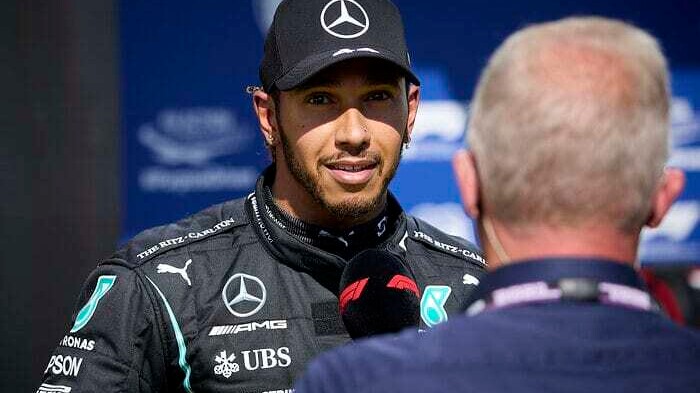 Lewis Hamilton has said that his previous relationship with Nico Rosberg helped him learn lessons about how to handle a teammate that isn't there to play second fiddle.

With Mercedes hiring George Russell to replace Valtteri Bottas for 2022, the expectation is that the younger British driver is being lined up to eventually succeed Hamilton as the team's future leader.

To that end, Russell has said that he isn't expected to play number two to Hamilton in 2022 – something which could cause friction at Mercedes after five years of Hamilton's clear leadership.

It's the first time since Nico Rosberg's final year in 2016 that the dynamic at Mercedes has changed, but Hamilton believes that it's possible to have two drivers of a similar attitude and speed and still get along.

"I don't know, I think history has shown that it can," Hamilton told media, including RacingNews365.com.

"History has shown that certainly, within each team, it's ultimately how it's managed. But it's quite a strange sport, where it's a team sport but it's also an individual sport.

"You've got those two championships and, individually, you want to finish ahead, but at the same time, you've got to do the job to get the team ahead, so it's a difficult one to navigate through

"I like to think that I've experienced it and learned from it and therefore should be pretty well set moving forwards."

Hamilton admitted that Russell represents an unknown to him, given that he has never really had the chance to race against the upcoming star, given Russell has been in largely uncompetitive machinery since his arrival to Formula 1 at the start of 2019.

"I don't know what to expect from George, I certainly don't put expectations on him," he said.

"As I said in the Instagram post I posted, I'm looking forward to seeing the speed he brings and what he contributes to the team."