Hamilton: I'll turn any crowd booing into a positive

Lewis Hamilton says he will turn any negativity aimed towards him from the crowd at this weekend's Dutch Grand Prix into a positive. 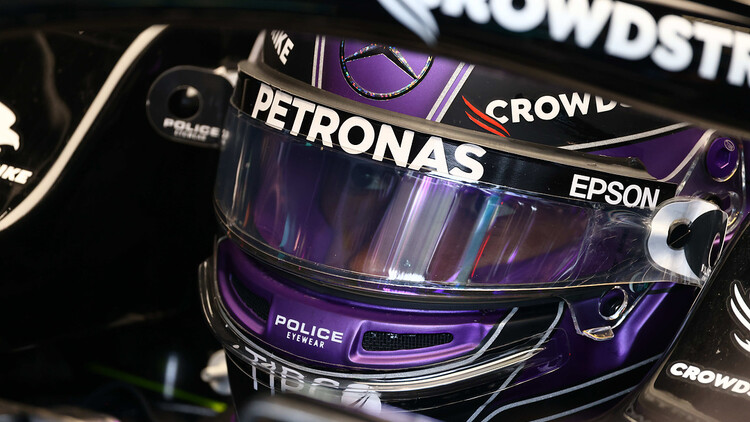 Lewis Hamilton says he will take any negative energy from the crowd at the Dutch Grand Prix, which will be out in force to support home favourite Max Verstappen, and turn it into a positive.

Hamilton and Verstappen are going head-to-head for the 2021 world title, with the pair separated by just three points in Hamilton's favour.

Mercedes driver Hamilton has faced booing at recent events, after clashing with Red Bull rival Verstappen at the British Grand Prix. With 70,000 fans expected each day at Zandvoort, there are concerns about the reception Hamilton will receive.

"It's naturally something you can potentially expect, or you expect," Hamilton told media, including RacingNews365.com, when asked about the potential for booing.

"I've never been someone who would go to an event and boo, but I understand it. You see it at football events. It's just the passion that the fans have, or a dislike that some of them have of their opponents! But I respect it.

"I've always loved coming out to Holland. Amsterdam is one of the greatest cities. I know I do have some 'Team LH' fans in the Netherlands, which I really appreciate. It will probably be a small portion in the grandstands out there and I admire them being able to withstand the boos too! But that's sport.

"What I do is I just try and turn that energy that they propel towards me, however you want to take it, and turn it into [a] positive, and try and put it into driving."

Hamilton was asked to compare the situation to the British Grand Prix, describing his home fans as "amazing" for their respectful support, and making it clear that he doesn't agree with booing the competition.

"British fans don't do the booing, they're amazing. They're there for a great weekend," added Hamilton.

"I don't think I've heard booing from the British fans for anyone in my time. I've got a short memory, but I'm pretty sure I haven't.

"I don't agree with it in general for everyone. Everyone's there to do the best job they can, and everyone's trying to be the best they can be. But it's a part of sport."

Verstappen said that it's not his responsibility to stop the crowd from booing when asked for his take earlier on Thursday.