Hamilton gives his thoughts on Eau Rouge after Norris' crash

Mercedes' Lewis Hamilton has said he hopes Eau Rouge isn't changed, despite the calls for the corners going up the hill to be altered in the name of safety. 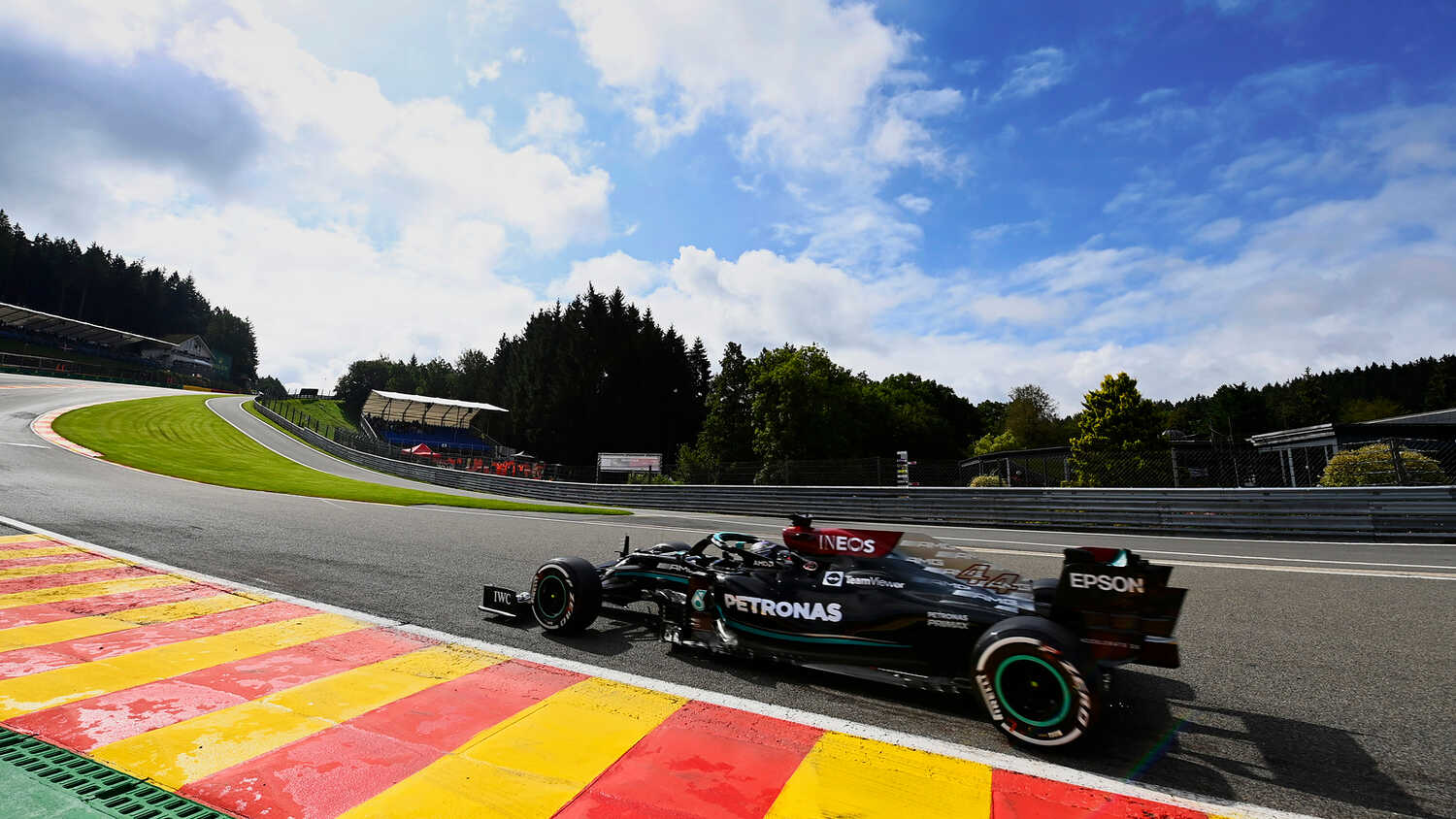 Mercedes' Lewis Hamilton isn't amongst the voices calling for changes to be made to the Eau Rouge/Raidillon complex, in the wake of another big crash through the flat-out uphill section.

The section has come under increased scrutiny in recent years, with several crashes at the blind crest this weekend alone. Aside from Lando Norris' monster shunt in F1 qualifying, a six-car pile-up in the W Series race resulted in two drivers being hospitalised, while there was chaos in Saturday's Formula 3 race as another multi-car accident unfolded.

This comes just a month after Jack Aitken required hospitalisation after a multi-car crash in the Spa 24 Hours at Raidillon, while the sequence also claimed the life of Formula 2's Anthoine Hubert in 2019 after another multi-car accident.

Most of these accidents were caused by drivers bouncing back across the track after initial contact with the barriers, resulting in calls for change. Among them is Callum Ilott, with the Ferrari Academy Driver taking to Twitter to plead for changes to the sequence after the Aitken crash, as well as Louis Deletraz, who suggested putting gravel traps back in place may be a solution to try getting drivers to take less risk.

But Hamilton doesn't want to see changes, instead suggesting that the track surface just needs to be smoothened out.

"I think they've just got to get rid of the bump and then leave Eau Rouge as it is, in my opinion, but they will do what they do," Hamilton told media, including RacingNews365.com, after qualifying on Saturday.

"I don't feel you need to spend the money."

A revision to the corner sequence is planned in time for next year's Belgian Grand Prix, in an attempt to prevent the barriers from funnelling cars back into harm's way.

Pole-sitter Max Verstappen welcomed the changes, saying the problem with the corner has always been a lack of visibility, or an escape route if a driver crashes in front.

"Well, I think the changes I saw yesterday, which are going to happen at the end of the year, so for us next year, I think they look very good," Verstappen said.

"It is, of course, a very fast corner and when you go through it everything is fine. The problem is when the barrier is so close and one person hits the barrier it's very easily that the car bounces back onto the track and onto the racing line and then you can collect another car. Even if it happens a little bit later, you go over the crest which is blind as well, so I think that's as it was in the Spa 24 Hour race with the GT3 cars when there was also a massive crash.

"I do think with the changes that are being made it will be a lot better. I mean, racing is never going to be fully safe. I think everyone knows that but, of course, there are a few things around that corner which can be helped and they are doing that, so I think it's going to be a lot better."

George Russell, who is Grand Prix Drivers' Association Director as of this year, also backed the changes: "I think we all saw yesterday the plans the FIA have in store for this circuit and it's… yeah, nothing more to add to what Max said. I think all the changes will make the race and that corner much safer."