Lewis Hamilton has explained the importance to him of ensuring a clean ending to his 2021 title fight with Max Verstappen. 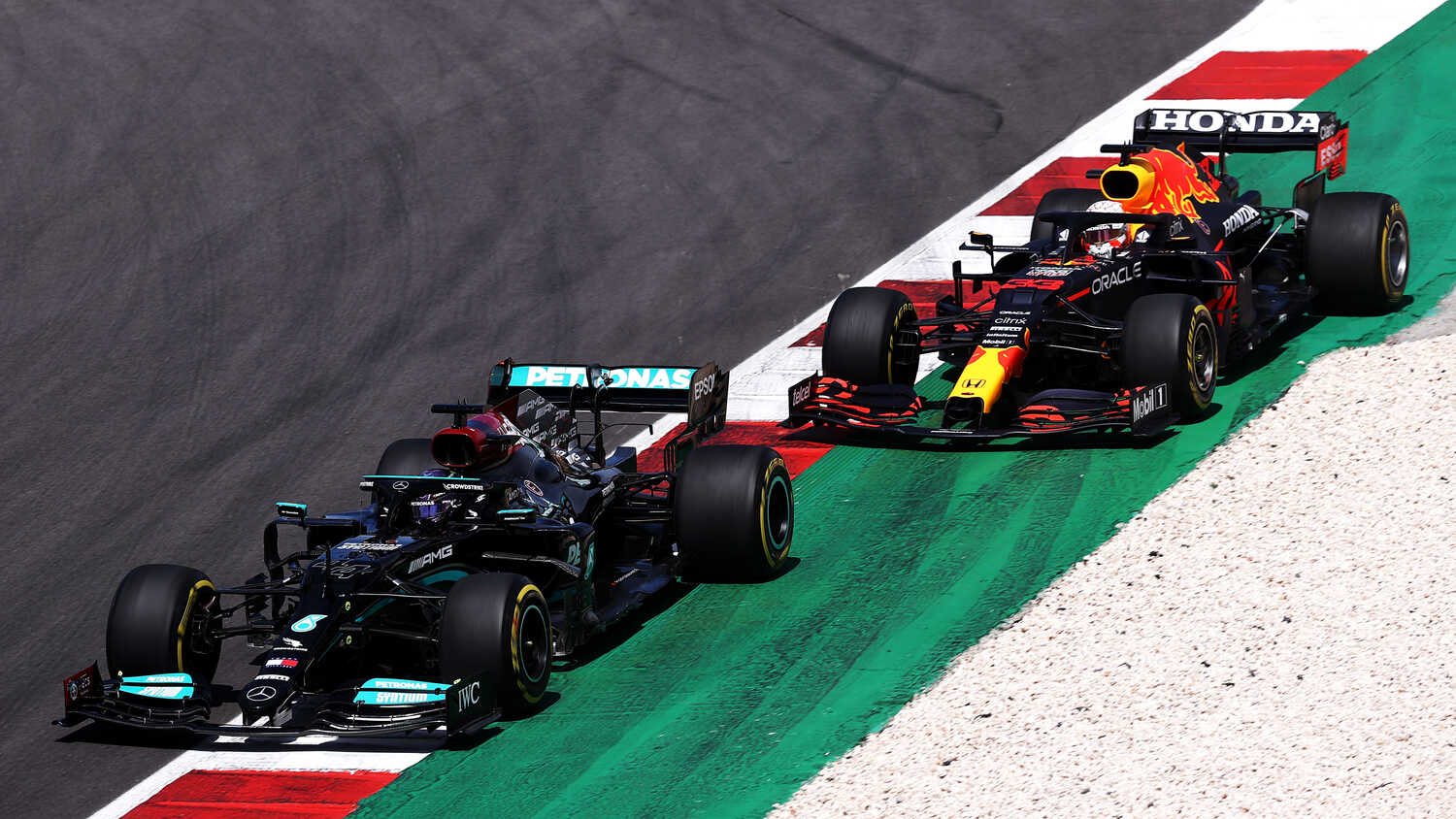 Lewis Hamilton has said that he wants the final two races of his immense title fight with Max Verstappen to end cleanly, after two high-profile collisions between the pair at Silverstone and Monza this season.

There have been several near-misses, too, including contentious first-corner moments at Imola and Catalunya early in the campaign, as well as a controversial defence from Verstappen against Hamilton at Interlagos.

With Verstappen defending an eight-point championship lead ahead of the final two rounds, Hamilton wants to ensure a clean and fair fight to the very end.

"You just have to be very careful. More cautious than ever before. You have to know what can happen," Hamilton told Germany's Auto Motor und Sport, when asked about how he will fight with Verstappen in a wheel-to-wheel battle.

"You always have to be ready to do whatever you can to avoid the collision. Even if that means leaving the track.

"After all, you want to finish the race. If you are too stubborn and defend your position, you will crash.

"In Brazil, I made sure to avoid the collision. I was always very decent in situations like this, I would say. Of course, you don't always get it done perfectly.

"He's not my first opponent to act like this. Now that I'm a little older, I take a closer look at the characters of the other drivers and their personal backgrounds. How you grew up also has an impact on how you behave. I try to understand [them]."

"The new generation go beyond the limits"

While Hamilton didn't specifically name Verstappen as being guilty of this, Hamilton said he feels that the younger generation of drivers tend to push the limits more than his contemporaries.

"I want to tell the young drivers that the racetracks they grew up on all had large run-off areas," Hamilton said.

"When I started racing, that wasn't the case. That was more fun back then, but it was also riskier. You had to drive in such a way that you didn't go over the limit. It was necessary to increase slowly. The new generation is simply going beyond the limits.

"You go too far out and just come back on track. You don't have to fear any consequences. We also know that we have more drivers from rich backgrounds today than ever before. This is nothing new. But they are super ambitious. It's a very decent squad of drivers who are striving for the top.

"I don't feel too big or too successful to avoid a fight. I know that sometimes you have to take this path. You have to be the clever one."

"No hostility towards Verstappen"

Asked for his personal feelings about his title rival, Hamilton denied that there is anything beyond a professional desire to beat him, and that he doesn't feel there's any hostility between the pair.

"I can't speak for him, of course. I've also competed against drivers who haven't shown their true colours," Hamilton commented.

"Of course, I don't know if that's the case here. I'm now 36 years old and have been doing this for so long. It's not the first time I've faced a driver who is good and bad in some ways.

"But now, I feel much better equipped to deal with this situation. I know he's a super-fast driver. He will certainly get faster and faster, the more mature he becomes over time - there is no doubt about that.

"When I look back at myself at the age of 24 or 25, I made mistakes at the time. I had the speed in the car, but I had a lot of different experiences outside when I was suddenly in the spotlight. I didn't do much right then. That's why I won't hold something like that against anyone else."