Lewis Hamilton admits that he could relate to the findings in the recent Hamilton Commission report regarding the high proportion of students from Black backgrounds being excluded from schools, and is aware of how much this could have affected his own life and career. 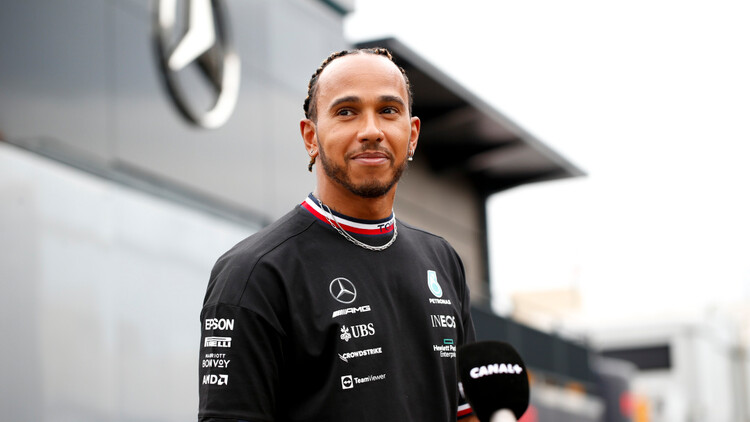 Lewis Hamilton has spoken about an incident from his time in the education system that he believes could have derailed his whole life and career.

The seven-times World Champion recently worked with the Royal Academy of Engineering to publish The Hamilton Commission report - Accelerating Change: Improving Representation of Black People in UK Motorsport - which was released this month. The Commission set out to identify key barriers to the recruitment and progression of Black people in UK motorsport.

One of the recommendations from the report was to establish a new exclusions innovation fund, to develop programmes that address the factors that contribute to the high proportion of students from Black backgrounds being excluded from schools. Hamilton admits that he could relate to this as he was once nearly excluded himself.

"It wasn't a surprise to me for the educational system because I went through it, and had those experiences," Hamilton told Sky Sports F1.

"One of the ones that was not surprising necessarily but super informative is about the expulsion rate for young Afro Caribbean individuals, and I experienced that personally. I was thrown out and I didn't even do anything.

"One day I want to tell you the whole story of what happened. The guy had it in for me. Just like, 'I don't have the evidence to get rid of you now but I will soon.'"

Hamilton feels that this experience had the potential to have a huge effect on his future, hence why he is passionate about working towards creating changes in the system.

"He nearly derailed my whole life, my whole career," the Mercedes driver said. "So I understand those findings. I know what it's like and how people feel.

"I thought my life was over and I didn't really want to go home that day. I was like, 'Should I run away? Is this it?' So I know the impact that it has on individuals, and I want to work to change that for people moving forwards."

The establishment of a new exclusions innovation fund was one of 10 actionable recommendations from the Hamilton Commission developed to help address the issues limiting Black students' progression into engineering careers and barriers in the motorsport industry.