The stewards have handed down their ruling on Lewis Hamilton's incident with Nikita Mazepin during final practice in Saudi Arabia. 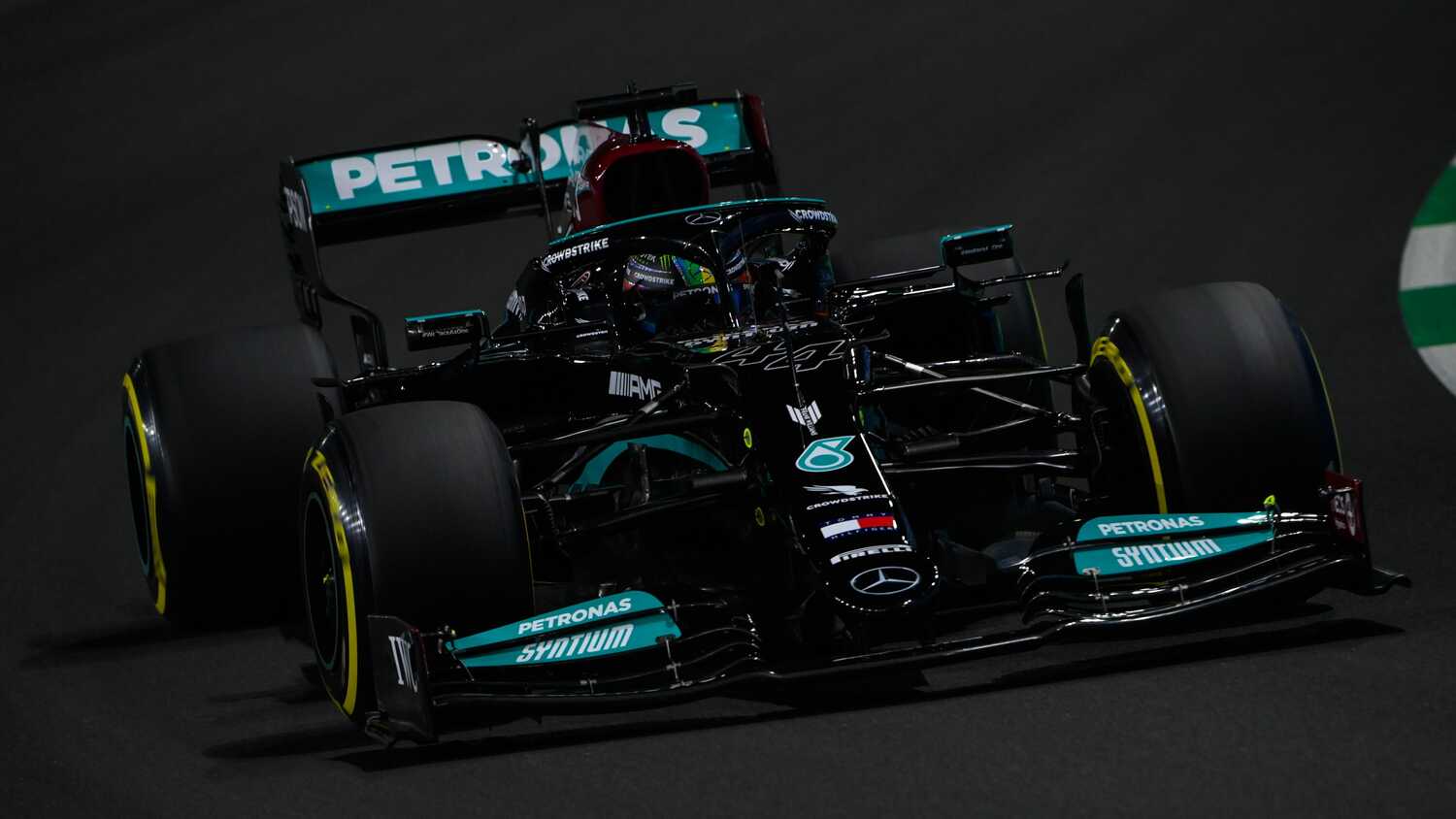 The Mercedes driver was summoned to the stewards for an alleged blocking incident in which he got in the way of Haas' Nikita Mazepin during FP3.

Hamilton was driving slowly in the first sector as Mazepin began a flying lap. Negotiating the high-speed sweeps, Mazepin had to dart off the track to avoid hitting the Mercedes.

Mercedes have been given a €25,000 euro fine for the incident, while Hamilton was given a reprimand. This is his second reprimand of the season.

The stewards make their ruling

The full verdict from the stewards placed the blame for the incident at the feet of Mercedes.

"The stewards heard from the driver of Car 44 [Lewis Hamilton], team representatives and examined video and team radio evidence," read the verdict.

"The driver was given a 10-second warning that Car 9 [Mazepin] was approaching when he was at Turn 2.

"Due to a failure in communication by the team, he was not given another warning until Car 9 was alongside him. The stewards accept that this circuit presents challenges for drivers in relation to using their mirrors as the method of determining the approach of overtaking cars.

"Although it is the driver's ultimate responsibility to avoid impeding, for this circuit the driver must depend upon the team to communicate efficiently.

"This did not happen in this case and, accordingly, the penalty for the competitor is imposed.

"The stewards take this opportunity to emphasise that due to the nature of this circuit, it is essential that teams communicate effectively and proactively with their drivers.

"This is not to be taken as a precedent for other circuits."