Mercedes' Lewis Hamilton took a spectacular victory in the opening race of the 2021 Formula 1 season in Bahrain, beating Max Verstappen after a tense climax to the race. 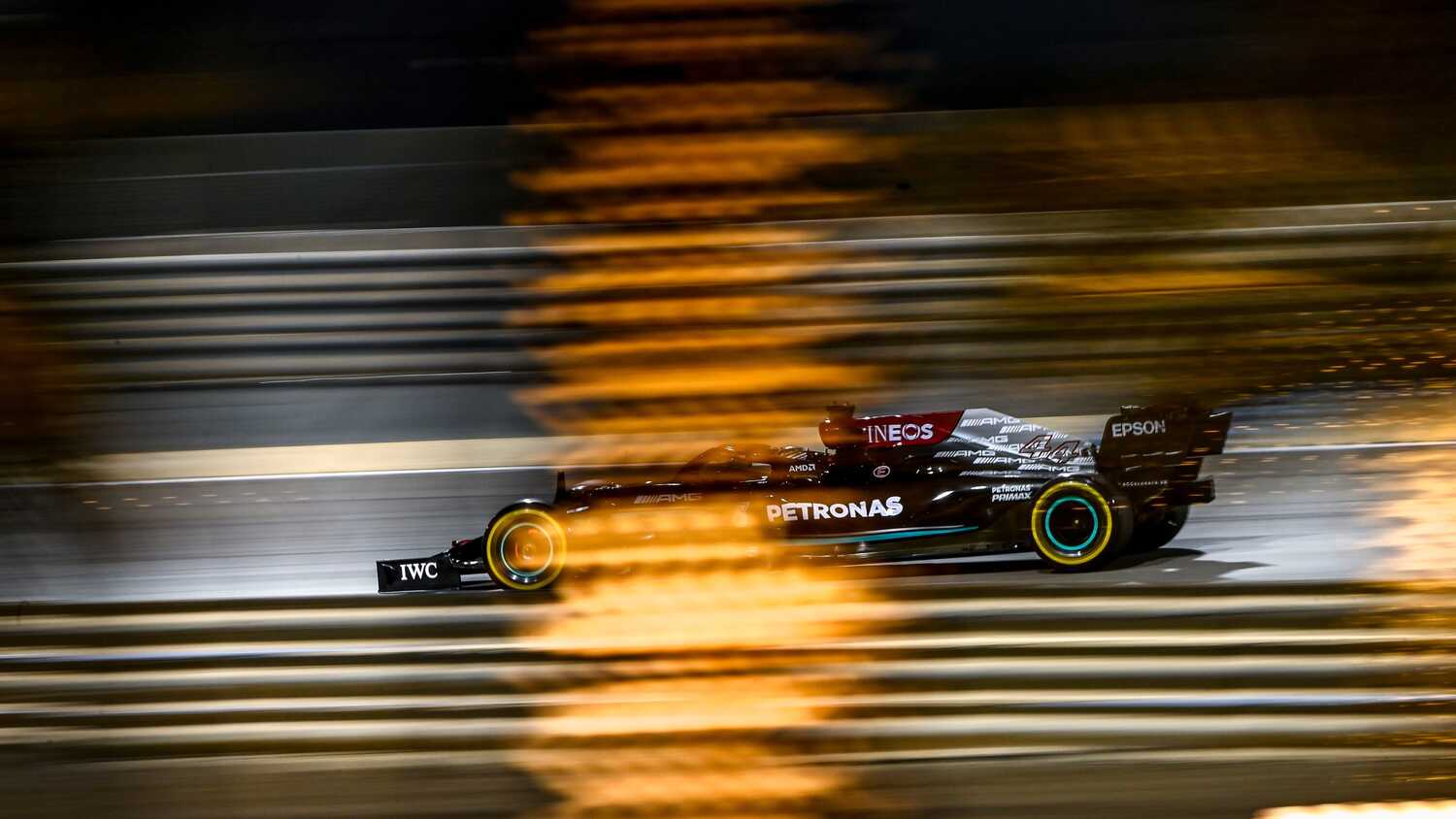 Mercedes' Lewis Hamilton has taken victory in the first race of the 2021 Formula 1 World Championship, snatching the win away after the advantage appeared to be with Red Bull's Max Verstappen.

Verstappen briefly snatched the lead away from Hamilton with three laps remaining, but yielded the position after running slightly wide at Turn 4 and exceeding track limits.

The race climaxed with an intense battle between the pair, after both Hamilton and Verstappen utilised different strategies to get to the end of the race.

Valtteri Bottas finished a distant third behind Hamilton and Verstappen. The Finnish driver had a slow final pitstop on Lap 31 as he switched to fresh hards, losing around eight seconds through the error. He finished 37 seconds behind at the flag to complete the podium.

Elsewhere, Lando Norris finished in fourth for McLaren after a great scrap throughout with Ferrari's Charles Leclerc, as well as his teammate Daniel Ricciardo.

Sergio Perez recovered to fifth in the second Red Bull, having been fortunate to start the race. A formation lap issue caused his RB16B to switch off, resulting in the Mexican starting from the pitlane. A tremendous fightback resulted in a strong points finish.

Charles Leclerc had to settle for sixth after moving up to third on the opening lap, with the Ferrari driver slowly falling back as the race unfolded. Ricciardo finished seventh for McLaren, with Carlos Sainz in eighth in the second Ferrari.

Yuki Tsunoda finished in the points in his first race for AlphaTauri, with Lance Stroll taking the final points position for Aston Martin. 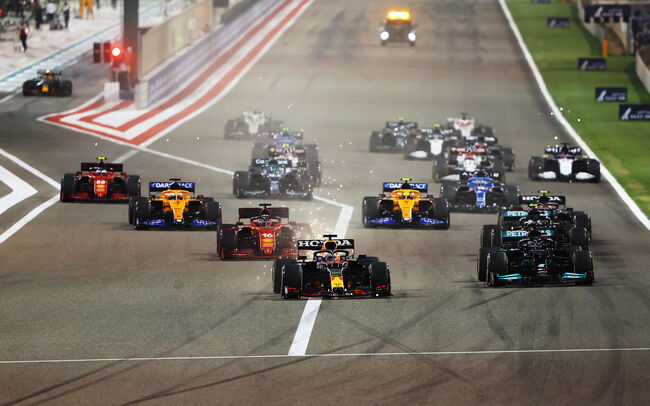 Starting from pole position, Verstappen held onto the lead on the first lap as an incident at the back involving Haas' Nikita Mazepin resulted in the Safety Car being deployed.

The Safety Car came back in at the end of Lap 3, with Verstappen successfully holding onto his lead as the race resumed.

Verstappen opened up a small lead over Hamilton as they streaked away from the drivers behind, with the Red Bull driver having a 1.8 second lead when Hamilton dived into the pits for the first time on Lap 14.

Taking on the hard compound, his outlap was fast enough to ensure he would come out in front of Verstappen. As a result, Red Bull didn't pit Max and he stayed out on track until Lap 18. Now armed with fresher tyres, Verstappen began closing back up on Hamilton to reduce the gap to around a second by Lap 28.

Just as he latched onto the back of the Mercedes, Hamilton dived into the pits again for another fresh set of hard tyres for what looked like a three stop strategy.Starting the second half of the race, Verstappen's lead shrank from 19 seconds to around 14 seconds by the time he pitted again on Lap 40.

Taking on another set of hard tyres, Verstappen emerged 7.7 seconds behind Hamilton and set about catching the Mercedes out in front.It proved to be a tense, nail-biting climax to the race as it became evident Hamilton would not be pitting again.

The gap closed quite quickly, with Verstappen halving the gap in just five laps.By Lap 51, Verstappen was in DRS range and pounced on Hamilton to pass the reigning Champion around the outside of Turn 4. However, he ran slightly wide and was instructed to yield the position back to Hamilton.

From there, Verstappen never got another opportunity as he began to struggle with his tyres. He was forced to follow Hamilton across the line, 0.7 seconds away from victory.