Lewis Hamilton holds countless Formula records including most wins, pole positions and podium finishes. However he is quick to point out that there are countless people at Mercedes that have played a role in his success. 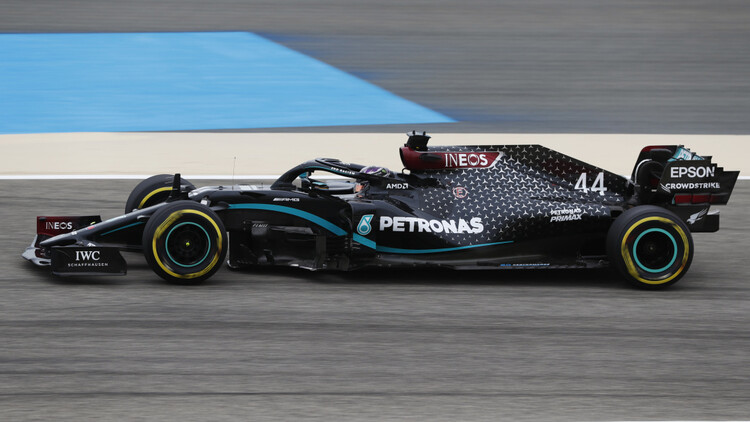 Although Lewis Hamilton has dominated the Formula 1 scene in recent years, the reigning champion believes much of his success is due to the unsung heroes working hard at the Mercedes factory in Brackley.

The 36-year-old has put together a remarkable F1 career, missing out on the world title in his rookie campaign with McLaren by just one point before taking home the prize in 2008. He's taken things to another level since joining Mercedes in 2013, winning six of the last eight drivers' championships, however Hamilton isn't willing to take all the plaudits for his and the team's success.

"I was really fortunate when I was younger to go to McLaren, and I actually did my work experience at McLaren," Hamilton told the CrowdStrike podcast. "I remember seeing the people in the background who were working on making gear ratios, building the exhausts and knowing that those finished pieces would be on the car that I watched the drivers race with from Mika [Hakkinen], to Kimi [Raikkonen] and [Juan Pablo] Montoya.

"When I go to the factory today, they're the unsung heroes. There's so many people and so many moving parts, but it brings so much warmth to my heart to see those people back there who are are really putting in overtime. If you look at our reliability, we've had the best reliability. It's almost unimaginable and it's down to all those people."

Hamilton holds many of Formula 1's most sacred records including most wins, pole positions and podium finishes, while sitting level with Michael Schumacher at seven world titles, however he pointed to team success as something that keeps him motivated.

"I think that's the ultimate thing [winning]," Hamilton continued. "As I've gone along my career, I never thought I'd have people following me and I realise the importance of what I'm doing to people. I love getting up and working with a team towards a common goal.

"Being part of a team and getting the icing on the top of the cake, or putting that finishing touch to get success with a team is super exciting. It's the idea that there's probably a young kid watching me realising that it's also possible. That's super exciting for me."