Romain Grosjean who will now compete in the Indycar series, running a program on the championship's road courses, discusses what it was like driving an Indycar for the first time. 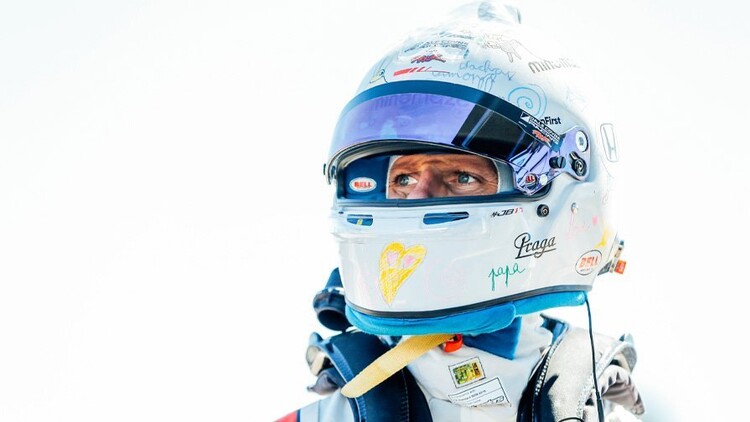 Former Haas F1 driver Romain Grosjean shares his first impression of what driving an Indycar is like. The French driver will compete in America's premier open-wheel racing championship in 2021.

After losing his Haas drive, French driver Grosjean made the decision to continue his racing career in the United States, signing a deal with Dale Coyne Racing, where the former F1 driver will compete in the championship's road courses.

"It’s a different car, a different position, but apart from that, everything felt great and normal. I just need to get used to a new car. It reminds me of when I was jumping from Formula Renault to Formula 3 and GP2. So far, I’ve been really happy with it.

"The mechanical grip of the car has been really good. I can really understand why you can get the racing good. The way the team works is really good. It’s different, but I’m happy with that. Trying to adapt myself has been quite smooth. I think the more testing we have, the better it is, but I’m also very much looking forward for it to be the 17th and 18th of April to go racing."

The Frenchman also highlighted the differences between Indycar and Formula 1 especially the lack of a power steering as something he will need to get used to.

After the first run my biceps started hurting a bit, and I thought: ‘OK, OK. Now we’re talking,'" Grosjean said.

"You really feel the car. I guess you can drive it a little bit more with your driving style with the way you apply the brake and your turning and so on. You can actually use different lines, whereas in Formula One you may be more stuck to the ideal line because of how the aerodynamics work."

The Frenchman also made a mistake in his first outing, spinning during his first session in the car.

“I made a mistake this morning, and I spun (in Turn 1). I was stuck in the gravel. (The track) has consequences, and you need to stay within the limits, which I always quite enjoy," Grosjean explained.

As opposed to his polarising feelings about the F1 paddock, the former Renault driver also praised the atmosphere in the Indycar paddock saying it was inviting.

“When I came yesterday, I was quite surprised to see that the cars are being set up here, and there’s no closed garage or tents, I really like it," Grosjean stated.

"You get to go into the pit lane, and I was talking to Sebastien Bourdais, and Takuma (Sato) came over, and we had a good chat next to his car. The talking is made on track, and whenever you remove your helmet it feels like everyone is friendly and likes to talk and chat.”

The Frenchman finally provided an update on his hands, after his horrific accident in Bahrain.

“I had a big snap on the last run (of the morning), and that was a bit painful. I expect those. I know it’s not fully recovered and is sensitive.”