Grosjean compares Indycar to F1: Indycar is a bit more like a F2 car

Ex-Haas Formula 1 driver Romain Grosjean shares his perspective on what it's like driving an Indycar vs an F1 car. 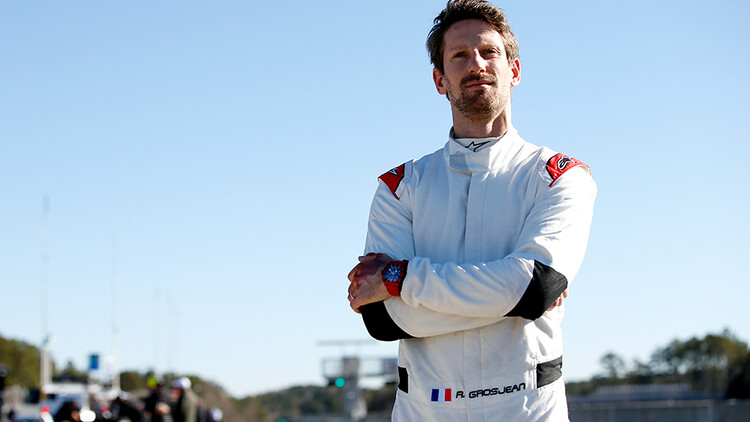 Former French F1 star Romain Grosjean, who now competes in Indycars, offers his opinion on the differences between Formula 1 cars and Indycars.

Grosjean whose F1 career was forced to end prematurely after a disastrous crash at last season's Bahrain Grand Prix made his official Indycar debut earlier this year. The French racing driver says that while Indycars can match the outright speed of a Formula 1 car, the technology used in F1 to create downforce is far superior.

"IndyCar it's a bit more like a Formula 2 car, I will say more simplistic but less aerodynamic sensitive," Grosjean said on the Beyond the Grid podcast.

"Formula 1 has got incredible technology around the cars in terms of downforce. So Formula 1 cars are better at turning compared to Indycars. When I sat in the Mercedes W10 you can see all the details and it's just incredible."

Grosjean did however go to explain the positives of driving an Indycar and how tweeks can be made in order fine-tune the machine to improve its mechanical grip.

"You can also make the car to your liking, which is great, by moving the roll bars, the roll centers, the dampers, the springs, and so on," Grosjean explained.

"You actually have got very good mechanical grip, which is quite key for the circuits that we do with IndyCar because there are high-speed corners but the key is the low speed corners. Learning how to drive the car is quite different from Formula 1."

Grosjean also highlighted the power deficit with respect to Indycars when compared to their F1 counterparts as well as pointing out the difference in tyres being used.

"I would say 40% less power," Gorsjean stated when asked about the horsepower difference between F1 and Indycars.

"And the tyres, no blankets, so I need to be careful when I leave the pit, but they're really good tires, you can just push from lap one to 100."

The Frechman finally discussed how Indycar is more of an all out sprint with little to no management when it comes to strategy.

"It is flat out," Gorsjean said.

"There is no management, no tire management, not so much fuel, sometimes we try with the different strategy but it's just absolute sprint racing. In that aspect is quite different but very physical and very enjoyable."