Alfa Romeo's Antonio Giovinazzi has escaped being given a grid penalty for either of his third practice misdemeanours. 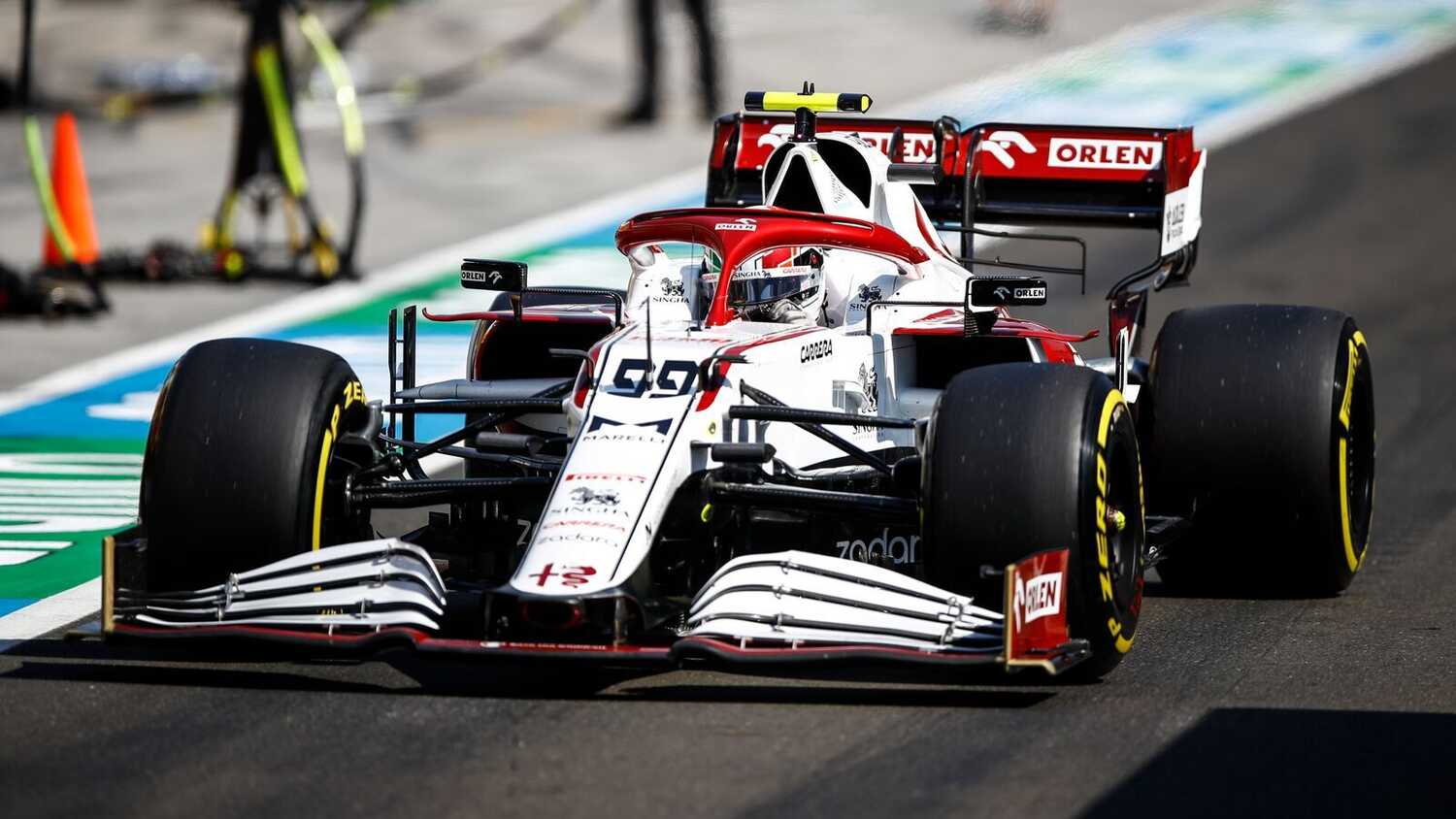 Antonio Giovinazzi has escaped any serious penalty for both of his practice transgressions in Hungary.

The Alfa Romeo driver was summoned before race stewards in Budapest after being released into the path of Aston Martin's Lance Stroll in FP3, with both escaping damage from the minor contact in the pits. A few minutes later, Giovinazzi got in the way of AlphaTauri's Pierre Gasly and was summoned for that impeding as well.

Facing the stewards for the impeding, Giovinazzi admitted fault and had been given no warning by his team. As a result, he was given a reprimand, his first of the season.

For the unsafe release, Giovinazzi was absolved of any wrongdoing while the team were fined 5,000 euros for giving the Italian driver the signal to leave the pits, right as Stroll was about to pass by in the pitlane.