Pierre Gasly shocked the Formula 1 world by winning the 2020 Italian Grand Prix, and the Frenchman admits it took awhile for the result to sink in. 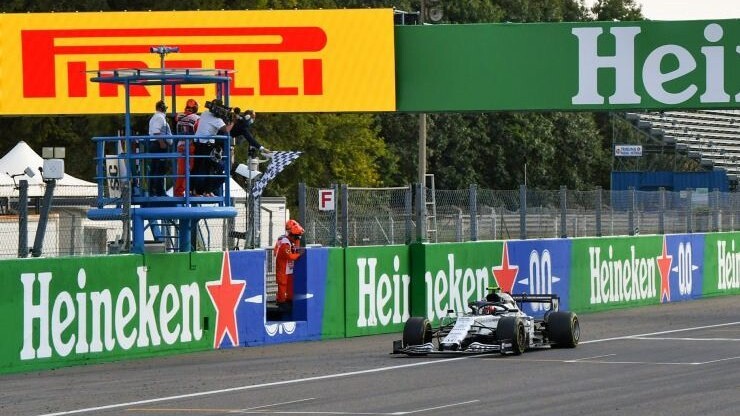 Pierre Gasly revealed he didn't fully grasp the magnitude of his victory at the 2020 Italian Grand Prix until a few days after the triumph.

The 24-year-old pulled off one of the biggest surprises in recent years by crossing the line first at Monza, becoming the first French driver to claim victory since Olivier Panis did so at the 1996 Monaco Grand Prix.

Gasly admits the result, that helped him to an impressive 10th place finish in the drivers' standings, took some time to sink in, though once it did, it exceeded all his expectations.

"When I joined Formula 1 I remember being asked, 'It's been a long time since we've had a French winner in F1, will you be the next one?'"," he told French outlet Turbo.

"On my side of things, I only realised the importance of my victory a few days later because of all the messages and the frenzy brought on by the media. It was simply incredible and frankly, it exceeded all of my expectations."

Gasly revealed the moment was made all the more sweeter by the fact that he had dreamt of it since he was a young boy.

"More than anything else, it was my moment," Gasly added. "It was a moment that I had dreamed of since I was a small boy. Ever since I was six, I've always dreamed of winning a Formula 1 race and to live out that moment."