With the tyre rules completely different for the British Grand Prix weekend, the teams have options in terms of their strategies. 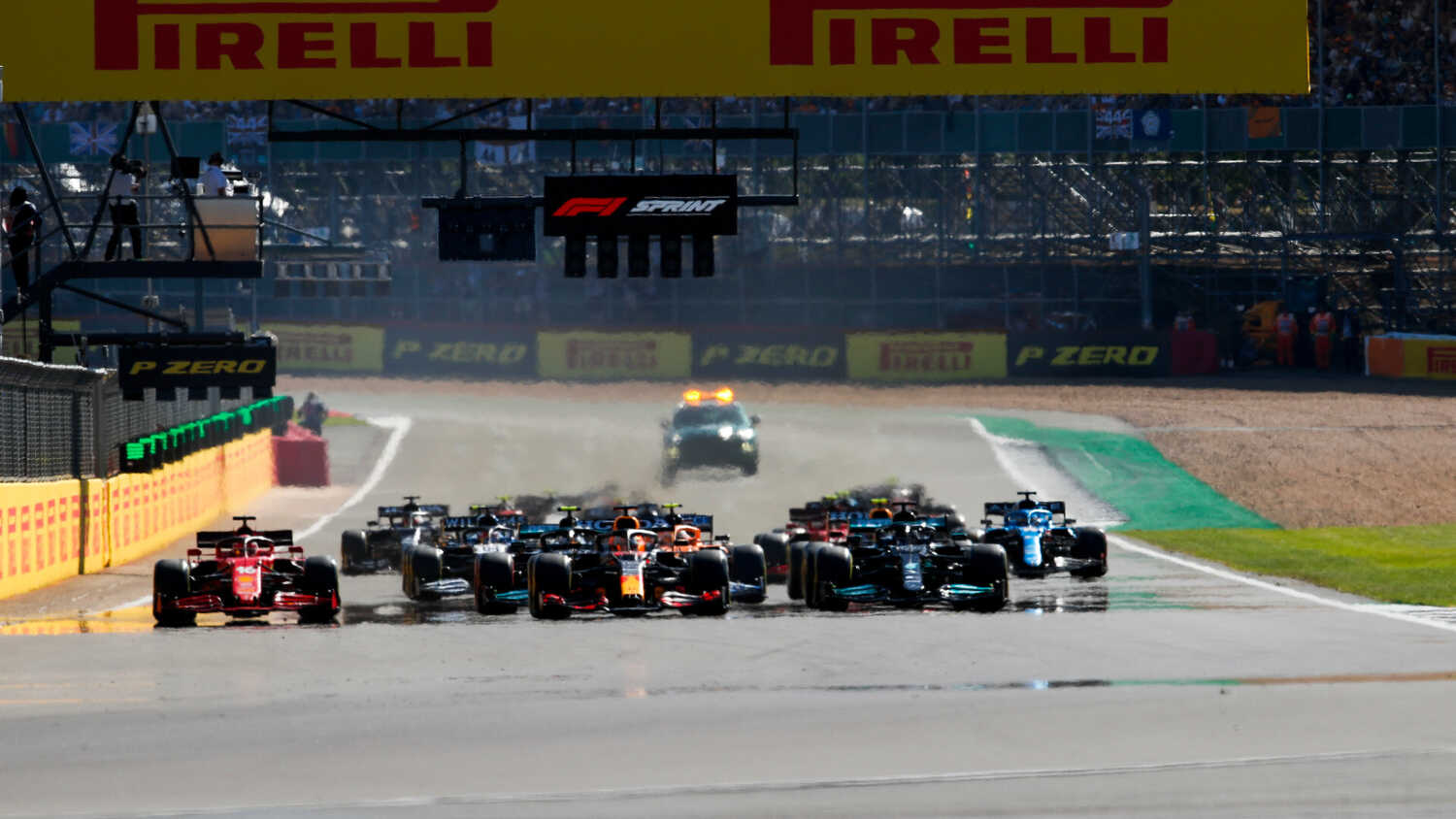 Formula 1 heads into the British Grand Prix under different circumstances to usual, following the introduction of the Sprint Qualifying race format on Saturday.

As a result of the different format, the teams have been given free choice of starting tyre for the race, which is completely different to the usual rule where the top ten must start on the used tyres that they qualified on in the Q2 session.

On paper, the free choice of starting tyre for the Grand Prix makes it a straightforward one-stop race. Pirelli say a one-stop, starting on the medium tyre before a mid-race switch to the hard, is the quickest strategy.

Indeed, this is still the most likely strategy that drivers will be aiming for. However, the extreme heat at Silverstone this weekend may force some teams into thinking about a two stop strategy. The Sprint Qualifying race saw the medium-shod Red Bull and Mercedes struggling with blistering towards the end of the 17 lap race.

Given that the British Grand Prix is set to take place in the hottest conditions of the weekend so far, with track temperatures of around 50 degrees celsius, the demands on the tyres are going to be huge. As a result, some teams may opt to target a two stop race right from the start.

While Pirelli are predicting a one stop, there is some variety to that. Drivers could start on the soft tyre before a switch to the hard compound earlier than the medium runners, while some may even gamble on starting on the hard before switching to the soft later in the race.

Pirelli believe a two stop to be slower, but that the best option for this strategy would be two stints on the soft with one stint on medium.

"Today was a chance to try something different with the first sprint qualifying, and although it was a short race, we already saw some
different tactics on the grid with four drivers going against the trend
and selecting the soft tyre – including Bottas who started and finished
third," said Pirelli's Mario Isola.

"Keeping the soft tyre alive in a race where the drivers pushed at maximum from start to finish in warm conditions was clearly a challenge, but Fernando Alonso made up six places from his start position initially on the softs, before eventually finishing with a four-place gain.

"The medium C2 coped well with the rapid corners and heavy loads of Silverstone, which is why we expect it to be the most popular choice to start the race tomorrow. Temperatures are forecasted to be even higher for the grand prix, so tyre management will be a factor, as we also saw today during sprint qualifying where there was some blistering as the teams pushed to the limit." 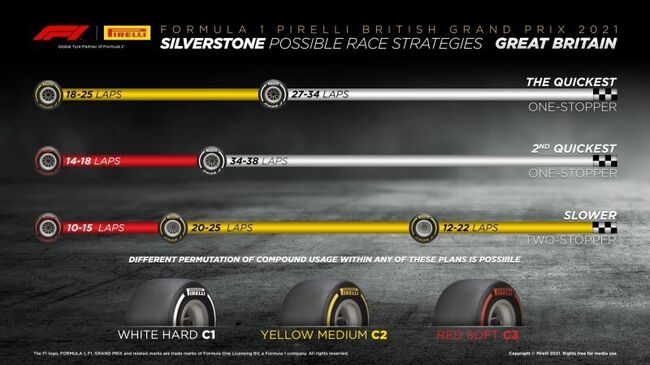