With Mercedes still looking slightly off the pace, and Valterri Bottas branding the car undriveable Jenson Button and Paul di Resta offer their insights into the issues plaguing the Mercedes team. 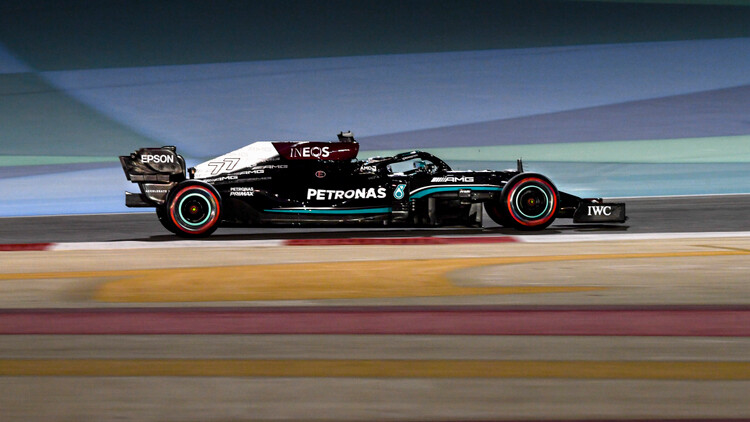 After two under par performances in practice on Friday, former F1 world champion Jenson Button and 2010 DTM champion Paul di Resta share their take on why Mercedes are struggling.

All signs point to the 2021 Formula 1 season being a tug of war between Mercedes and Red Bull. At this point in time, however, it appears as if the Austrian team has the upper hand with Max Verstappen setting the fastest time on Friday.

"Until now and also during the test days, Red Bull seemed to be able to deal with the wind the best," Button told Sky Sports F1.

"In the past it has clearly been Mercedes who have had the most stable car, but Red Bull seem to have taken a big step forward. The Red Bull car looks very stable, while the Mercedes car still left a delicate impression in Friday's practice sessions."

Di Resta echoed the sentiments of his compatriot, highlighting how the technical rule change for 2021 has played a part in destabilising Mercedes' W12.

"Some teams are less affected by the forced change to the floor than others," Di Resta stated.

"With Mercedes, for example, it seems to be a big issue and don't forget that this year's new tyres play a big role. During the Friday sessions it also became clear to me how exciting qualifying will be on Saturday."

Both men did however agree that the fans are in for an exciting qualifying session, with Button stating that the wind direction is sure to play a role in the performance of the cars.

"The wind plays a big role on the Bahrain circuit," Button stated. "Especially on Saturday and Sunday the teams and drivers will have a lot of trouble."

Di Resta added to his collegue's assessment stating that the pack could be closer than ever this year.

"Not only at the front, but also in the middle, the field has come much closer together," Di Resta said.

"The whole field has really become much more competitive and that's going to have a big impact on qualifying. It was already a challenge to get into the Q3 section and that challenge is only going to get bigger this year.

"I think the competitive field will give us a great qualifying session with a lot of surprises!"