Five of the most spectacular F1 car launches

While F1 car launches are fairly straightforward events nowadays, the teams used to make a big song and dance about them. Here's five of the very best! 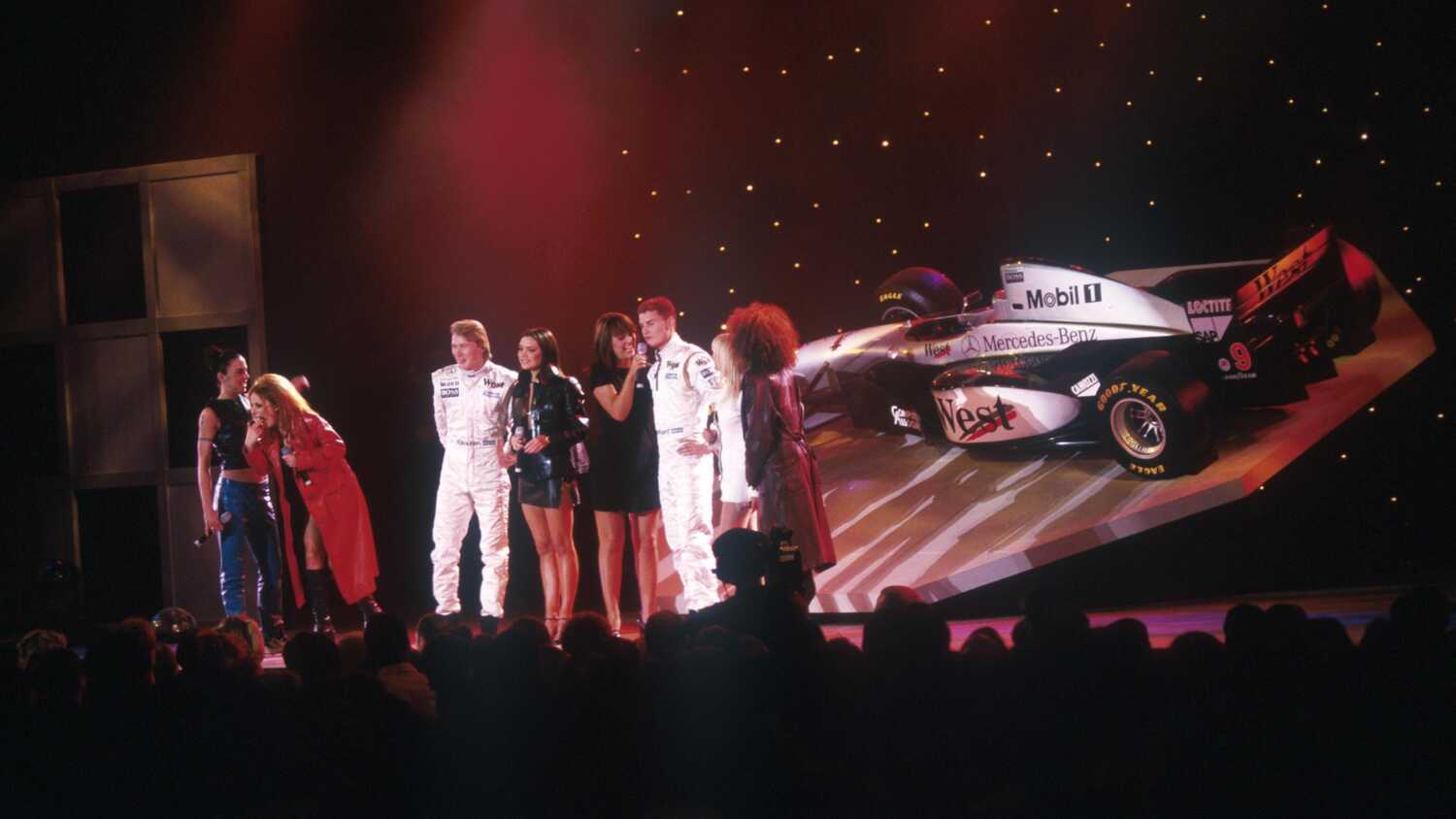 F1 car launches are not what they used to be. Gone are the expensive glitz and glamour, the light displays and the celebrities.

Instead, today, they've been replaced by a brief photo opportunity outside the garage as pre-season testing begins or, if we're lucky, an online reveal where the drivers sheepishly peel off the dust sheet from last year's car re-painted with fresh colours.

Let's revisit some of the moments when F1 teams went all out for the launch of their new cars, with five of the most spectacular car launches ever seen.

While Ron Dennis may have had a reputation for being a no-nonsense, corporate type of team boss, he certainly allowed McLaren to go all out for their car launches.

1997 was the first year of new title sponsor West, marking a clear delineation from the Marlboro McLaren days. This meant a big launch event was planned out, with London's Alexandra Palace as the backdrop for the extravagant show (article image).

Dennis spared no expense as McLaren hired Jamiroquai and the Spice Girls to provide entertainment for the evening. At the time, the Spice Girls were the biggest music act on the planet and the band proceeded to boogie their way across the stage as Mika Hakkinen and David Coulthard awkwardly watched on from the side of the stage. No Red Bull affiliation for Geri Horner in those days!

Some 10 years later, McLaren would go a step further. With the team finding a new title sponsor in Vodafone, and hiring two-time World Champion Fernando Alonso to lead the way alongside rookie Lewis Hamilton, it gave Dennis an excuse to host another over-the-top launch event.

100,000 spectators lined the streets of Valencia in Spain as Hamilton and Alonso drove the MP4/22s down the floodlit roads to perform donuts, accompanied by a Cirque du Soleil performance and a huge fireworks display, with the evening capped off by a performance from renowned violinist Vanessa-Mae. 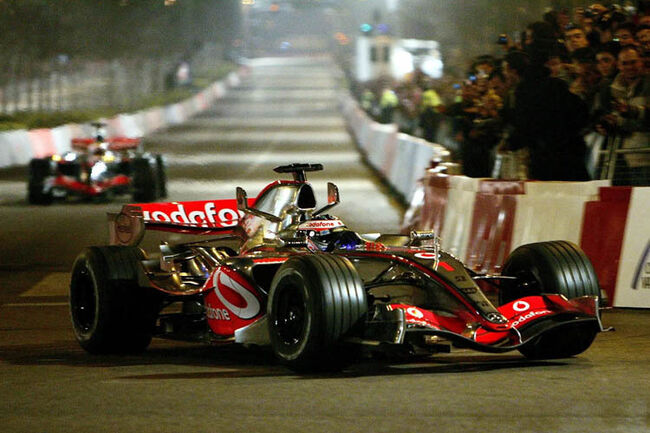 The Enstone squad, like McLaren, are no strangers to pomp and ceremony at their launches. The colourful team were led by the equally colourful Italian businessman Flavio Briatore who oversaw a few dramatic car launches throughout the 1990s and into the 2000s.

Amongst the highlights is the 1996 launch when the B196, the car which would fail to defend the Constructors' Championship after Michael Schumacher's departure, was unveiled at a Roman amphitheatre.

In 2001, the B201 was unveiled in St. Mark's Square in Venice to provide a spectacular backdrop for spectators, sponsors and media.

But probably the most impressive of Benetton's launches came in 2000. The B200 was revealed on a plinth overlooking the Magic Fountain at Montjuic Park in the heart of Barcelona city. This was done after the car rotated upwards out from under the plinth, upon which had been placed a statue of itself! 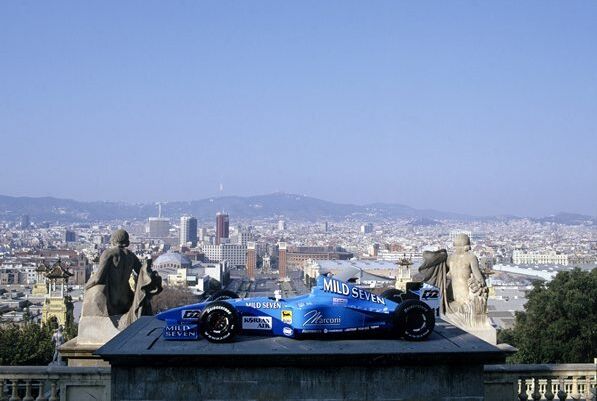 The arrival of Vijay Mallya's Force India in Formula 1 saw what was probably one of the sport's most extravagant launches of modern day F1.

Bringing their new VJM01 to Mumbai, the car was shown off in front of the Gateway of India.

The launch event ran from day until night, with the party extending on into the early hours as Mallya continued the night on his yacht. 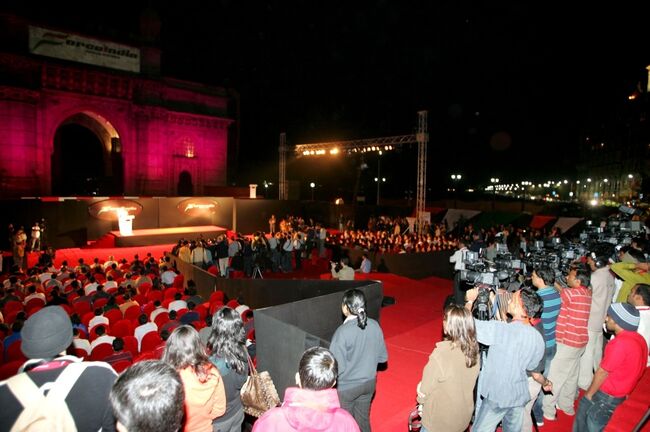 Eddie Jordan being the showman he is, one might have expected that, under his ownership, his team would have seen some of the more ostentatious car reveals of the decadent days in the 1990s.

But not so – the canny Irish entrepreneur didn't waste money on such frivolities.

However, one of the more elaborate launches the Jordan team were involved with was in 2002 when the car appeared from the back of an Airbus Jet at Brussels Airport.

Thanks to title sponsor DHL, the car was unloaded from the jet and, accompanied by flashing lights and an obligatory cloud of smoke, unveiled to press and a small gathering. 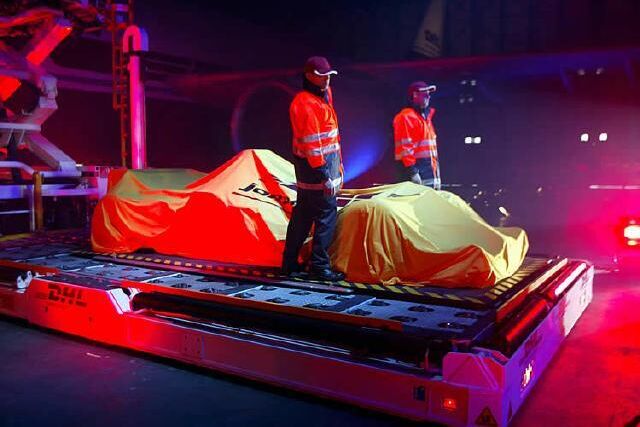 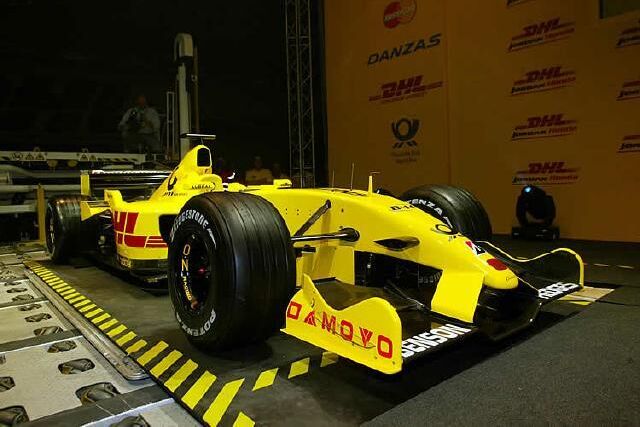 British American Racing certainly weren't shy and retiring upon their entry into the sport. The team, emerging from the ashes of Tyrrell and which would evolve to become the Mercedes of today, heralded the arrival of parent company British American Tobacco by painting their two cars in two different liveries.

Seizing the opportunity to promote two of their brands, BAT painted Jacques Villeneuve's car in the colours of Lucky Strike, while Ricardo Zonta had his in 555 colours – the same made famous in the World Rally Championship by the Subaru entry of 1995 champion Colin McRae.

BAR made no friends early on by boasting about how they expected to achieve early success, and also incurred the ire of the FIA – the governing body ruling that the team had to run their cars with the same livery.

While the argument resulted in plenty of column inches for BAR, the cars hit the track at the season-opener in Australia in a uniform livery. The cars were bedecked with a zipper down the middle, with the two sides painted in the liveries BAT had wanted in the first place. An inelegant, but genius, solution. 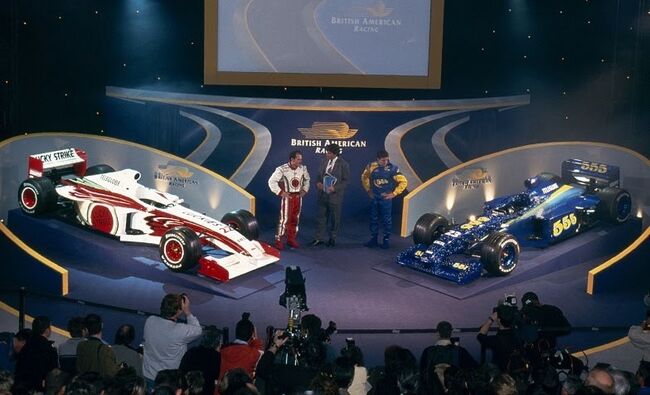 Which other F1 car launches stand out over the years?

There's plenty of other launches we could have included, such as Sauber's 2004 reveal with the Sugababes, or Arrows rolling out their FA1 at Silverstone in 1978 in the same colour as the heavy snowfall at the circuit.

What car launches do you think count amongst Formula 1's most spectacular? Share your thoughts in the comments section below!