FIA steward explains Hamilton's Monza penalty: We had no choice

At the 2020 Italian Grand Prix, Lewis Hamilton was handed a stop-go penalty for entering the pit lane when it was closed. The decision demoted the Brit from first to last but the stewards from the race insist the right decision was made. 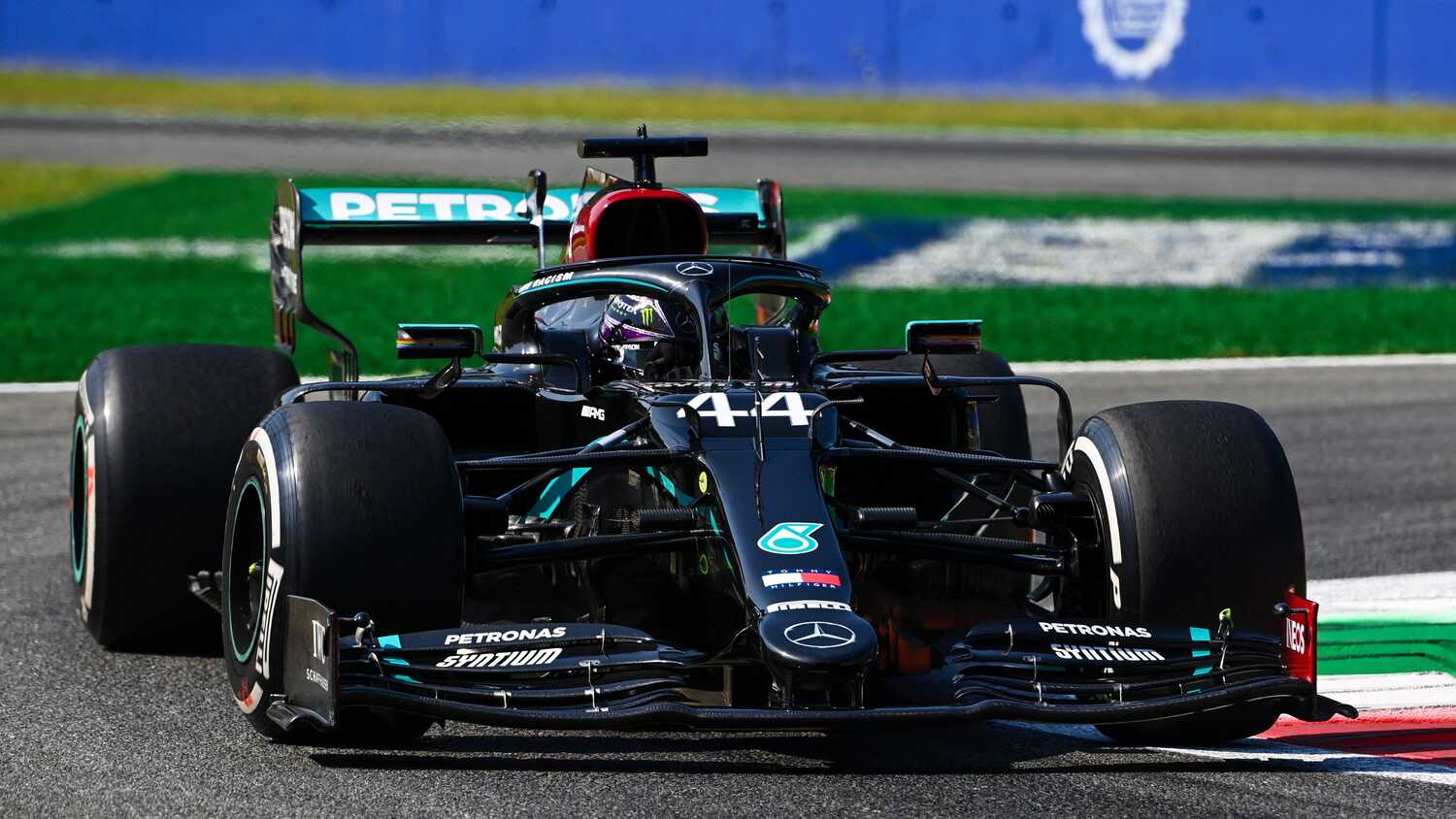 Lewis Hamilton’s controversial stop-go penalty during the 2020 Italian Grand Prix was raised as an example at this morning’s FIA International Stewards Seminar, with Garry Connelly stating there was no other option in that specific situation.

Hamilton was on course for the most comfortable of victories until his team called him into the pits under the safety car, not realising the pit lane had been closed. Given the wide TV coverage the incident received, Connelly, an FIA steward himself, went into detail about how it all unfolded and the discussion the FIA stewards at Monza had with the seven-time world champion.

"Most of us don’t like mandatory penalties,” Connelly began by saying. "But they’re there. They’re there mainly at the request of the teams and this penalty required a stop-and-go penalty for Lewis Hamilton, world champion potentially. I think he was leading the race at the time and went basically to the back of the field."

The safety car peeled into the pits at the end of lap 23 but the race came to a halt shortly after when Charles Leclerc crashed coming out of the parabolica and damaged the tyre barrier. And this stoppage afforded Hamilton the unusual luxury of visiting the stewards during the race to query his penalty.

"Now that was a very interesting situation and Lewis came and paid us a visit in the stewards room wearing his mask, which was great. Lewis was extremely polite and he just said, ‘guys, can you tell me why I’ve been penalised’? And we said, ‘yes, because you entered the pit lane when it was closed’.

"He said, ‘can you show me’? And we showed him the video replay and from his onboard camera and there right in front of him was the warning light for the first panel, and then again, the second panel. And he said, ‘okay, I accept that, but why such a harsh penalty’? And we explained to him that, unfortunately, it was a mandatory penalty."

"While he was not absolutely delighted with this, Lewis accepted it and was extremely polite, as I’ve always found him. But I think that’s a perfect example that no matter how painful the decision, it was accepted by Lewis and his team, so it goes to show that if you can explain something, you make a difficult decision acceptable to those to whom it applies, and then to the wider audience."

The Italian Grand Prix went on to become one of the most memorable races in recent memory, with Pierre Gasly picking up his maiden victory ahead of Carlos Sainz and Lance Stroll. And despite being demoted to the back of the grid, Hamilton fought his way through the pack to finish seventh.