Ferrari were unwilling to give too much away after running a new power unit in Charles Leclerc's car at the Russian Grand Prix. 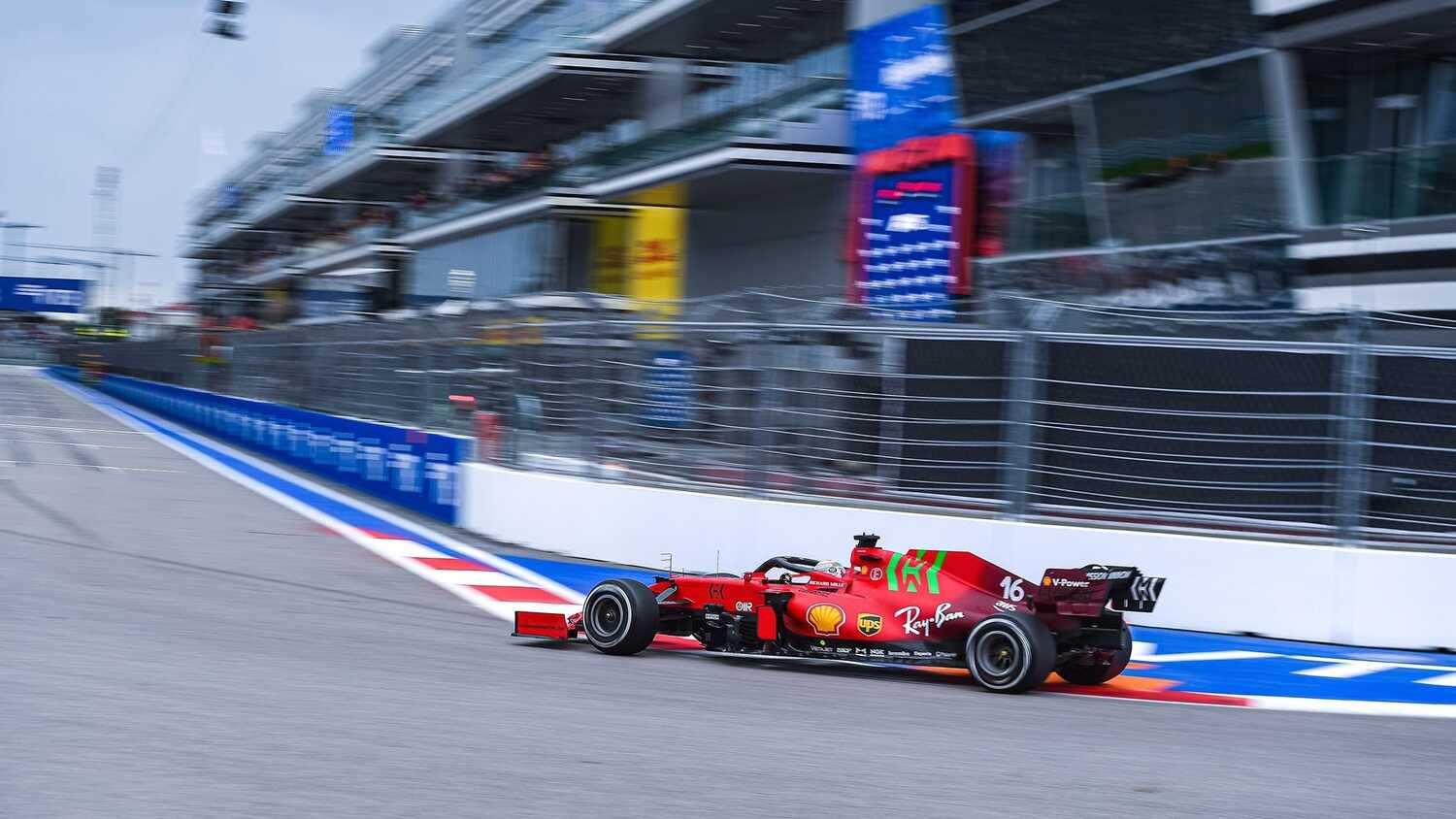 Ferrari have remained coy over the gains made with the new power unit used by Charles Leclerc at the Russian Grand Prix.

Leclerc started from the back of the grid at the Sochi Autodrom after taking on a fourth power unit fitted with an updated hybrid system, which the Monegasque described as "a little bit better" on paper.

Ferrari's main goal with the change was to "gain experience" for their 2022 car, with a freeze on power unit development coming into force next year.

Laurent Mekies, Racing Director at Ferrari, explained after qualifying that the power unit was "working smoothly" and the team felt "satisfied with what we see", though admitted it was "no game-changer".

Leclerc produced a strong recovery drive in the race and looked set for points until rain fell late on; he tumbled down the order to 15th after leaving it too long to switch from slicks to Intermediates.

Asked for his take on the engine update post-race, Ferrari Team Principal Mattia Binotto was unwilling to make any clear statements.

"I don't want to quantify it," Binotto told media, including RacingNews365.com. "I think that is a part of our confidentiality.

"It is a step in terms of performance, but as Charles and Laurent [Mekies] said already, more important for us, certainly it has pushed forward as much as we could that new technology.

"It will certainly help in the view of 2022 in terms of the experience we can do.

"I'm happy now that Charles has got it, and got it for the rest of the season, which still is somehow a step."

Ferrari hold fourth in the standings, 17.5 points behind McLaren.