Ferrari driver Charles Leclerc discusses how he will welcome his new teammate Carlos Sainz into the team and indicated that the Spanish driver won't need any tips. 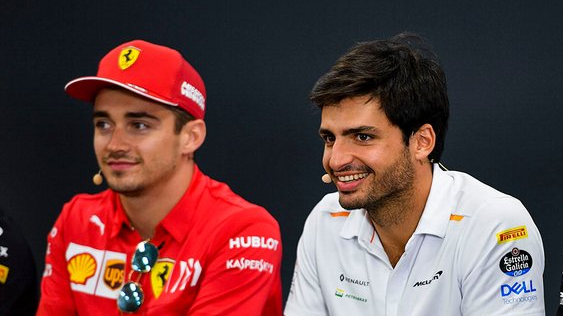 Carlos Sainz was hired by Ferrari to replace four-time F1 world champion Sebastian Vettel, and while the team claim the Spaniard will have equal status with Charles Leclerc, many expect him to play the part of wingman.

In fact, Leclerc himself has said that he expects Sainz to find his own way in the team and he is not predisposed to help his new teammate.

"I think once you have ended up at Ferrari you no longer need advice," Leclerc stated at a Ferrari press event.

Despite the frank reply as to how he will advise his new teammate, Leclerc still wished Sainz the best of luck.

"That is the only thing I can do and I hope that he and the team will get to know each other better than they already do," Leclerc concluded.