Ferrari will be carrying out a chassis change on Charles Leclerc's car ahead of the Qatar GP after his struggles in qualifying. 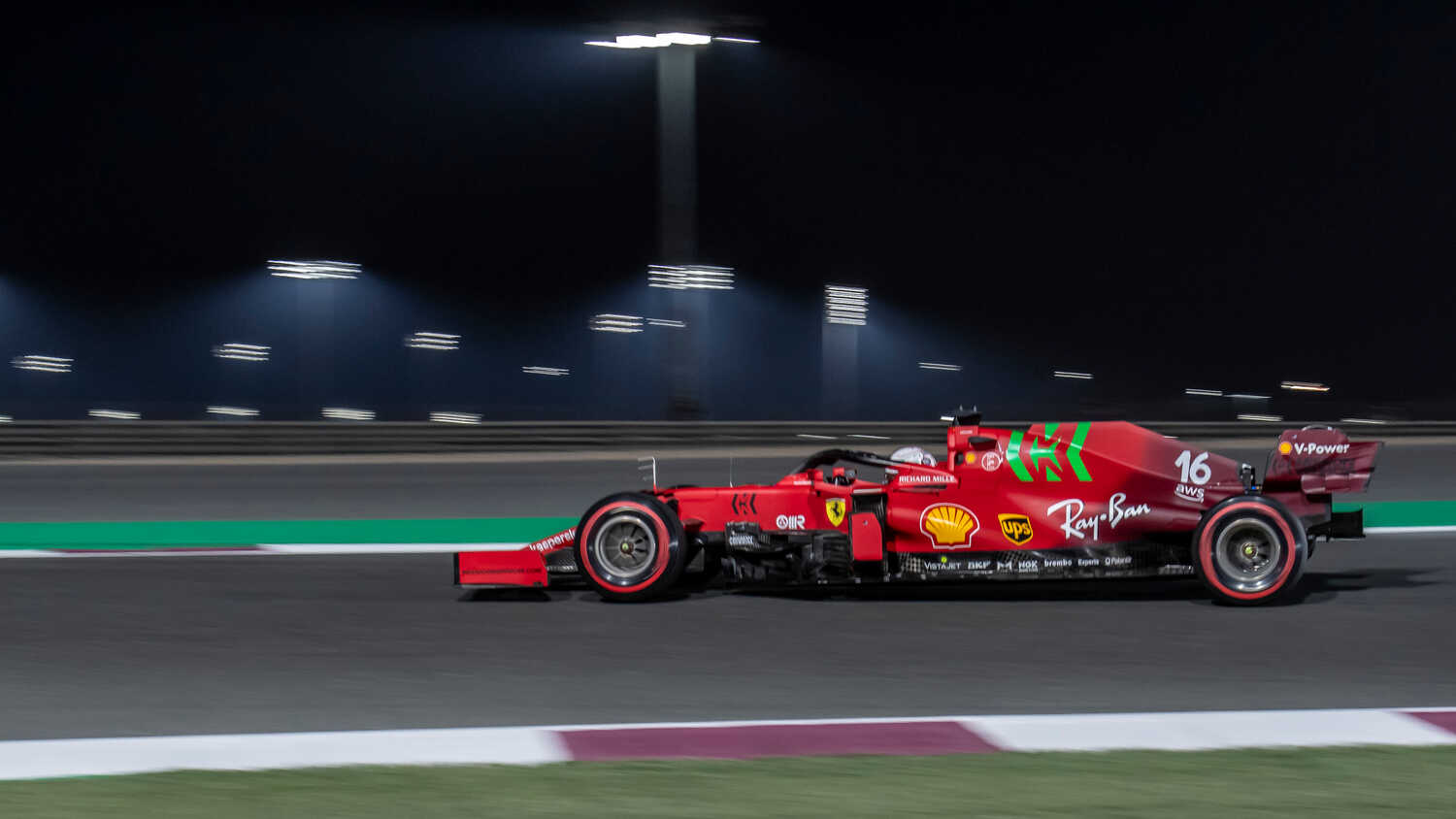 Ferrari have confirmed that a cracked chassis was partly behind Charles Leclerc's shock exit in the second phase of qualifying at the Qatar Grand Prix.

Leclerc ended final practice at the Losail International Circuit in ninth position, a couple of tenths away from teammate Carlos Sainz, but struggled in qualifying after clattering the kerbs in Q1, which damaged his chassis.

As a result, the Monegasque was unable to go beyond Q2 and wound up 13th, meaning he failed to reach the pole position shootout for only the third time this season.

Damage from the kerbs

Ferrari explained what was behind Leclerc's difficult qualifying session in a brief statement, with mechanics set to carry out a chassis change ahead of the race.

"After Leclerc's car was checked, a crack was found in the chassis, probably as a result of going over the kerbs on the first run in Q1. It will now have to be changed," the team explained.

"If all the work is done within the time allowed by the sporting regulations, Charles will still start from his qualifying position."

"I didn't have enough grip"

Leclerc described the session from his perspective and how he was initially at a loss as to where his pace had gone.

"It was just slow all qualifying. We need to understand what has gone wrong." Leclerc told media, including RacingNews365.com.

"It was a strange qualifying, for sure. I never felt like I put the tyres in the right window and I was just sliding around, being limited by grip.

"There were no bad mistakes or no balance problems, I just didn't have enough grip."

Carlos Sainz is set to line up seventh in the other Ferrari, though the Spaniard will pay a visit to the stewards ahead of the race over an alleged yellow flag breach in qualifying.