Jock Clear, Senior Performance Engineer and Driver Coach at Ferrari, has been incredibly impressed by Charles Leclerc both on and off the track. 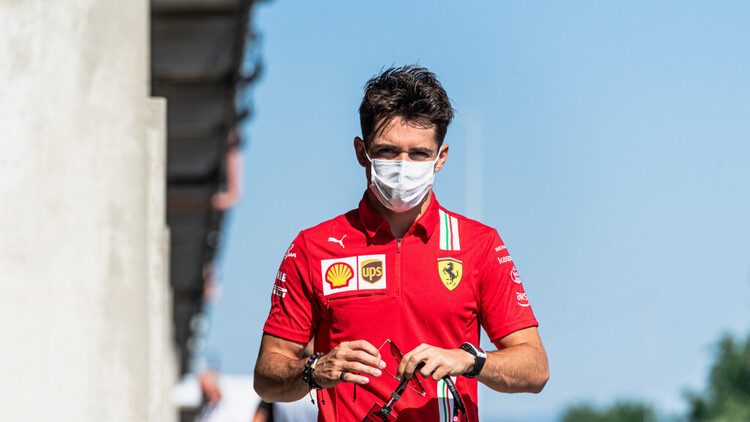 Ferrari Driver Coach Jock Clear admits what has impressed him the most about Charles Leclerc is his mental strength.

Clear – a veteran engineer who has worked with many drivers over the years, including Michael Schumacher and Jenson Button – has coached Leclerc since the Monegasque joined the team in 2019. Given that Leclerc arrived at the Scuderia at such a young age, Clear thinks the 23-year-old has proved just how mentally resilient he is.

"Mental strength," Clear told the Beyond The Grid podcast when asked what impressed him about Leclerc.

"If you say, 'Okay, put it in a nutshell, these are the drivers I've worked with, put your finger on the one element of this driver that really shines through' – mental strength certainly with Charles. Quite astoundingly strong mentally.

"[This applies to] pretty much everything he's done. It's easy to forget, simply because he is who he is and he has done what he's done in the last two/three years. It's easy to forget that coming into Ferrari as an official Ferrari driver at that age, that's got to be intimidating, isn't it?

"It's intimidating for Sebastian Vettel when he comes here with four World Championships. That is intimidating stuff, and how he [Leclerc] has carried himself, pretty much from day one...

"Yes he is super quick, and we've seen how good a qualifier he is."

Clear believes that it is his impressive qualifying form that particularly highlights Leclerc's strong mental ability.

"I think qualifying is a good example of mental strength," Clear explained. "Because I think actually qualifying is an occasion where you've got to perform.

"It's a bit like taking the penalty at the end of the Euros. That is pressure – you've got to deliver now. There's no, 'That wasn't great but the next one will be alright'.

"Qualifying is qualifying, and the fact that he's quick in qualifying I think is another manifestation of his mental strength. But [there have been] all sorts of behind-the-scenes conversations and stresses that he's been under that I'm really, really impressed at how little they impact him come Sunday afternoon."