F1's reserve class 2021: Who are each team's reserve drivers?

Who are the reserve drivers waiting in the wings to step in and replace the Formula 1 team's race drivers at a moment's notice? 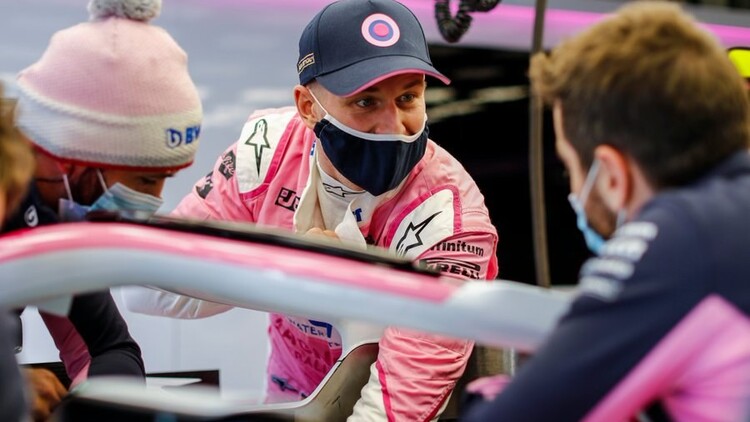 Each team has to keep in mind the possibility that, for whatever reason, sometimes drivers are simply unable to take part in a race. Sometimes it's through injury, like Romain Grosjean missing the final two races in 2020 due to his Bahrain crash. On that occasion, Haas called up their reserve Pietro Fittipaldi.

Sometimes it can be for a race suspension, or even a driver walking away from a team. Think back to 2013, when Kimi Raikkonen left Lotus early in order to have some back surgery. He was replaced by Heikki Kovalainen.

An extra factor to consider at the moment is the possibility of the coronavirus affecting a driver. Lewis Hamilton missed the Sakhir GP last season due to testing positive for COVID-19, replaced by George Russell. Both Racing Point drivers Sergio Perez and Lance Stroll also missed races, each replaced by Nico Hulkenberg at the time.

Most teams are now wise enough to keep a driver or two on standby if required, so let's run through the reserve class of 2021.

Having been caught off-guard by Hamilton's enforced absence for the Sakhir GP, calling up Williams' George Russell on that occasion, Mercedes have thought out their contingency plans for 2021 a little more carefully.

Mercedes can call up one of their factory Formula E drivers if needed, with Stoffel Vandoorne and Nyck de Vries both representing the marque in the electric series.

Of course, there's the obvious possibility that there could be a clash of Formula 1 and Formula E events, but that possibility has been covered off too.

Mercedes will also have the option of calling up Nico Hulkenberg, with the German signing up as Aston Martin's official reserve for 2021.

Calling upon their former race driver Nico Hulkenberg to stand in for the ill Sergio Perez for the Silverstone rounds in 2020, as well as Lance Stroll at the Nurburgring, Aston Martin formalised a reserve role for the Hulk for 2021.

As mentioned, he will also be available to race for Mercedes if required, thanks to the close ties between Mercedes and Aston.

There's always the possibility that an Aston driver and a Mercedes driver could be sidelined at the same time, coinciding with a Formula E weekend, but that would take a pretty unusual set of circumstances..

Ferrari's official reserve driver is also a race driver, which is a little confusing. Should Charles Leclerc or Carlos Sainz require replacing, Ferrari's first port of call is Antonio Giovinazzi.

The Italian driver currently races with Alfa Romeo, but is part of the Ferrari programme.

Callum Ilott isn't an official reserve, but has signed up as a test driver for the F1 team this year and races for the Ferrari brand in GT Racing.

Other drivers on Ferrari's books include Mick Schumacher at Haas, as well as current Formula 2 racers Robert Shwartzman and Marcus Armstrong.

But, due to superlicence points, or lack thereof, assume it'll be Giovinazzi.

If a chain of events was to occur where Giovinazzi was required at Ferrari, or either he or Kimi Raikkonen needed rapid replacing, Alfa Romeo have got Robert Kubica as their official reserve driver.

A regular tester for the team after joining as a test and reserve driver for 2020, Kubica remains race ready and is currently competing in DTM and GT3 racing.

Should Max Verstappen or Sergio Perez need to be replaced, Red Bull have kept 2020 race driver Alex Albon on their books for such a job.

The British-Thai racer may not have done enough to retain his seat as a permanent racer, but he has been kept on as someone with the knowledge and experience to be able to carry the team through a few races.

There's also the possibility that they could call up Pierre Gasly or Yuki Tsunoda from AlphaTauri, although this would obviously have knock-on effects for the junior team.

As above, AlphaTauri have got Alex Albon at hand as Red Bull's reserve. If Red Bull were to go for the option of picking an AlphaTauri race driver as their replacement, Albon would slot into the vacant seat at the Italian team.

If both Red Bull and AlphaTauri were to require a reserve at the same time, Albon would take one, with the team having to look elsewhere for another. A likely possibility could be Nico Hulkenberg, who established links with the team during contract negotiations for a race seat for 2021.

Should Fernando Alonso or Esteban Ocon require a stand-in for a race or two, Alpine would call upon Daniil Kvyat.

Having been released and dropped from the Red Bull programme at the end of 2020, Kvyat's free agent status meant he was snapped up by Alpine as a potential reserve. His recent experience and knowledge makes him an ideal candidate, if needed.

Alpine also have their own driver programme, with Guanyu Zhou and Christian Lundgaard at the top of the tree as they currently race in Formula 2. However, due to their superlicence status and Kvyat's signing, neither are particularly likely without exceptional circumstances.

Having re-established links with Mercedes as they switched back to German power for 2021, McLaren also share reserve drivers with their engine supplier team.

Stoffel Vandoorne, who raced with McLaren until 2018, could be called upon, as could Nyck de Vries. Ironically, the Dutch driver was part of the McLaren junior programme too but was dropped in 2019.

Presumably, this would mean Nico Hulkenberg is also a potential call-up if needed.

If some truly bizarre circumstances arose where Mercedes, Aston and McLaren all needed a reserve at the same time....all bets are off.

Just like in recent seasons, Haas have kept Brazilian driver Pietro Fittipaldi signed up as their reserve driver in case they need a stand-in for Mick Schumacher or Nikita Mazepin.

Fittipaldi made his debut last season replacing the injured Romain Grosjean, and fared well as a solid pair of hands.

He's also keeping sharp by racing in sportscars this year.

Having had his chance to make his debut in F1 at Sakhir as replacement for the promoted George Russell, Jack Aitken has been kept on as the reserve driver for Williams.

He'll step up to replace Russell or Nicholas Latifi if required.