The third and final practice session for the Russian Grand Prix has been cancelled due to the adverse weather conditions. 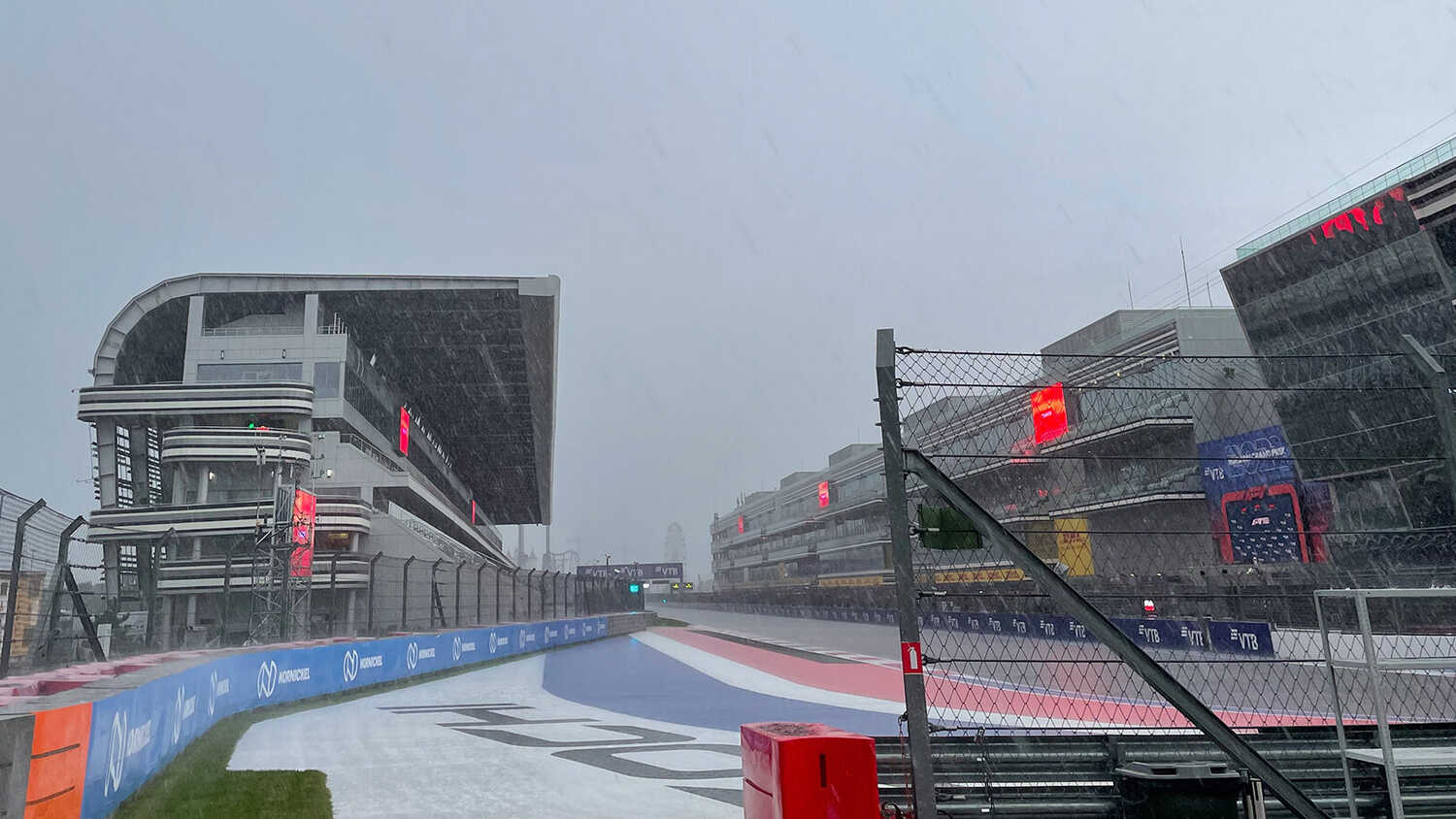 The final practice session for the Russian Grand Prix has been cancelled due to heavy rain at the Sochi Autodrom, which has been falling since Friday night.

Standing water and the inability for the medical helicopter to fly caused the first Formula 2 Sprint race to be postponed and the third Formula 1 practice session has followed suit.

The official FIA statement read: "Having received a request from the Race Director and the Clerk of the Course, in accordance with Article 15.3 a) of the Formula One Sporting Regulations, and Articles 11.9.3.m and 11.9.3.o of the FIA International Sporting Code, DECIDE, in the interest of safety, to modify the Official Programme by cancelling Free Practice Session 3 due to Force Majeure."

Qualifying is set to get underway at 13:00 UK time and F1 Race Director Michael Masi says getting that session underway will be the priority.

The current weather forecast suggests the rain may ease up in the afternoon in Sochi. If the conditions do not improve, F1 qualifying will be pushed back to Sunday morning.

It's the first time a practice session has been cancelled since the 2019 Japanese GP ,when FP3 was also called off due to Typhoon Hagibis.