The big talking point coming out of testing in Bahrain is whether Mercedes remain title favourites in 2021 despite their struggles. F1 reporter Will Buxton believes that while the Silver Arrows will contend, not all is well at this time. 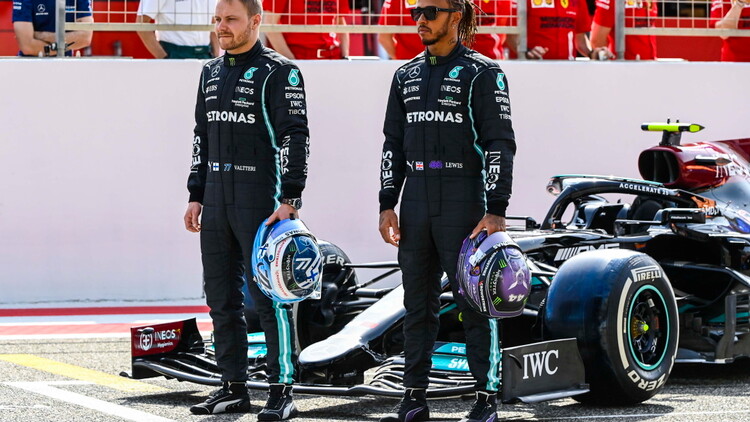 Will Buxton is no stranger when it comes to the F1 paddock, and given what he saw in Bahrain, the Brit believes Mercedes aren't the team to beat heading into the first face of the season.

The Silver Arrows had a difficult three days, with reliability issues hampering their running time on the first day. Even when those gremlins were worked out, the car didn't have the pace you would normally expect from a Mercedes, and because of that Buxton believes the pecking order has been shaken up.

"Mercedes are second at the moment in terms of the overall competitive order," Buxton stated on his YouTube channel. "Given the struggles that they had in pre-season testing you could legitimately put them lower in the order given some of the teams, like McLaren, who had a nigh on perfect three days in Bahrain.

"However Mercedes haven't forgotten how to win races, they haven't forgotten how to win a world championship so I think it's disingenuous to put them any lower than second. Some people would argue they should still be first but from what I've seen, from what I understand and from what I've heard, the problems that they've got are real. Reliability was an issue for them in testing, but it wasn't just reliability. When that car was out on track, it did not look all together. It was sketchy, it was unstable and neither driver looked confident.

New technical regulations in 2021 have been put in place in an attempt to reduce downforce, and Buxton believes that has caused issues for Mercedes and Lewis Hamilton.

"When we talk about the drivers, it was Hamilton who looked the less confident of the two," Buxton added. "The car's not happy, the drivers aren't happy and as we've discussed there's a theory that in order to make the new floor regulations work to their optimum you need to raise that rear ride height, you need to put an angle of rake on the car that Mercedes simply aren't used to running.

"It's giving them a headache, that's the theory at least.It's a headache that of course we expect them to get on top of because they're Mercedes, but if they are having to forge a path they have deliberately not taken in recent years, it is going to take them time to get to the top.

"No doubt Mercedes will be fast, they will competitive, they will likely fight for the world championship but they do not enter 2021 as title favourites."