Lewis Hamilton and Valtteri Bottas will both be out of contract at the end of the season. While the Brit has enjoyed noted success with Mercedes, Sky Sports experts believe the 2021 campaign is make or break for the Finn. 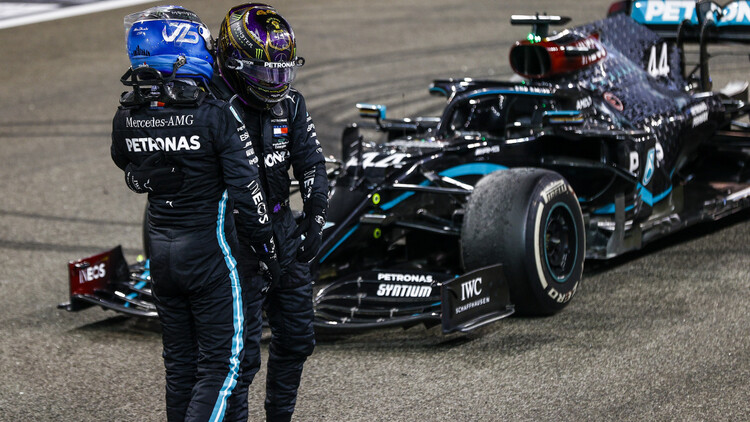 With many tipping Lewis Hamilton as the favourite to claim another Formula 1 world title in 2021, it looks as though Valtteri Bottas is taking a page out of Nico Rosberg's book in an attempt to stop the Brit.

The duo are entering the new campaign as teammates for the fifth consecutive season, with Hamilton coming out on top every year so far. Rosberg was the last man to beat the Brit on track back in 2016, and Sky Sports F1's Ted Kravitz believes Bottas is taking a page out of the German's book in order to get the better of his teammate.

"Valtteri Bottas seems to be doing a Nico Rosberg this year," Kravitz told Sky Sports ahead of Friday's testing.

"He's shedding off any of the things that are distractions, and he says he's going to be more selfish this year - aware of the fact that sometimes that's not a very nice human characteristic but it's only a year out of his life that he has to be selfish.

"He's going to really try and do everything he can to go for the championship."

"Last year that Sakhir Grand Prix weekend was a brilliant opportunity for Mercedes to put their two drivers against each other in a direct competition," Chandhok added. "They created a mini shootout in some ways, and George did a superb job, let's be honest about it.