Another exciting round of the 2021 Formula 1 season saw Max Verstappen come out on top against Lewis Hamilton after another on-track battle. Further down the field, Lando Norris was the best of the rest once again whilst his McLaren teammate Daniel Ricciardo showed his best form of the year so far. RacingNews365.com rates the whole field and how they performed at the French GP. 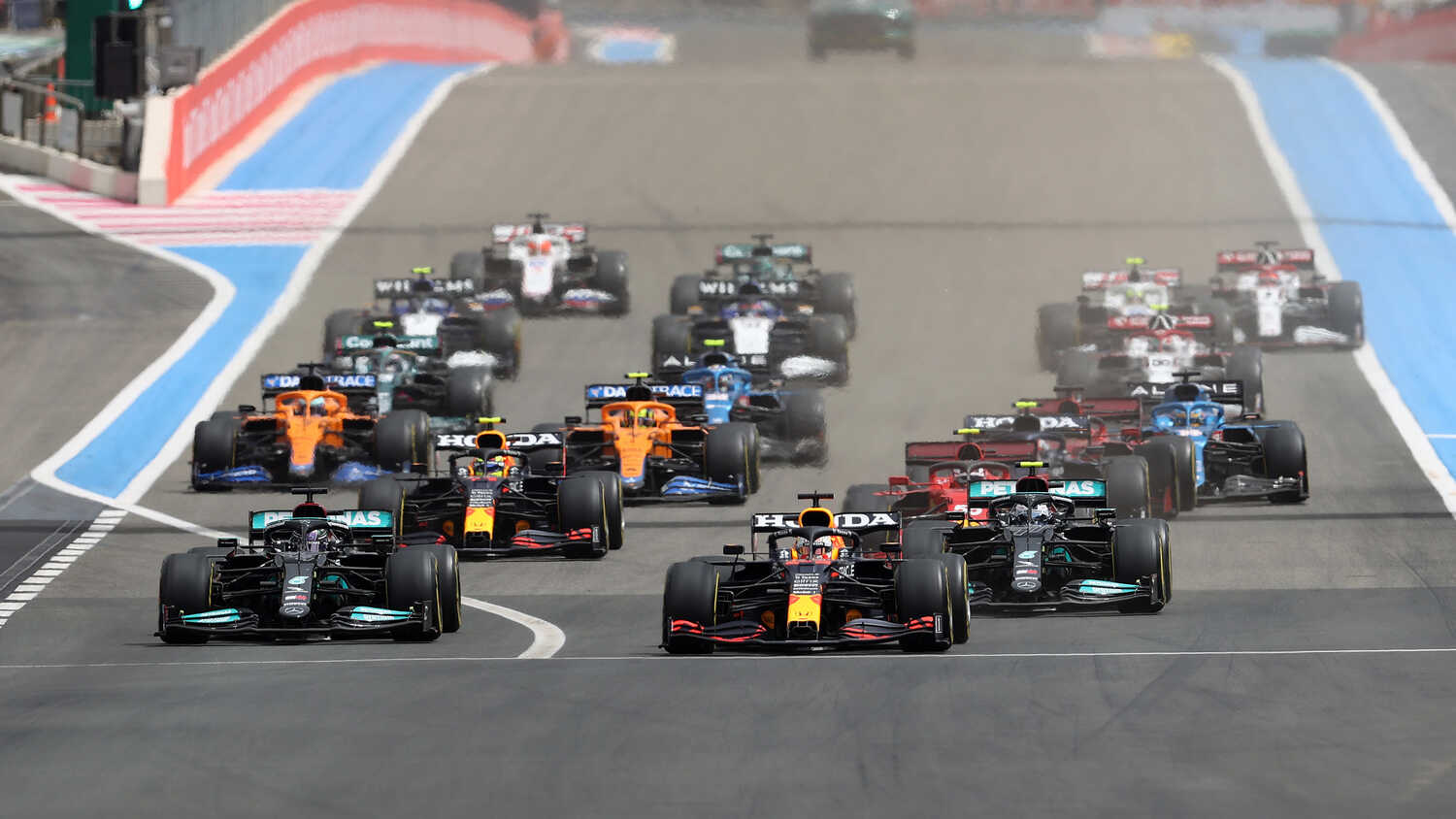 Max Verstappen was victorious after an enthralling strategic battle with Lewis Hamilton at the French Grand Prix to extend his lead in the Drivers' Championship.

Sergio Perez finished third after a late-race overtake on Valtteri Bottas as Red Bull and Mercedes went head to head in what will go down as a classic race at Paul Ricard.

Our ratings solely look at how well the drivers got on at the French GP weekend including their pace against their teammates and rivals, mistakes and any other standout moments from the Grand Prix.

Verstappen was on top form all weekend, perhaps in anger from his tyre failure at the Azerbaijan GP. His pole position lap was excellent and he did everything right apart from a small but crucial error on the opening lap.

Red Bull's undercut just worked as Verstappen beat Hamilton to Turn 1 following the pit stop phase. Red Bull's decision to go for a two-stop strategy was a bold move and in the hands of Verstappen it paid off as the Dutchman got his tyre management on the medium tyres spot on despite some radio troubles.

An outstanding race and an important one too because Mercedes were widely expected to be very difficult to beat at Paul Ricard.

Hamilton was equally as impressive in France and it was one of those races were you felt that only he could make the hard tyres last for 35 laps and still set personal best sectors in the closing stages of the race.

The seven-time world champion did nothing wrong on Sunday other than a few small errors when he went wide as his tyres gave way and he was pushing Verstappen very hard after his pit stop when he lost the lead which he had gained at the start.

It looked like Hamilton had done something magical with his Pirelli rubber once again with eight laps to go but it was not quite enough. Nevertheless, a fantastic drive. 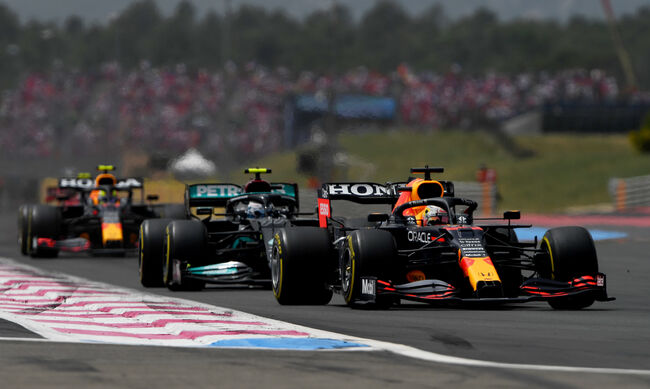 Perez quietly went about his own business as Bottas, Hamilton and Verstappen were knocking punches on each other at the head of the field.

He played the team game and is doing exactly what Red Bull need. His tyre management was very good and he took advantage of an angry Bottas with a good overtake towards the end of the race.

Considering how good Hamilton and Verstappen were, Perez did a fantastic job to not get left behind and to take another podium.

Bottas had a great weekend up until he made some crucial defensive errors against both Red Bull drivers. The Finn usually struggles with race pace but he was able to keep up with Hamilton and Verstappen for much of the race.

However, maybe he was pushing a little too hard as his front tyres gave way which did not help during his battle with Verstappen in particular.

Bottas didn't need to defend to the inside but he did which put him off line and he lost the place. It was a similar situation with Perez as Bottas went a little bit too deep which gave him out of position for the next turn which allowed Perez to get past on the run up to Signe. 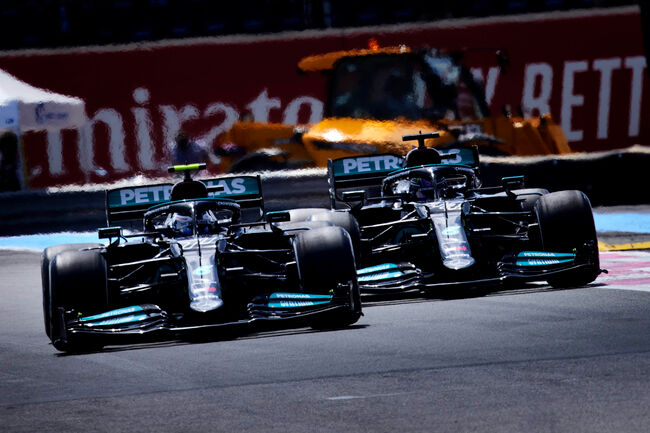 Lando Norris had yet another exemplary drive as he came through the midfield to finish as the top of 'best of the rest' class at the French GP.

Norris went long on his first stint which gave him fresher hard tyres but he still had to overtake Charles Leclerc Carlos Sainz, Pierre Gasly and some lapped.

The strategy worked because Norris maintained good pace during the final eight laps of his first stint. A perfectly executed drive from the McLaren driver.

Daniel Ricciardo had one of his best weekends for McLaren as he followed Norris home to finish in sixth. Ricciardo initially got ahead of Norris but did not quite have the same pace to remain the lead McLaren driver.

He's clearly starting to get to grips with the car and he was looking excellent in the first half of the race. The Australian faded a little towards the end but it was much better from Ricciardo and the big question is whether he can back his France performance up at the next two events at the Red Bull Ring. 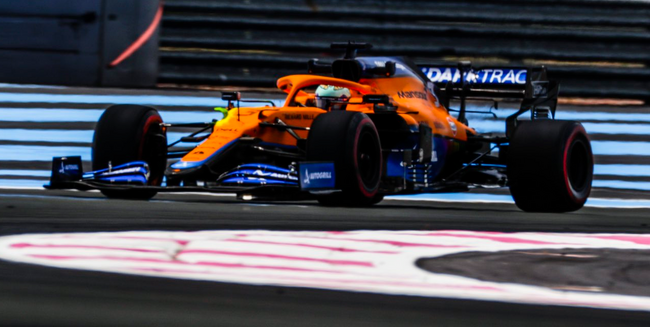 Gasly was great once again to beat both Ferrari drivers and finished on the gearbox of Ricciardo. He's in the form of his life and has got so much confidence in his AlphaTauri which is doing exactly what he wants.

The Frenchman got the most from his tyres and took advantage of Ferrari's lack of pace to score his sixth consecutive points finish this season.

A brilliant showing on home soil.

Alonso is looking more and more like his old self as he fought hard to get his Alpine into the points-paying positions.

The two-time F1 world champion is getting used to the tyres, especially in qualifying which has been a weakness in the past.

Things did not look good at all in the early phase of the race but Alonso managed to extract the most from his tyres when he switched to the hard compound. 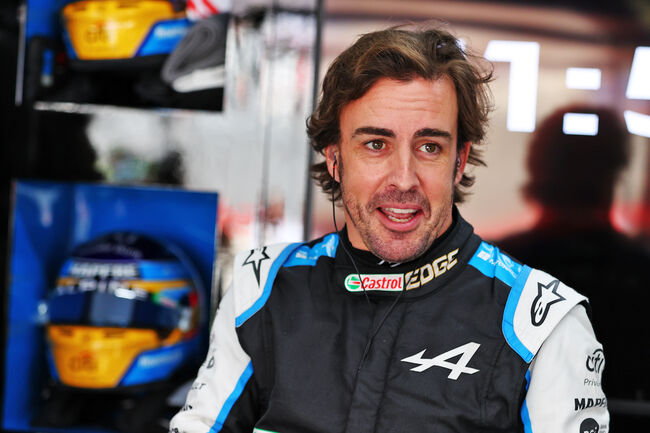 It was a tough weekend for Aston Martin but Sebastian Vettel's alternate strategy salvaged some points for the team.

Vettel was going strongly on the hard tyre but was unable to make an impact on the mediums. There were a few small errors in the race too but it probably didn't have an affect on his final result.

A small step back for the four-time world champion, although a lot of it can be put down to the car.

Lance Stroll arguably had a slightly better race than Vettel as he climbed up the order from 19th on the grid. Stroll started on the back row due to Mick Schumacher's crash which brought an early end to Q1.

Nevertheless, the Canadian did not get the job done earlier in the session but recovered nicely to claim a solitary world championship point. 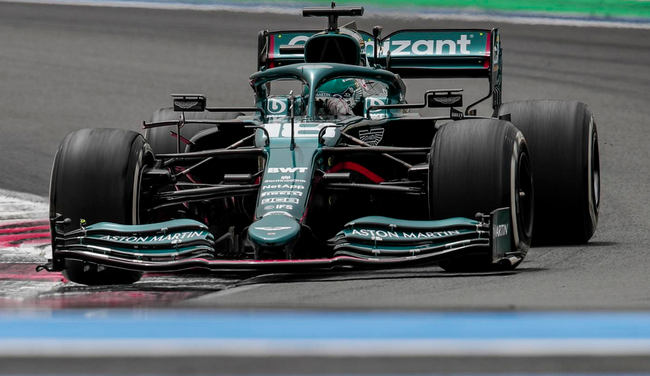 It's very difficult to rate the Ferrari drivers' races because it's clear that the car was very poor around the 5.8km of Paul Ricard.

The reason for the relatively good rating for Sainz is because I feel he could not have done much more and was simply a passenger in a car which had huge tyre degradation, especially on the front tyres.

Sainz had a great qualifying but went backwards in the race as his tyres fell away even though he was not pushing too hard on the Pirelli rubber. He did well to stay in the points for the majority of the French GP.

Russell's stellar race went under the radar as he managed to beat both Alfa Romeo drivers, Yuki Tsunoda and Esteban Ocon on merit too with no retirements in the race.

It has to be one of his best drivers on a Sunday during his time at Williams after initially dropping behind teammate Nicholas Latifi.

The 2018 F2 champion's performance comes at the perfect time too as negotiations continue as to whether he drives for Mercedes in 2022. Russell's result also moves Williams back ahead of Haas in the Constructors' Standings.

Tsunoda could have been in the top 10 had he not crashed in qualifying. The rookie took too much speed into Turn 1 on his first lap and lost the rear to hit the barrier backwards.

It's another driver error for Tsunoda and he has to iron out these mistakes. His race was good but he missed out on an opportunity to add to his points tally. 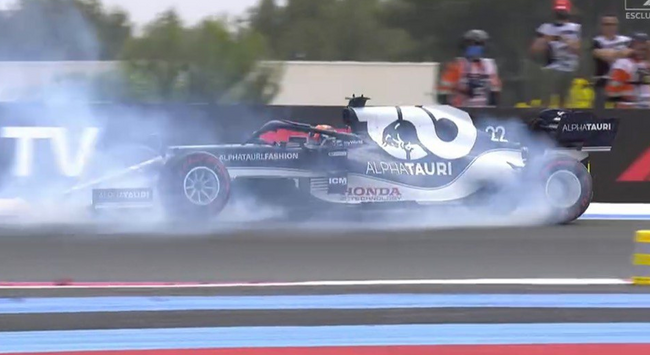 Ocon was consistently off the pace compared to teammate Alonso and it was not the weekend he would have wanted, having signed a new contract last week.

The Alpine driver, on home soil, will be hoping that this is not the start of a poor run of races as Alonso continues to get to grips with the car.

Beginning the hard tyre, Ocon had the option to run the alternate strategy but it did not work and he never looked like threatening the top 10.

Antonio Giovinazzi finished ahead of Kimi Raikkonen for the second time this season (when both drivers finished).

Unfortunately, Alfa Romeo lacked the pace to get anywhere near the points so Giovinazzi could only try and beat Raikkonen which he did in qualifying and the race too, albeit with a strange strategy for Raikkonen which will be explained later.

Leclerc struggled just as much as Sainz as he even struggled to overtake Giovinazzi in the Alfa Romeo even though he had DRS and fresher tyres.

It's bizarre as to why Ferrari's pace has disappeared. Could it be the new tyre regulations or the new flexi-wings test which were introduced for this weekend?

Both Ferrari drivers did what they could it seems and Leclerc felt something was wrong quite early in the weekend. 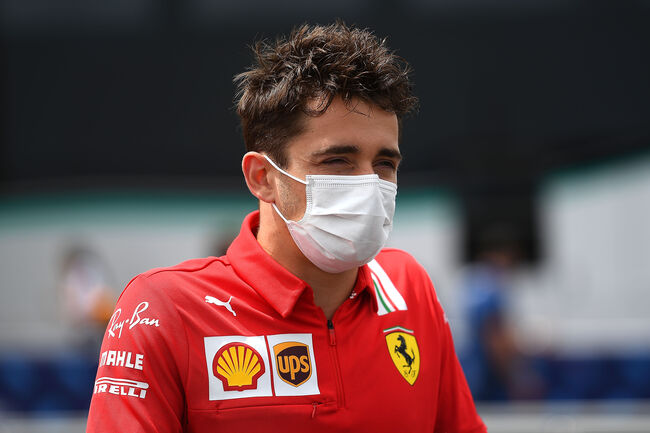 A very tough event for Kimi Raikkonen who suffered more misfortune. The Schumacher crash and consequent red flag ended his hopes of progressing into Q2.

Then in the race, Raikkonen had to go very long on the medium tyres as Alfa Romeo pitted him at an awkward time too as the former world champion was forced to slow down and go off line to make way for the leaders who were lapping him.

A disappointing race for Latifi who managed to get ahead of Russell on the opening lap of the race. From there, he was consistently off the pace as Russell completely outshone the Canadian.

It cost Schumacher a lot of time as he had dirt on his tyres and never got going in the first stint. Nevertheless, he was much better on the hard tyres and finished ahead of Mazepin.

Schumacher also made Q2 for the first time in his F1 career, albeit because he caused a red flag which stopped anyone else from improving their lap times.

Mazepin added some more spins to his collection in Paul Ricard but he was not quite as far off the pace as usual to Schumacher so he is improving in terms of speed.

He didn't do too much wrong either against Schumacher on lap three but it's a move that was perhaps unnecessary to make on your teammate.