Another intriguing round of the 2021 Formula 1 season saw Max Verstappen come out on top against Valtteri Bottas. Lando Norris shone once again in his McLaren by taking the third step of the podium. RacingNews365.com rates the whole field and how they performed at the Austrian GP. 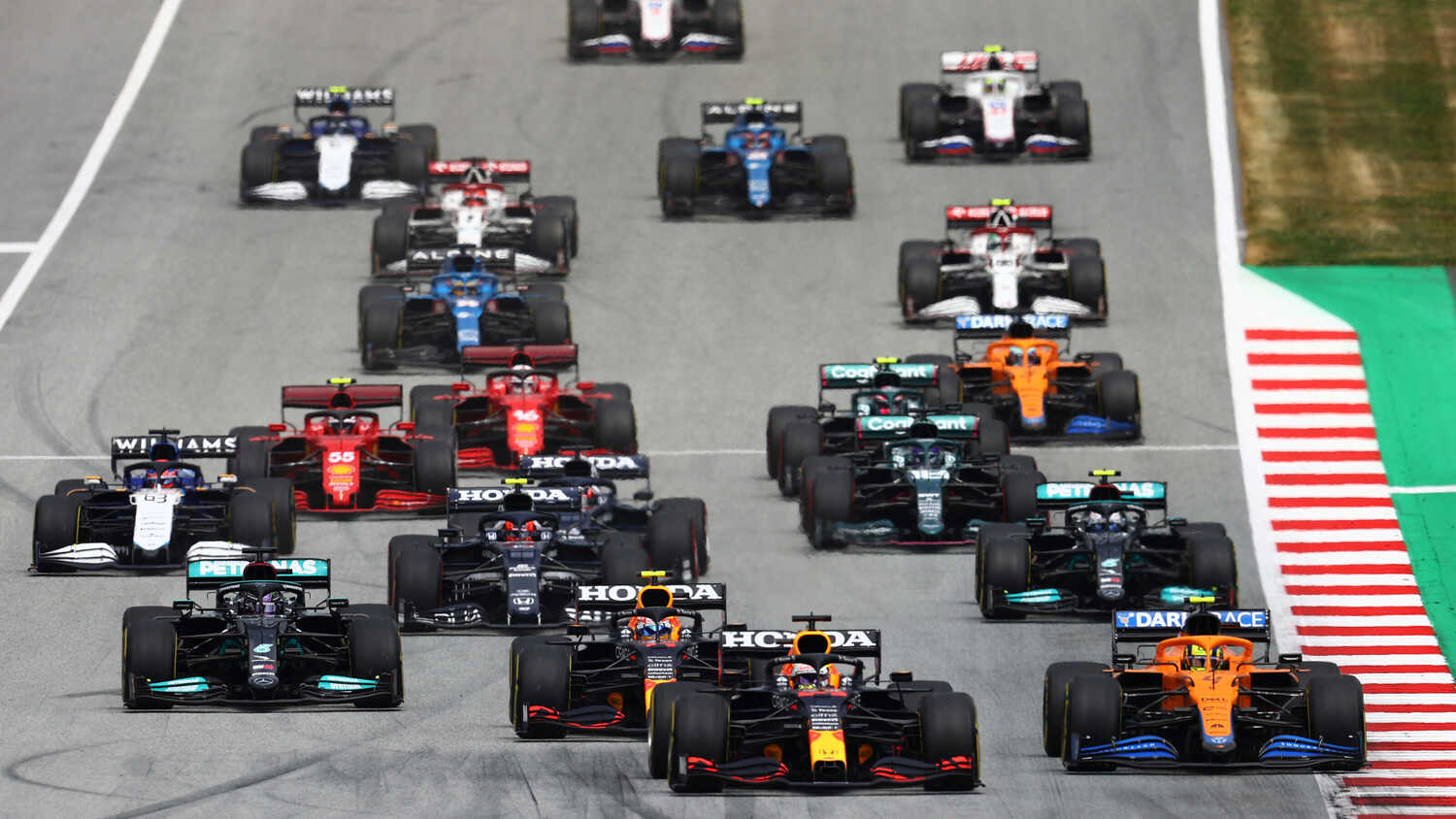 Max Verstappen was victorious after a dominant victory to beat Valtteri Bottas at the Austrian Grand Prix and extend his lead in the Drivers' Championship.

Lando Norris took a sensational third place, finishing ahead of a damaged Lewis Hamilton who now trails Verstappen by 32 points.

We have rated all 20 drivers based on their qualifying and race performances. Team errors such as a slow pit stop or a sub-optimal strategy do not affect our ratings as they are no fault of the drivers.

Our ratings solely look at how well the drivers got on at the Austrian GP weekend.

Simply another dominant performance from Max Verstappen. He topped every segment in qualifying including pole position, albeit it wasn't his best Q3 performance, before leading the race from start to finish and taking the extra point for the fastest lap of the Grand Prix.

Verstappen admitted it was the best car he's had all season and he obliterated the field for a second week running.

Valtteri Bottas had one of his best weekends of the year and was perfectly poised to take advantage of Hamilton's woes.

The Finn matched Hamilton in qualifying, losing out by 0.035 seconds and went wheel to wheel with the seven-time world champion in the early part of the race.

He didn't do too much wrong in the race either and managed his tyres fairly well. 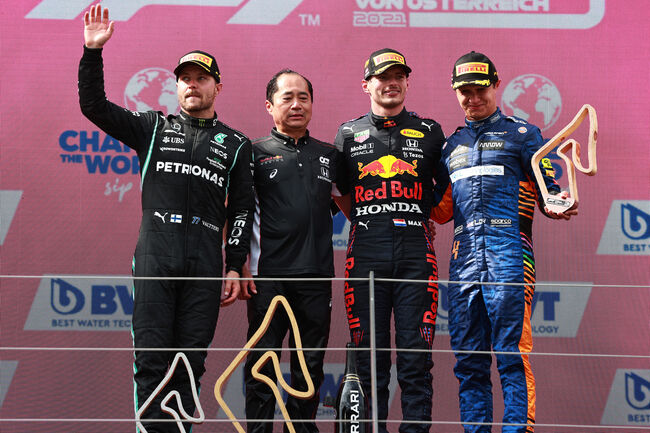 Another outstanding performance from Norris who picked up his third podium of 2021. He is diving beautifully and is getting everything out of the car.

Norris missed out on pole position by just 0.048 seconds and really went for it in the race, including a robust defensive move on Sergio Perez where he was penalised very harshly.

Throughout the race, Norris was genuinely on the pace of both Mercedes drivers too and he did not crack under the pressure when Hamilton was constantly within one second during the opening 20 laps.

Norris gets the highest rating from RacingNews365.com of the year so far.

It was the car which was the main problem for Hamilton which is why he gets the same rating as Bottas. Damage to his floor at Turn 10 hampered his race and he would almost certainly have finished in second place without it.

Austria certainly wasn't vintage Hamilton but his car likely made him look worse than he actually was. However, in terms of the championship, the triple-header has completely shifted the momentum. 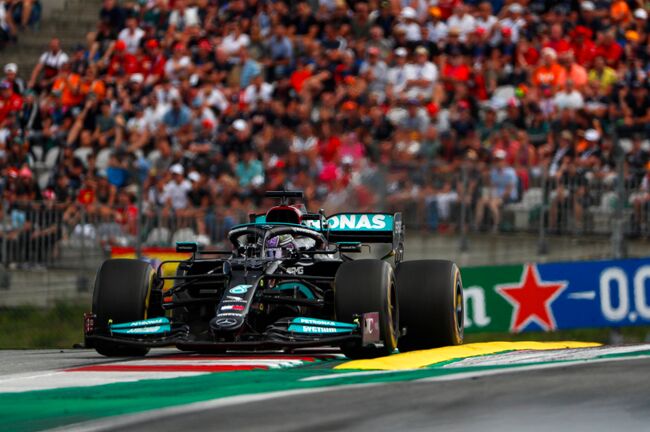 Carlos Sainz was very impressive as he had the better of teammate Charles Leclerc for much of the weekend.

His hard to medium strategy worked wonders and he drove very maturely to catch and overtake Daniel Ricciardo and also stayed within 10 seconds of Sergio Perez who had a penalty. A brilliant drive from the Ferrari driver.

A very clumsy race for Perez who was initially on the wrong side of a wheel to wheel battle, which killed his race. But, he did not bounce back from his incident with Norris too well.

In a car which was clearly the class of the field, Perez took a while to get ahead of some of the midfield runners and the stewards deemed that he twice forced Leclerc off the track. Red Bull should have had a 1-2 and a smarter drive from Perez would have got them exactly that. 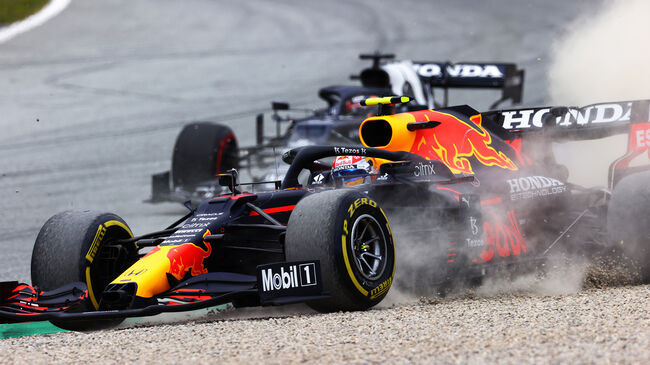 Qualifying was massively disappointing for Ricciardo. Whilst he failed to make it out of Q2, his McLaren teammate was on the front row.

In the race, he did well to finish seventh but he was still significantly slower than Norris even when in clean air. A better Sunday, but there's still a long way to go if he wants to get on terms with Norris.

Leclerc's race was wrecked by Perez, twice but he still seemed to not quite be at one with his Ferrari in Spielberg. However, he really went for it and will be frustrated that Perez pushed him off.

His tyre management was very good too, Leclerc just wasn't able to get the result from the race and was second-best to Sainz for most of the weekend. 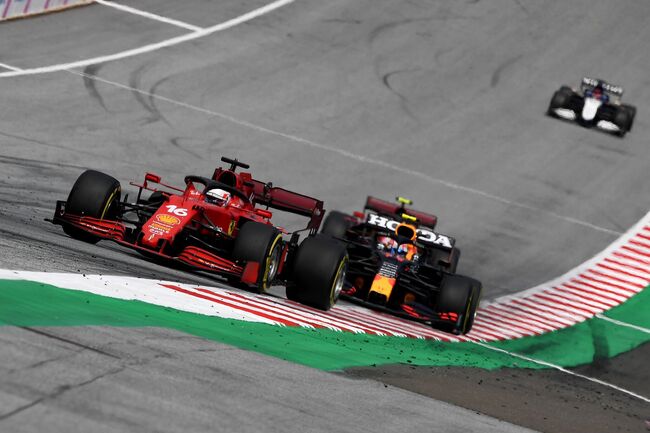 Gasly was the first of the midfield runners who used the two-stop strategy. This was mainly because he started on the soft tyres which degraded very quickly.

It was a mistake from AlphaTauri to do this as Gasly had the speed to use the mediums so strategically, the team got it wrong.

In terms of his driving, Gasly did not make any errors and did a great job with the strategy he had.

Fernando Alonso was furious with Sebastian Vettel in Q2 as the German ruined his chances of getting through to the next stage of qualifying by blocking him.

The Alpine clearly has a big straight line speed deficit so Alonso did well to haul his car into 10th. It was his fourth consecutive points finish and he's driving brilliantly considering the lack of pace in the Alpine. 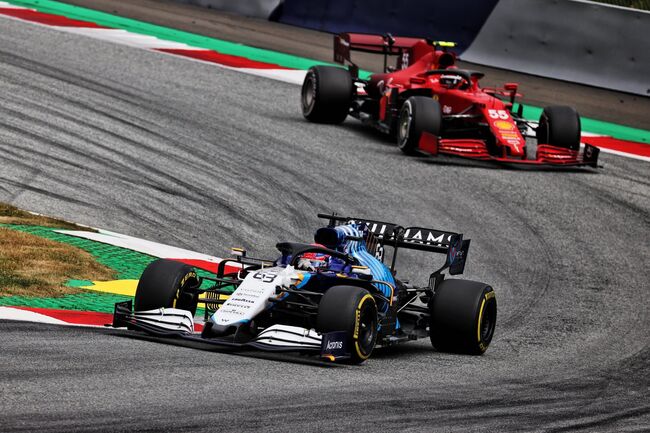 George Russell had another heroic effort to just miss out on points. He fought Alonso for as long as he could but did not quite have the pace to keep the two-time world champion at bay.

The Williams driver finally made his first Q3 appearance with the team though when he somehow got into the top 10 on the medium tyres. An incredible performance from Russell at both Austrian races.

Similarly to Gasly, Tsunoda was on the two-stop strategy and was having a very good weekend until he made his first pit stop.

He crossed the white line at the pit entry and was awarded a five-second time penalty for the error. It got worse as he did so once again when pitting for a second time.

Small errors, but mistakes that he shouldn't be making even as a rookie.

Aston Martin looked so good on Friday, especially Lance Stroll who was rapid. But, they couldn't translate it into race pace as Stroll had a very quiet drive to 13th.

A disappointing day for the Canadian. 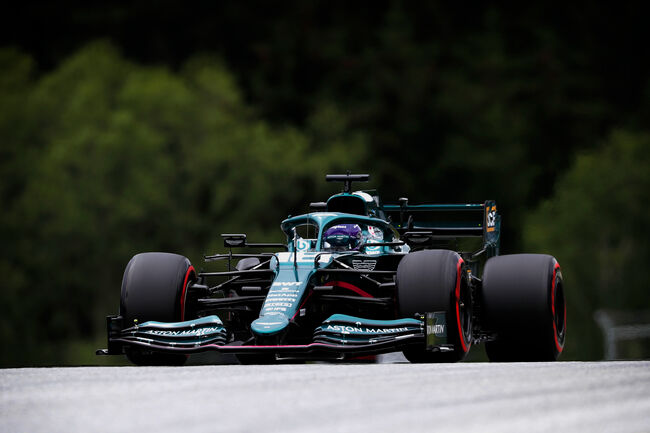 Antonio Giovinazzi has definitely improved his qualifying form which is great to see. He's still not quite able to match teammate Kimi Raikkonen in the races though which will be a big worry.

Raikkonen was making up for another poor strategy call from Alfa Romeo who pitted the 2007 F1 world champion and put him into traffic where he had to give way to the leaders due to the blue flags.

However, it all went wrong on the last lap when Raikkonen turned Sebastian Vettel around at high-speed on the curved straight after Turn 4. Completely his fault and very unusual to see from someone who usually races very cleanly. 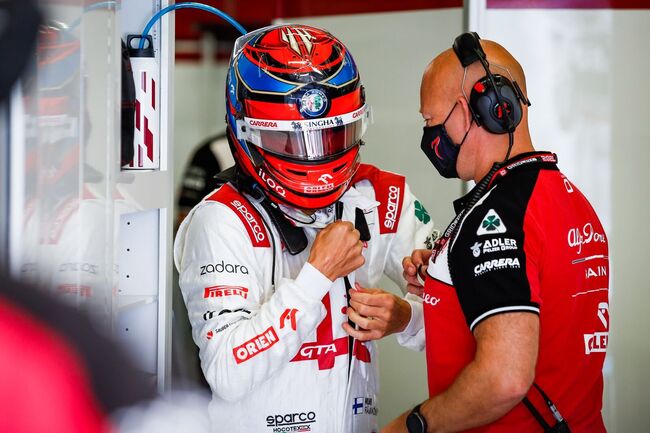 It's disappointing to see that the gap between Nicholas Latifi and Russell is starting to grow. Latifi is simply a few tenths slower on average and on a track which is very short, it's not good enough from the Williams driver.

Vettel had a weekend full of misfortune. He was handed a three-grid place penalty for blocking Alonso but was damned if he did and damned if he didn't because of the rule that meant you can't create a gap to the car in front in between the final two corners of the track.

In the race, he struggled to make the two-stop strategy work and was completely innocent during his clash with Raikkonen on the last lap.

Schumacher continues to do everything right in the Haas as he finished around 50 seconds clear of Nikita Mazepin.

In qualifying, he was half a second ahead of his fellow rookie teammate which is a massive margin at the Red Bull Ring.

Mazepin really needs to work on his tyre management as it's the biggest area where he is losing out to Schumacher.

It should improve with time but at the moment, there is a big difference in this department between the Haas drivers.

A weekend to forget for Esteban Ocon who's race ended after just three corners when he was sandwiched by Schumacher and Giovinazzi which instantly broke his right, front suspension.

However, his qualifying form is not in good shape as he was eliminated in Q1 in back-to-back weekends.