A meeting of the F1 Commission on Monday has a few topics to discuss, including the imminent confirmation of Sprint Qualifying and the cancellation of Canada. 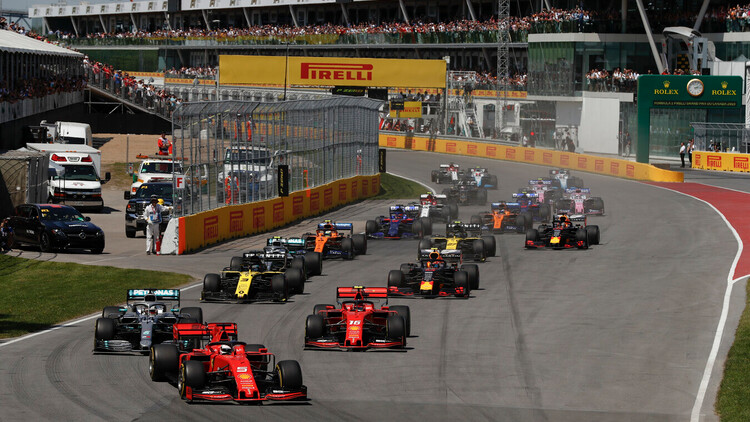 An F1 Commission meeting with the teams and the FIA is scheduled to go ahead on Monday, with a number of topics under discussion.

As rumoured for the past few weeks, the Canadian Grand Prix looks set to be cancelled. RacingNews365 understands that the Nurburgring, in Germany, was considered as a replacement venue for the slot, but that F1 will, instead, return to Turkey's Istanbul Park. This also makes logistical sense, as the teams return westward from Azerbaijan.

Sprint Qualifying also looks set to finally be formally approved to go before the World Motor Sport Council for ratification. Three Sprint Qualifying races are expected to be approved, for the British, Italian and Brazilian Grand Prix.

The finances regarding the introduction of the Saturday races also looks to have been thrashed out, with teams set to receive an extra $450,000 for the three races. RacingNews365 understands this will be $150,000 per race, at $75,000 per car. This would be on top of the previously reported damage allowance, permitting teams to spend beyond the budget cap for provably damaged cars.

Also under discussion is a bigger window for the use of DRS for these sessions, with activation kicking in at the two second mark instead of the current one. There could also be multiple DRS zones at the chosen venues, specifically for use in the Sprint Qualifying race.

The F1 Commission is also expected to introduce a specific amount of testing time for junior drivers, aimed at drivers of a certain level of experience. This is set to close off the loopholes used by the teams that resulted in 'Young Driver' tests being used as outings for the likes of Fernando Alonso, Robert Kubica and Sebastien Buemi at the tail end of 2020. The proposed tests would include testing time both pre-season and in-season.

Other topics up for discussion include a general COVID-19 status update, with an overview of the calendar taken into account in light of ongoing restrictions and regulatory changes in countries F1 will visit.

The F1 Commission is also addressing the budget cap and financial regulations with an eye to the tightening 2022 finances. The aim is to close down identified loopholes, as well as thrash out how to bring driver salaries under the budget gap umbrella.

Any agreements or decisions made by the F1 Commission will go before the World Motor Sport Council for formal approval.