ExxonMobil give Red Bull new weapon in push for 2021 success

The start of a new Formula 1 season bring with it a new car, a new engine and renewed hope. It also means new fuel for Red Bull thanks to partner ExxonMobil. 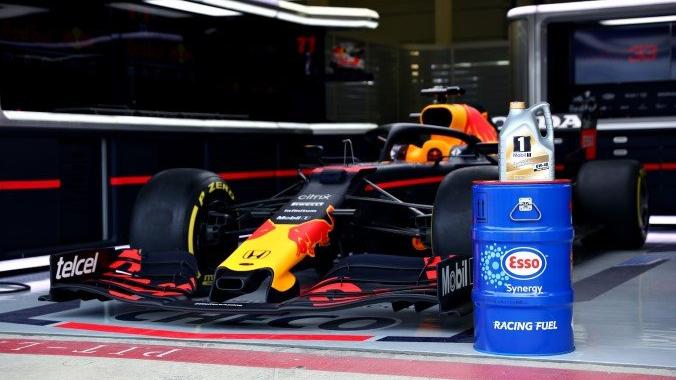 ExxonMobil, who have been Red Bull's loyal fuel partner 2017, have announced the team will have a new fuel at their disposal, one that was made to get the most out of their updated Honda power unit.

Just like engines, fuel can only be upgraded once per season. As a result the Milton Keynes out, along with the Japanese engine supplier, worked in collaboration with ExxonMobil on the new Synergy Race Fuel.

The result is a new fuel that will look to get the most out of the Honda RA621H engine that sits in the back of Max Verstappen and Sergio Perez's RB16B.

“Winning in Formula One comes as a result of an incredibly intricate process whereby competitive advantage is assembled from a huge variety of elements, all the way from aerodynamics through to horsepower and creating the optimum fuel for the power unit," team principal Christian Horner stated in a press release.

"Over the past year ExxonMobil’s specialists have worked closely with our engineers and those at Honda to give us a fuel that works in harmony with our new power unit and the RB16B.

"Each element is a hugely valuable weapon in the Team’s arsenal as we go into the fight for this year's Formula One World Championship.”