Exclusive with Sergio Perez: We can't be 100 percent sure another tyre won't blow

Speaking exclusively to RacingNews365, Sergio Perez has revealed his discomfort over the explanation from Pirelli for the tyre failures in Azerbaijan. 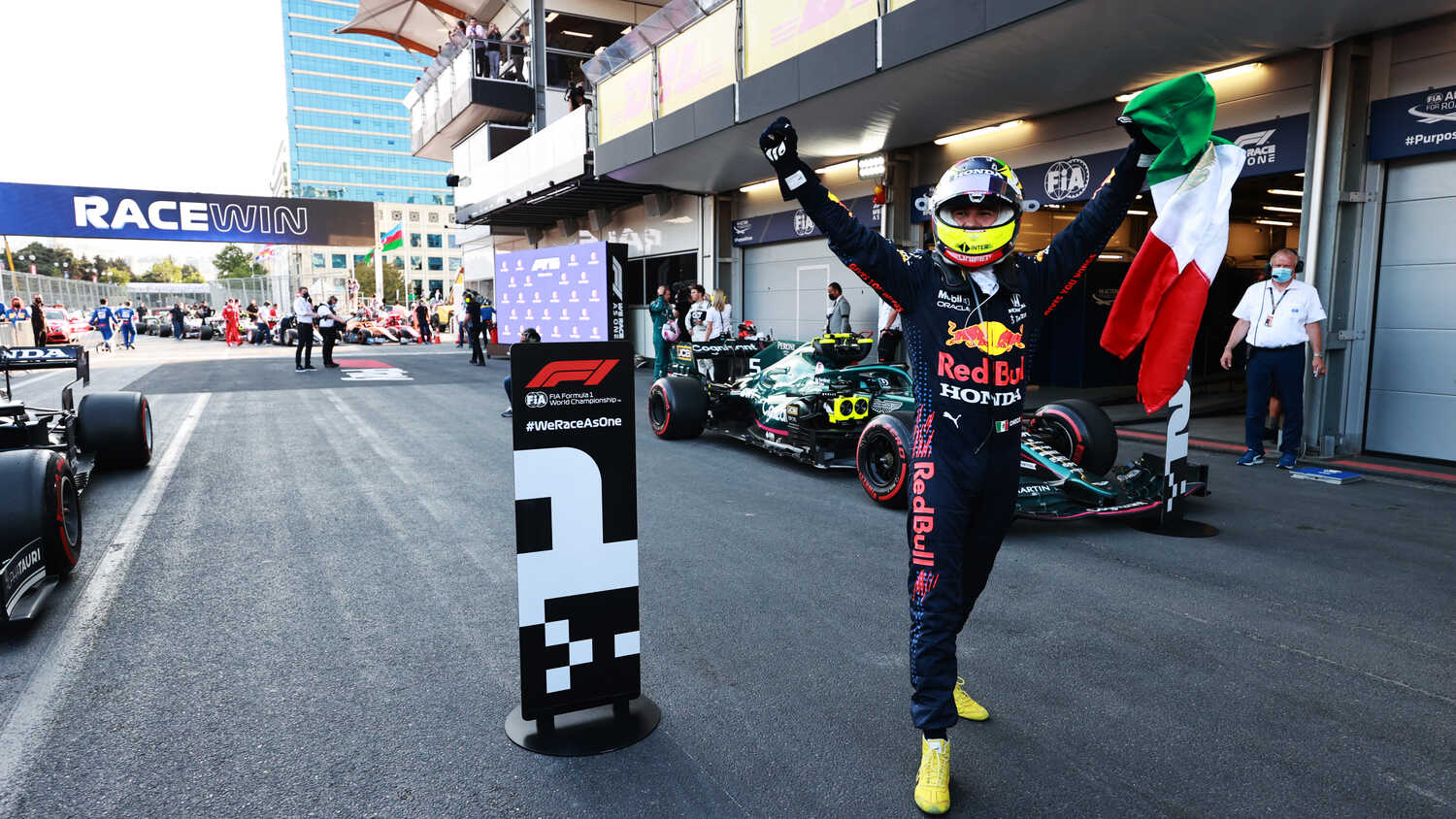 Sergio Perez has revealed that he doesn't feel fully comfortable with the explanation Pirelli have given for their two tyre failures in Baku at the Azerbaijan Grand Prix.

Red Bull teammate Max Verstappen was a high profile retirement in Baku, with his left rear tyre failing five laps from the chequered flag. Aston Martin's Lance Stroll had a similar failure midway through the race, with his left rear tyre also failing, and Perez said the explanation from Pirelli simply didn't do enough to reassure drivers it wouldn't happen again.

"Well, obviously, I don't think we can be fully comfortable not knowing that 100% your tyre is not going to blow out, you know," Perez told RacingNews365.

"So, at the same time, hopefully they're able to sort it out and then... it isn't nice. You don't see these kind of things happening in a race."

But the Mexican explained that, despite the issue happening to the sister Red Bull, he was never concerned about the problem happening on his car.

"No, actually, it was very, very close to the end of the race," he said.

"At the time, I thought it was debris from Lance's [Stroll] incident. So I wasn't very concerned. There were so many things going on."

Perez ending up securing victory for Red Bull after Verstappen's retirement, helped by Mercedes' Lewis Hamilton sailing straight on at Turn 1 at the final restart. Perez explained that he had been lucky to spot Hamilton's error quickly, as he would have been collected by the Mercedes had he not noticed in time.

"No, I figured in all fairness it worked out well, because that was lucky in a way that I was able to see his front because it was a front left tyre," Perez said of Hamilton's lock-up.

"So it's hard to see from my angle. So I was very lucky to see that and not turn in because, if not, we both would have gone straight."