Jake Dennis will start from pole in the second of the weekend's Formula E races in Valencia, following a qualifying that saw drivers from the back of the grid benefit from changing weather conditions. 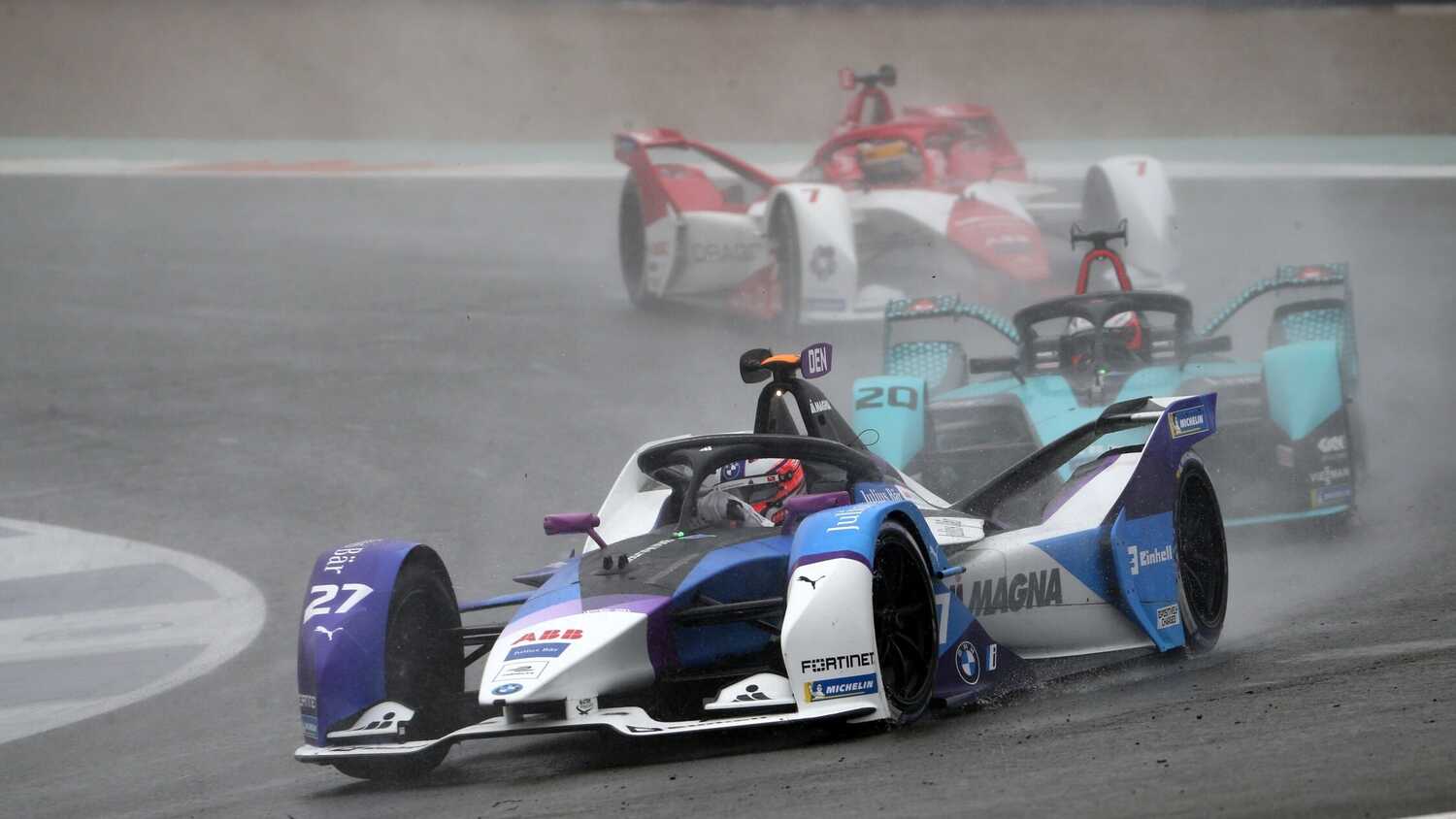 Jake Dennis has taken his first pole for the second Valencia E-Prix in an unusual qualifying session that saw some surprise results due to changing track conditions.

With the damp track drying out as the session went on and as a result becoming faster, the six drivers in the final group from qualifying - consisting of the bottom six drivers in the championship standings - were able to benefit and all progressed to the Super-Pole shootout.

Dennis was the final runner to take to the track and put in an impressive lap in the BMW i Andretti to secure pole with a time of 1:28.548.

Andre Lotterer in the Porsche will line up on the front row in second place. The German didn't achieve a perfect lap, but was still able to gain enough of an advantage to keep Alex Lynn in the Mahindra Racing at bay.

Nio's Tom Blomqvist achieved his best ever qualifying result, finishing in fourth. Blomqvist's teammate Oliver Turvey will line up behind in fifth, whilst Norman Nato in the Rokit Venturi finished in sixth.

It was a good day for Dennis as the Briton also received a point for topping the groups qualifying. Not all drivers benefited from changing conditions during the groups stages, with group three runners Nick Cassidy and Lucas di Grassi finishing outside of the top 10.

There was a surprise outcome from the first group of qualifying when Mercedes EQ drivers Stoffel Vandoorne and Nyck de Vries were hampered by the damp weather conditions and could not complete a lap fast enough to ultimately put them in the final top 10. They will start from 19th and 20th respectively. Sam Bird also had a disappointing result, finishing in 21st.

Many drivers on the grid will be hoping for a smoother race during the second E-Prix of the weekend, with Saturday's event ending in bizarre fashion after over half of the field ran out of energy on the final lap. De Vries managed to emerge from the chaos as victor.