Could Mexico be set for a second Grand Prix?

According to reports in Mexican media, Sergio Perez's father is working hard to make a second Grand Prix in Mexico happen from 2024. 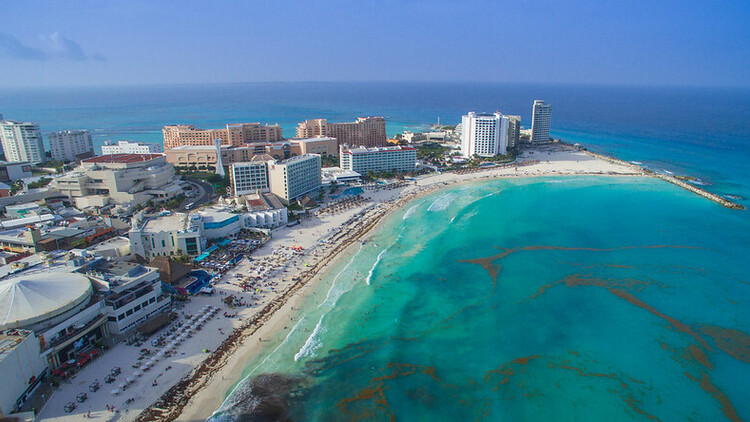 Article
To news overview © "Cancun beach aerial - Luftbild" by dronepicr is licensed under CC BY 2.0

Cancun is being tipped as a possible F1 destination for 2024, according to reports in Mexican media. The intention would be for the race to be in addition to the current race at the Autodromo Hermanos Rodriguez in Mexico City.

According to Mexican publication Reforma, Antonio Perez Garibay, a politician and father of Sergio Perez, met with FIA President Jean Todt and F1 CEO Stefano Domenicali in Budapest, to discuss the matter of the 'Cancun 2024' project with investors.

"It is a new project, we do not have to do anything (with previous projects), it is a new group of investors and I have been involved with the project, let it be all for Mexico, and hope that the date is for April (2024)."

Perez Garibay and his group of investors have already met with local giovernment officials, reportedly with favourable responses. According to him, the construction of the racetrack in Cancun would take around two and a half years and that more details are expected to be released in October when Formula 1 returns to Mexico.

"It would start from scratch and we are going to start with the letters of commitment," Perez Garibay said.

"But it was received very well, they did me the favor of receiving me - Jean Todt and Stefano Domenicali. We are going to give it shape and I came to (Budapest) to see this project and now I'll return (to Mexico).

"They told us: 'I hope that by 2024 we already have Checo [Sergio Perez] as Formula 1 champion' and this is going to give more, this opens up a great panorama," he said.