The former deputy team principal for Williams discussed the multitude of factors that contributed to the team's loss of performance and cited the extravagant spending power required to be successful in Formula 1. 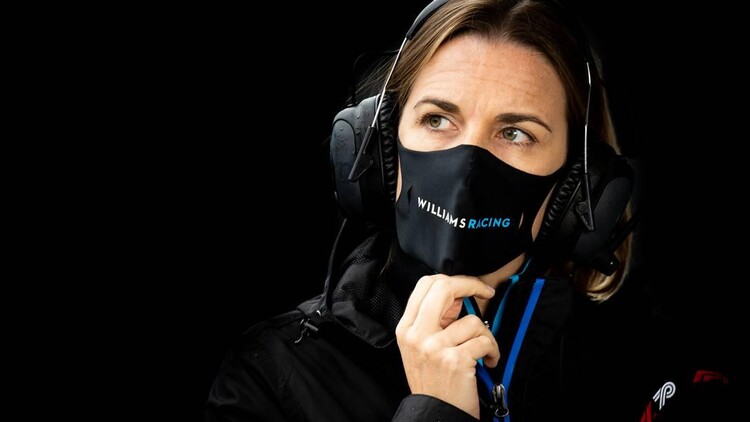 Claire Williams led her family’s team for the last time at the 2020 Italian Grand Prix. After finishing third in the constructors’ championship as recently as 2015, the Williams Formula 1 outfit quickly slipped into obscurity, culminating in three successive 10th-place finishes and a change of ownership.

Williams explains that this rapid decline coincided with Formula 1 becoming "crazily expensive" and for a family-owned team with a limited budget, that made life increasingly difficult. As did the practise of new entrants into the sport buying parts from elsewhere rather than manufacturing them themselves, all of which worked against the British constructor.

"In a very short window, something triggered," Williams said in an interview for The Spectator. "People near the top end of the grid were spending half a billion versus our budget of 120 million. That’s just not a level playing field from the outset and therefore makes it very hard to try and compete.

"When you’re in that situation it’s difficult to claw your way back and we also had some other difficulties internally with personnel. We were fighting all these technical and complex regulations and not getting to grips with it.

"The listed parts, which are the parts you have to make yourself and what defines you as an independent team, have become much more diluted to other teams that have only been in the sport a short time. So they were able to buy those parts from a team much higher up the grid, thereby making them a whole lot more successful more quickly.

Despite this, Williams thought the team had made some progress ahead of the 2020 season. But the events of that infamous year would prove to be the final nail in the coffin, with the family seeing no other course of action than to sell their beloved team.

She said: “At the start of last year, we thought we’d kind of turned a corner and then 2020 happened. We had the issues that we had with our title sponsorship which stripped a load of money out of our budget, and then the pandemic hit, and it was just like, ‘oh my god’.

"We’ve just got through these two very difficult years, we feel like we’re making progress - we were a second and a half quicker at a load of circuits - off the back of a huge amount of hard work, but then those last two nails in the coffin really just killed us.

"We ran out of road basically at the end of 2020 as a family and it was like, ‘we’ve got to let this go now and hand it over to people that are able to invest in it’. They’ve already got the money and don’t have to go out and seek sponsorship. They can buy some time to plough their way up the ladder in Formula 1," Williams concluded.

In a short space of time, the new owners have instilled a renewed sense of optimism. Gone are the debts and it was announced recently that the team's agreement with Mercedes has been extended to include the supply of suspension and hydraulic systems from 2022, meaning they will be at less of a disadvantage to those who already exploit this rule.

While there is no quick fix in F1, it appears that the worst is behind Williams and we can look forward to watching their progress for years to come.