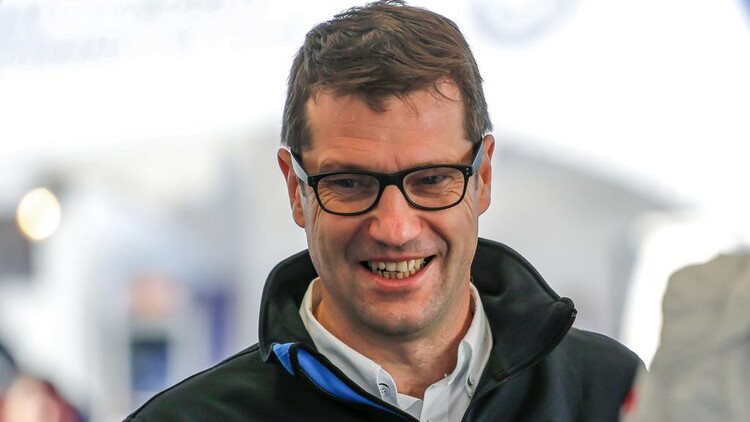 Williams' new CEO Jost Capito has explained the thinking behind the signing of Wolkswagen Motorsport's FX Demaison as their new Technical Director.

Francois-Xavier Demaison, known as 'FX', will start work with Williams in April, taking over the running of the technical and aerodynamic departments.

Demaison's background is primarily in World Rallying, but the Frenchman is most famous for developing the ground-breaking electric ID.R for Volkswagen.

"With FX, especially when you look at the broader experience he has done with the ID.R, Volkswagen had six months from the project start to Pikes Peak," said Capito.

The ID.R went on to be the fastest ever car up the hill, with Romain Dumas setting a new world record with the ID.R.

"So the car had to be fully simulated before they even started building it, I think," said Capito. "They had to create that capability and they had to learn how to do that."

With the new technical regulations for 2022 reducing Formula 1's dependancy on aerodynamics with an increase in ground effect generated grip, Capito said this experience makes Demaison a formidable weapon.

"So that's adding somebody who adds something to the team that is not there yet, because it was not needed for the last two decades already.

"I thought we need somebody who comes in, is a brilliant engineer, has
different experiences, learns and works with the people we have and further develops the direction we have because, I think, we are on the right track. And without disturbing the whole engineering process and
team."

FX Demaison begins work with Williams in early April, depending on paperwork, and will immedately report to Jost Capito as CEO.

Simon Roberts as Team Principal, and James Colgate as Operations Manager, are also top of the William's management tree, with all three reporting to Capito.

"I prefer, for the time being, to have somebody in charge 100% of the track operations," explained Capito.

"100% on developing the car, and 100% on delivering the car in parts and those three reporting into me to keep the organisation as flat as possible and to keep also a healthy competition within these three areas without having one boss who is in charge like on track or the Technical Director or Operations.

"Because, for me, these are the three main parts that have to have healthy competition and discussion among each other."

Could there be more tech department changes?

Once Demaison takes over as head of the technical department, Capito has given his new signing free reign to make changes as he sees fit.

This doesn't necessarily mean there will be changes, but that 'major decisions' can be made by Demaison with immediate effect.

"We are still working on and I want him to take that decision himself, because I want to improve the accountability of the team," Capito explained.

"And if you want to improve the accountability, you have to give the power to the people to take their own decisions. So there is nothing changing right now.

"So when he comes in, I expect the same from him that what I expected from me to take the major decisions very quickly and put his team in place.

"But I think we have a very good engineering team. I don't see there is a lot of changes needed. But I'll leave that up to him."