Button on Mercedes issues: It's the first time they've struggled since 2014 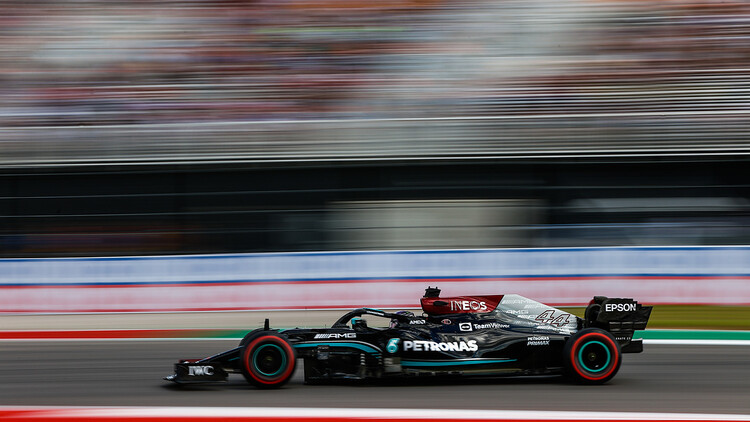 Jenson Button has given his take on Mercedes' engine issues after yet another change for Valtteri Bottas at this weekend's United States Grand Prix.

Mercedes have fitted a sixth Internal Combustion Engine to Bottas' car at the Circuit of the Americas, meaning he will be hit with a five-place grid penalty for Sunday's race.

It comes after power unit component changes for Mercedes-supplied Aston Martin (with Sebastian Vettel) and Williams (with George Russell), who will drop to the back of the field.

"Valtteri is on his sixth combustion engine right now. You're supposed to only use three in a season and we still have quite a few races to go, so [it's] not a good situation for them."

Button pointed out that Mercedes have otherwise enjoyed a relatively trouble-free time in the sport's turbo-hybrid era, which began back in 2014.

"They obviously have the outright pace, but reliability… [it's] the first time they've really had to struggle with reliability issues and try and solve them, since the hybrid era started," he went on to comment.

But the 2009 World Champion nonetheless expects Mercedes to eventually get on top of their issues.

He added: "[It's] not an easy position, but they have the best people to put this right, [so] it's just a matter of time."