Brundle: I've never experienced such intensity in F1 before

F1 pundit Martin Brundle says the intensity in the title fight between Max Verstappen and Lewis Hamilton is something he's never experienced before. 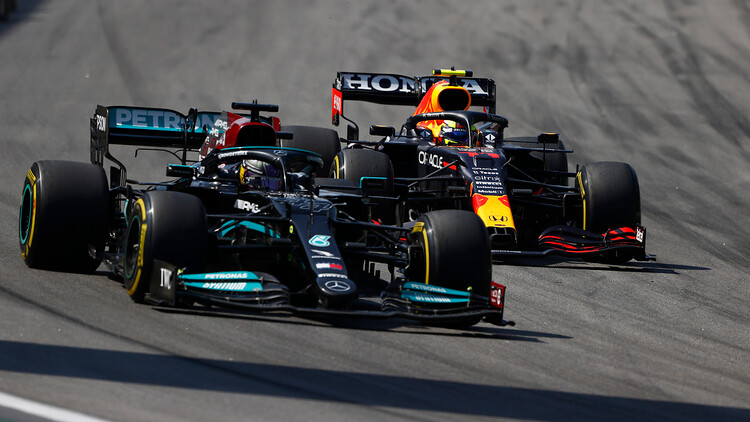 Formula 1 pundit Martin Brundle says he has never experienced "such intensity" as this year's title fight between Mercedes and Red Bull.

The sport's top two teams in 2021 have been battling it out for the title since the season-opening Bahrain GP and both the Drivers' and Constructors' Championships are likely to go down to the final race in Abu Dhabi.

"This Formula 1 World Championship is becoming very intense, emotional, and at times personal, and the Qatar Grand Prix heightened that," Brundle wrote in his column for Sky Sports.

"I've not experienced such intensity before. This is a season which is unfolding on a swathe of contrary opinions, camera angles, images, data, information, misinformation, social media posts, and not a little bitterness and mistrust.

"It felt more like a movie than a motor race on Sunday."

"Hamilton and Mercedes have raised their game"

Verstappen won impressively in the USA and Mexico, which were his last victories, but Hamilton hit back to win the next two races.

The seven-time World Champion led every lap on his way to victory at the Losail International Circuit in Qatar, and Brundle is in no doubt that he and Mercedes have raised their game.

"Under the floodlights of Qatar, Lewis Hamilton and Max Verstappen appeared to be in a different category of racing, such was their relentless pace out front in pursuit of critical World Championship points," added Brundle.

"Those two drivers remarkably appear to be the calmest members of their team from time to time.

"There can be no doubt that Hamilton and Mercedes have raised their game at a pivotal point of the championship.

"Lewis has found renewed trust in the factory simulator and works late into the night at the track as he impressively finds new motivation for an eighth title, despite his relative age, trophy warehouse, and significant bank balance."