The introduction of a new qualifying format for Silverstone has the potential to shake things up at the top, as Mercedes aim to finally get one over on Red Bull.. 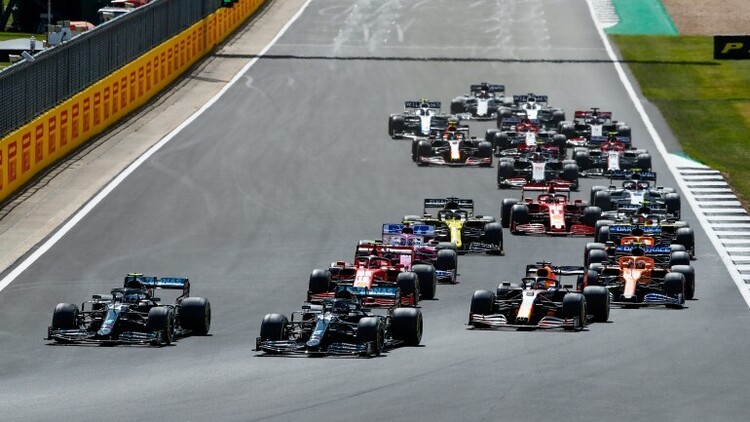 Coming off the back of five successive defeats to Red Bull, it's imperative for Mercedes to halt the Bull's momentum this weekend at Silverstone. A new qualifying format is being rolled out for the first time this weekend, with the introduction of 'Sprint Qualifying' which adds an extra layer of mystery to the Grand Prix.

Mercedes could benefit from qualifying changes

The introduction of the 'Sprint Qualifying' format could, arguably, work in Mercedes' favour. The 30 minute short race on Saturday afternoon will be used to determine the starting grid order for Sunday's race, rather than the single lap time shoot out from Friday afternoon.

Up until Red Bull's dominant displays at their home races in Austria, the general consensus has been that the RB16B is quicker over a single qualifying lap and Mercedes' W12 on par, or even slightly quicker, over a race distance.

This could mean that Mercedes may have a better chance, if they want to attack hard, to go for track position during Sprint Qualifying. If they are able to seize the high ground for the Grand Prix, it makes Red Bull's job far more difficult.

Silverstone has been a traditionally happy hunting ground for Mercedes, with last year's British Grand Prix the scene of Hamilton's three wheeled victory after a late tyre failure. Pirelli are bringing along the same harder compound choices for this race, meaning that the tyre degradation issues that plagued Mercedes at the second, 70th Anniversary, Silverstone race last year are unlikely to happen again.

Mercedes are also bringing along their first updates since Imola for this weekend, with Toto Wolff emphasising how important it is that these updates work in order to give Lewis Hamilton and Valtteri Bottas a better chance of fighting against the Red Bulls.

Rain isn't forecast to play a part over the British weekend, meaning a straightforward pace battle between Hamilton and Verstappen is the most likely scenario. While the RB16B was clearly the faster package in Austria, the high-speed sweeps of Maggotts, Becketts, Copse and Stowe have rewarded Mercedes through most of the hybrid era. If Mercedes can't win this one, then Red Bull will surely emerge as title favourites.

Can Norris help Hamilton add to the home crowd's delight?

Assuming that Lewis Hamilton will in the running for one of the top two places, the crowd have another home-grown hero to cheer on as McLaren's Lando Norris continues his seriously impressive season.

With England dealing with the disappointment of losing the Euro 2020 final at Wembley last weekend, the British crowd have the opportunity to see not one, but two of their drivers fight at the sharp end of the grid.

Norris was unlucky not to finish in second place last time out in Austria, and the pace of the McLaren suggests that he is capable of picking up podiums if and when drivers from the two fastest teams drop the ball. It's not beyond possibility that Norris, who has gotten over the shock of being mugged at the Euro 2020 final, could claim another podium and, even better from the home crowd's perspective, do it while driving for a resurgent McLaren. 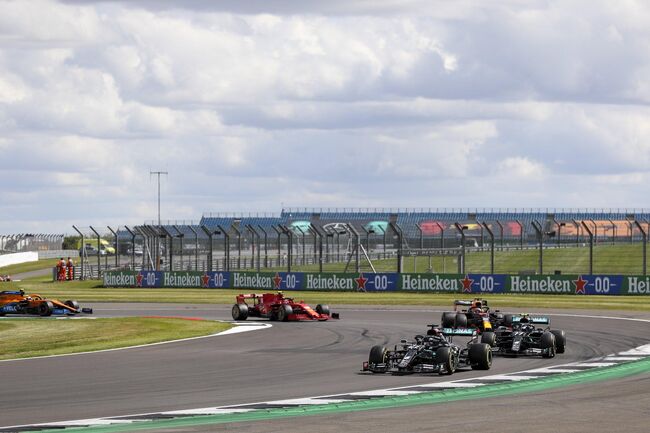 Will Russell have anything to celebrate?

There's plenty of rumour about a possible announcement being made this weekend, relating to George Russell and his supposed promotion to Mercedes. According to reports elsewhere, Russell is set to be announced as a replacement for Valtteri Bottas to form an all-English driver line-up at Mercedes.

However, according to the man himself, no such announcement is coming. But, as ever in Formula 1, that doesn't mean that that's the case.

Always ones to stir the pot, Red Bull have said they'd be interested in having a chat with Russell about 2022 if Mercedes don't snap him up. While it's not particularly likely, given Sergio Perez's form, the interest from a rival team may encourage Mercedes to make a decision sooner than later. If a Russell announcement is coming, doing it at his and the Brackley team's home race does make sense.

Should Silverstone be packing the grandstands?

The British Grand Prix is now fully sold out, with packed grandstands expected on each day of the weekend.

However, COVID-19 cases in the UK continue to rise, with over 30 thousand cases reported daily in the past week. 50 deaths were reported from the virus yesterday, the UK's highest daily figure since 9 April, while hospital admissions have risen by 53.7% over the past seven days compared to the previous seven day period.

British governmental advisory committe SAGE have warned of the dangers of another resurgence, fearing the lifting of all restrictions on 19 July could lead to a wave similar to January 2021.

Styria, the region which hosted the packed out Austrian Grand Prix last time out, has reported over 2000 deaths in the past seven days, with the region only surpassed by Austrian capital Vienna in terms of fatalities.

While the desire to return to normality is evident, and crowds are a very welcome sight, the UK doesn't appear to have the virus under sufficient control to be putting Formula 1 and its fans at such risk.