The event has been included as part of the UK Government's Event Research Programme, which also includes Euro 2020 matches and the Wimbledon tennis tournament. 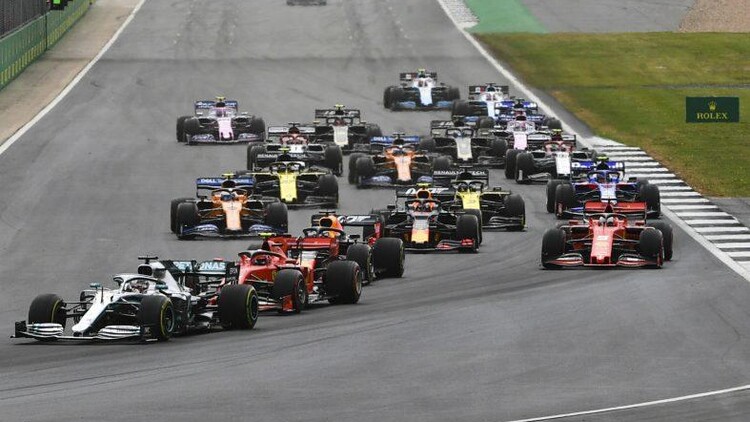 F1 and Silverstone have announced that there will be a full capacity crowd in attendance for this year's British GP.

The event was included in the UK Government's Event Research Programme, which will also see large crowds gather at upcoming Euro 2020 matches as well as the Wimbledon tennis tournament in London.

"We are delighted to confirm that the Formula 1 Pirelli British Grand Prix 2021 has been included in the latest phase of the UK Government’s Event Research Programme (ERP) allowing a full capacity crowd for the event between 16th – 18th July," read a statement from Silverstone organisers.

"Ticket holders will be asked for either proof of a negative lateral flow test taken within 48 hours of arrival at Silverstone or proof of full vaccination, the second dose having been received at least 14 days prior to the first day of attending the British Grand Prix.

"The Silverstone team will be working closely with the ERP experts and particularly the Director of Public Health in Northamptonshire on the specific conditions of entry that will enable the event to operate safely and will be announcing these details to ticket holders in the next ten days."

F1 President Stefano Domenicali praised the news, which will see fans in attendance for the first Sprint Qualifying event on the Saturday.

“It is fantastic news that Silverstone will be a full capacity event and it will be an incredible weekend with hundreds of thousands of fans being there to see our first event Sprint event on the Saturday and the main event on Sunday," Domenicali added.

"I want to express my huge appreciation to The Prime Minister, Boris Johnson, Secretaries of State, Oliver Dowden and Michael Gove and Silverstone’ Managing Director, Stuart Pringle for their tireless work to achieve this great outcome. All of the drivers and the teams are hugely looking forward to Silverstone an we can’t wait to be there in July.”