After three consecutive races losing points to Red Bull and Max Verstappen, can Mercedes strike back in Brazil? 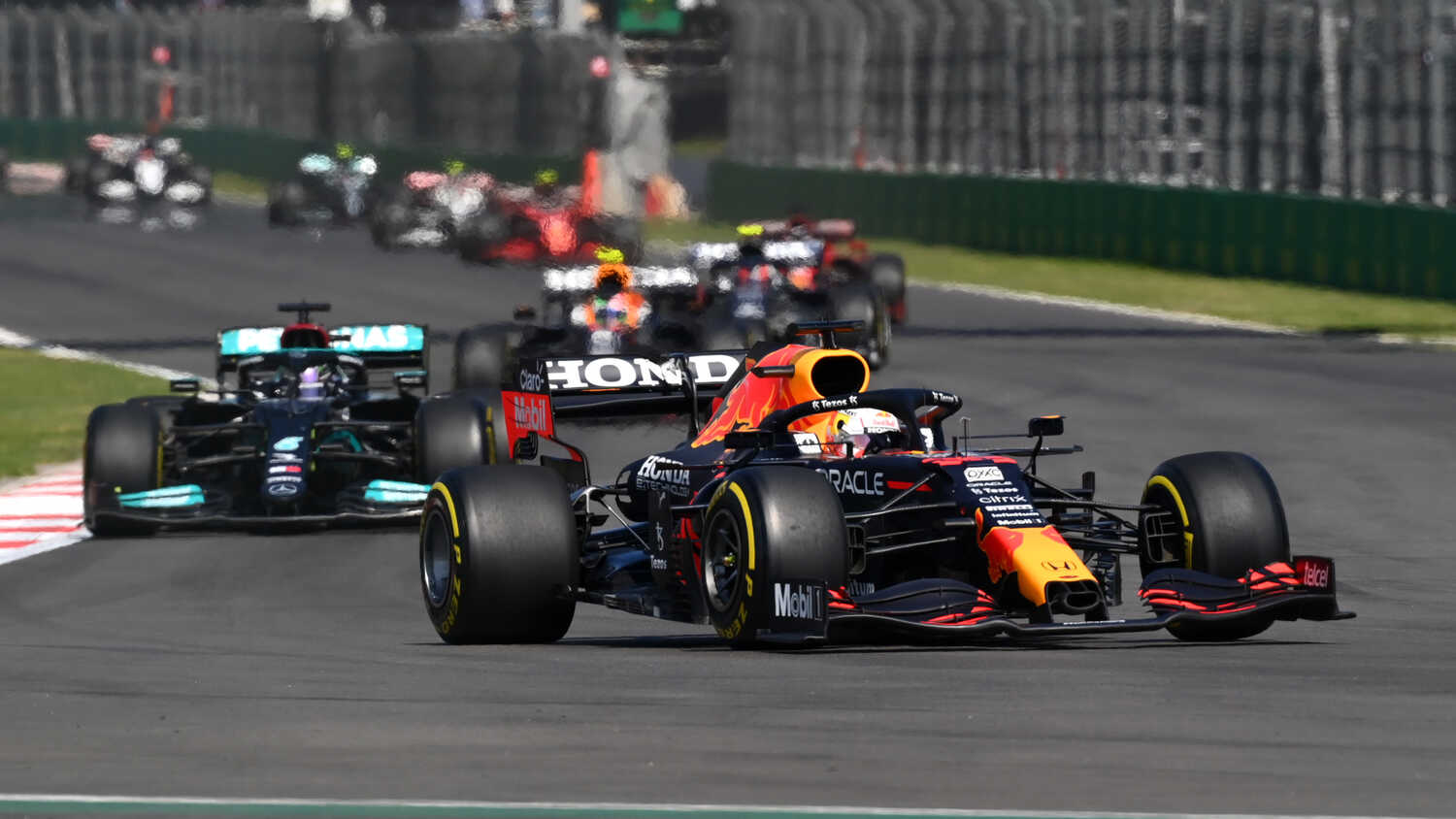 There's scarcely been time to breathe since the chequered flag fell in Mexico, as Formula 1 moves straight onto the next race. It's another calendar returnee, with this weekend's Grand Prix being held in Brazil.

Now known as the 'Sao Paulo Grand Prix', it's the ever-popular Interlagos that plays host to Round 19 of this year's Championship. Having been unable to host a race last year due to the COVID-19 pandemic, it's an eagerly awaited return for the circuit, which usually produces drama in some form.

Interlagos is a particularly old-school venue. It's bumpy, it's a bit grimy, and there's precious little run-off as grass lines the majority of the circuit. But thanks to the long drag up the hill and across the start/finish from the Juncao corner at the end of the lap, there's ample opportunity for overtaking into the tight downhill Turn 1 left-hander.

While Sao Paulo is nowhere near the elevation of Mexico City, the Brazilian circuit is the second-highest altitude the drivers will race at in 2021. Mexico's race takes place at 2,200 metres, with Brazil at some 700 metres – still offering something in the way of a technical challenge for the teams to make up for the thinner air. 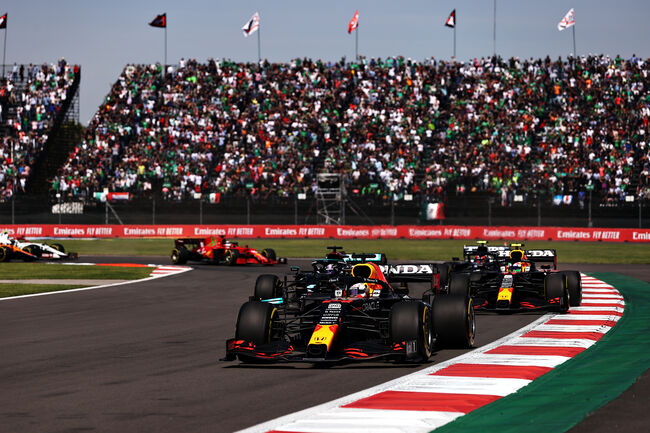 Can Mercedes claw back the deficit?

With four races to go this season, Mercedes badly need to arrest the momentum that Red Bull have built up in recent races. Mexico was the third successive race in which Max Verstappen outscored Lewis Hamilton, extending his championship lead to 19 points. In the Constructors' table, the resurgence of Sergio Perez on his third consecutive podium has meant that there's just a solitary point in Mercedes' favour.

It's finely poised, and Brazil could yet spell more pain for Mercedes. The aforementioned altitude issue seemed to favour Red Bull's mechanical grip and inherent downforce plainly in Mexico and, while those effects might not be as pronounced in Brazil, it's still a marginal deficit for Mercedes to make up.

However, Interlagos is a circuit that, arguably, would play to Red Bull's strengths even at sea level. The second sector, in particular, is made of a sinewy stretch of tarmac that slows the pace considerably from the high-speed nature of Sectors 1 and 3.

Verstappen won the 2019 event, ahead of fellow Honda-powered stablemate Pierre Gasly for Toro Rosso. Verstappen had duelled with Hamilton for the win throughout, but Hamilton would go on to clash with Alex Albon late in the race after a Safety Car intervention. That cost the Red Bull driver a chance of a strong podium finish, and resulted in a penalty for the Mercedes driver.

In 2018, Verstappen looked set for a comfortable win until he was involved in a bizarre incident with the lapped Esteban Ocon. The French driver was attempting to unlap himself when he and Verstappen collided at Turn 2, spinning the Red Bull. Verstappen was left staring at the back of Hamilton's Mercedes at the chequered flag as a result.

Ferrari's Sebastian Vettel controlled the 2017 event, while Lewis Hamilton won the 2016 race ahead of Nico Rosberg. That 2016 race was one of Verstappen's early eye-catching performances in his Red Bull career, fighting his way through the pack and overtaking Rosberg around the outside of Turn 3 in the treacherously wet conditions. But it was his "heartbeat went a bit higher there" moment that really impressed, as he wrestled back control of his car after going fully sideways approaching the main straight.

In fact, Brazil has rarely been one of Hamilton's strongest venues. It was the scene of his title heartbreak in 2007, and the rollercoaster of near-simultaneous disaster and elation as he clinched his first championship there in 2008. But aside from his control of the 2016 race, Hamilton has usually been bested by somebody at Interlagos.

Team boss Toto Wolff has vowed to "throw everything we've got" at Red Bull this weekend but, unless the Bulls manage to screw up qualifying again, it's hard to see anyone but Verstappen coming out on top.

It's crucial for Red Bull to capitalise on their favourites tag once again this weekend, to give themselves as much margin as possible, as Mercedes will likely have the upper hand at the final three races of the year once F1 heads to Qatar, Saudi Arabia and Abu Dhabi.

Another key factor in this weekend's race is the return of the 'Sprint Qualifying' format. In the two previous race weekends to use this format, Silverstone and Monza, Hamilton and Verstappen have collided in the Grand Prix itself. Might such fireworks happen again?

Added to this is the fact that the teams have just one single practice session to fettle their car's setup ahead of the introduction of parc ferme conditions on Friday evening. Given that Red Bull have struggled more to get their car into their narrower operating window, this could be a bigger issue for them than it is for Mercedes.

It also opens up the door of possibility that, if Verstappen does have a dominant weekend, he has the opportunity to open up the gap to beyond 26 points and give himself the buffer of a full DNF at one of the final three races without costing him the lead of the championship.

Could there be any more engine concerns?

There are still question marks over Mercedes' power units, with there being no definite answer as to whether Hamilton might yet need another engine before the end of the season.

With time fast running out in the championship, Brazil is the likely last venue at which Mercedes may opt to make a change if they aren't confident that they can make it to the end without another unit.

Following the spate of problems they had with Bottas' units in recent races, it appears the team are less concerned about the engines than they were and that confidence is rising that they are able to make it to the end of the season without a grid penalty for another engine.

If Mercedes go through the Brazilian weekend without a change on Hamilton's side on the garage, it's likely an 'all or nothing' scenario and that they are going to try making it to the end of the season.

Certainly, performance-wise, Mercedes still have a clear advantage over Honda in terms of outright power. With the teams running huge levels of downforce in Mexico, Hamilton usually had an edge of around two- or three-tenths down the main straight. This advantage will likely come in more useful at the likes of the fast sweeps at Losail in Qatar, while Saudi Arabia is set to be hugely demanding on the power front.

Meanwhile, Red Bull and Honda still seem assured that they will make it to the end of the championship without needing another engine.

Hopefully, a reliability issue won't play a deciding role in what has been a tremendous duel in 2021. 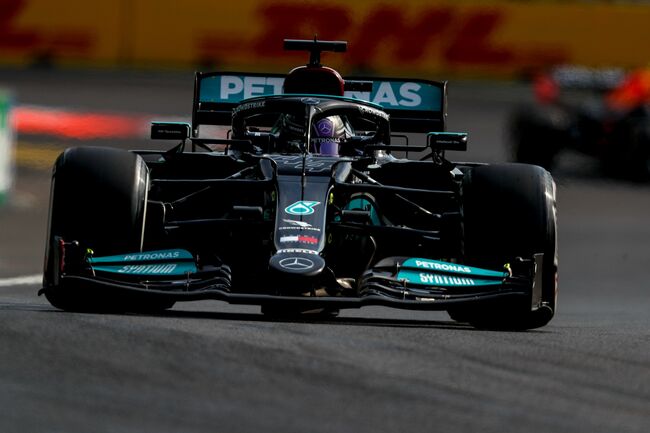 Mexico saw a pretty large swing in Ferrari's favour over third place in the Constructors' Championship, with Charles Leclerc and Carlos Sainz wrapping up a comfortable fifth and sixth place.

It's given Ferrari a tenuous 13.5-point lead with four races to go, with momentum seemingly on Maranello's side following their recent power unit updates.

But with Daniel Ricciardo now firing on all cylinders again, and Lando Norris set for a more straightforward weekend after an engine grid penalty compromised him in Mexico, Woking aren't going down without a fight.

Had Ricciardo not tagged Valtteri Bottas at Turn 1 in Mexico, he likely would have caused a major headache for the two Ferrari drivers and it would have been a continuation of the epic scrap seen in the United States.

The two behemoth teams may be 'only' fighting over third place, but it's every bit as enthralling as the fights for ultimate glory that they've enjoyed in the past.

One way to watch the Sao Paulo Grand Prix in certain countries is through F1 TV, F1's own digital streaming platform that helps you get inside the pit lane while accessing real-time statistics and timing, along with historical content.