The battle between Sam Bird and Robin Frijns was the main talking point from Saturday's Formula E race in Saudi Arabia, however a red flag meant the Englishman took victory in rather subdued fashion. 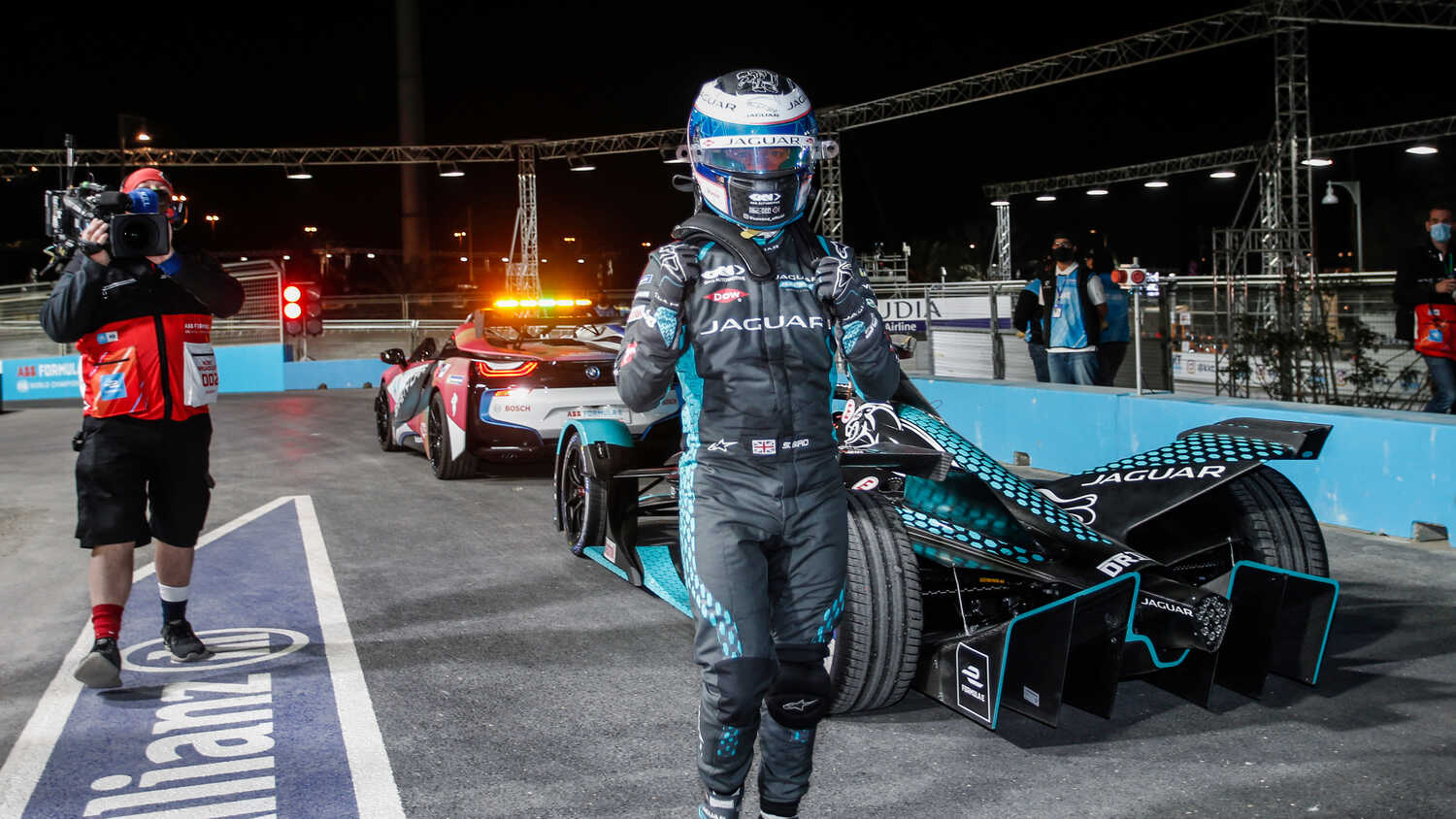 Sam Bird and Robin Frijns battled for much of Saturday's Diriyah E-Prix, but in the end it was the Jaguar man that came out on top after a red flag finish to the race.

The race looked set for a thrilling finish with the two drivers in control for much of the race, however a late accident left too much debris on the track bringing an end to the event with a few minutes to spare.

Frijns got off the line well, holding off the other challengers while Bird climbed up to second. Last season's champion Antonio Felix da Costa, who only managed an 11th place finish on Friday and started from 10th on Saturday, also moved up finding himself eighth in the early exchanges.

It wasn't long until Bird added to his great start, taking the lead from Frijns after using the attack mode on his Jaguar. The Dutchman however found his way past a few minutes once again, with the two men the favourites to take top spot after building up a gap over the likes of Jean-Eric Vergne, Sergio Sette Camara and Da Costa who continued his climb up the grid.

Jake Dennis saw his day end early after sending his Andretti car into the wall, while Da Costa and Vergne found themselves in third and fourth but nearly took each other out as Frijns lost the lead to Bird.

Sebastien Buemi was the next driver to retire while Maximilian Gunther's car was also stopped on track after colliding with Mitch Evans. Alex Lynn's accident wasn't broadcast, but the Mahindra driver flipped onto his roll hoop and was eventually taken to hospital for a check, though his team confirmed he is doing ok.

The accident proved to be much for track marshals as the red flag was brought out, meaning Bird took home the victory in subdued fashion ahead of Frijns and Vergne. Da Costa settled for fourth, while Nick Cassidy rounded out the top five ahead of Sergio Sette Camara.